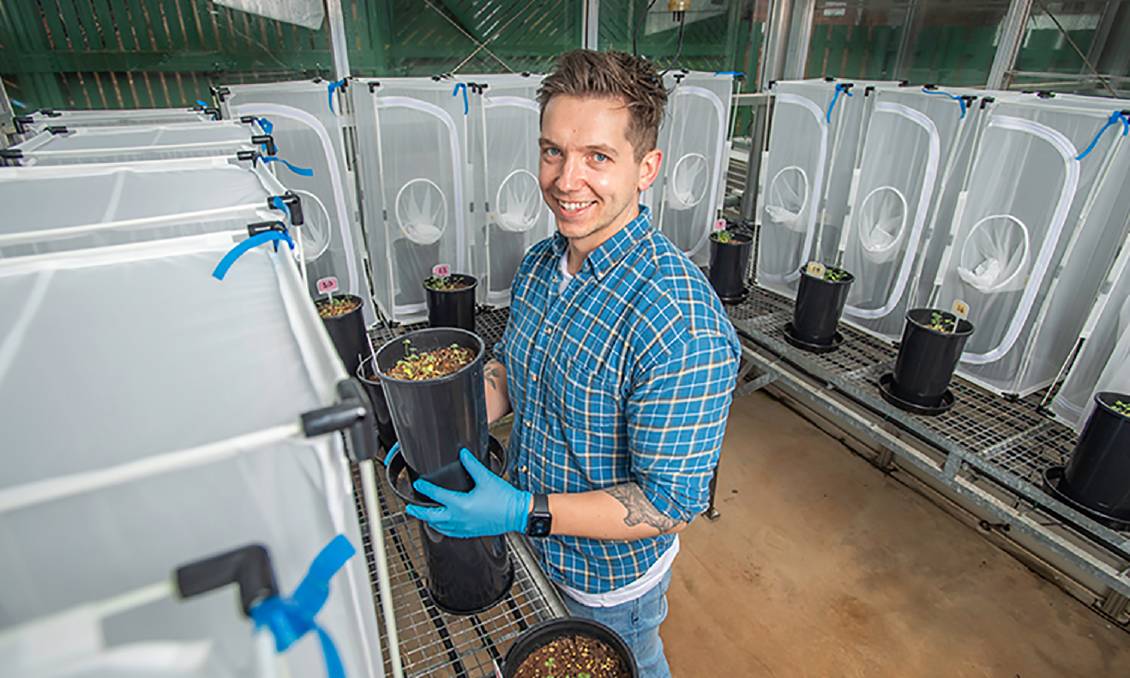 New research showing that fungi can be a game-changer for plants' resistance to pesky insects has just received a boost.

New research showing that a particular type of fungi can be a game-changer for plants' resistance to pesky insects has just received a $450,000 injection from the Federal Government.

University of Southern Queensland research into the essential role of fungal biodiversity to the future of agriculture has been recognised by the Australian Research Council, with ecologist Dr Adam Frew to receive $453,582 to further his work into using fungi to enhance plant resistance to insects.

It is part of the $83 million announced recently for projects led by emerging researchers across the country under the ARC Discovery Early Career Researcher Award scheme.

Dr Frew said they were looking into how the diversity of beneficial fungi in soil was impacted by agricultural management and how fungi could affect plant defences.

"If we understand these interactions better, we are closer to being able to use the fungi to help crop plants access soil nutrients and defend themselves from attack," Dr Frew said.

"This may mean we can reduce fertiliser and pesticide inputs, which can be damaging to soil biology, thus ensuring the sustainability of crop production into the future."

"We're building on past research by others that has shown that fungi in the soil can create networks between plants, even allowing them to transmit information to each other," he said.

"This means if a plant is being attacked by insects it can communicate this to neighbouring plants in order for them to sure up their defences.

"We are researching which fungal species might be best suited to a particular plant group or a particular soil type, to help improve and protect them."

Sponsored by
It was the first time the breed had entered the competition and they rose straight to the top.
Test
There was a smaller yarding of 315 head at Toowoomba on Monday.
Test
A renowned Brangus breeder is being remembered as a beloved 'matriarch', who's left behind a lasting legacy.
Test
The aptly named Scenic Views is an aggregation of farm land across six titles in the picturesque Swanfels Valley.
Test
A smaller yarding was sold at Stariha Auctions Woodford cattle sale on Monday.
Test
A tornado has been spotted at Pittsworth, southwest of Toowoomba.
Test
Country serenity with some beef income on the side.
Test
Queensland's premier has released a plan for opening borders by Christmas, but it relies on vaccination rates.
Test