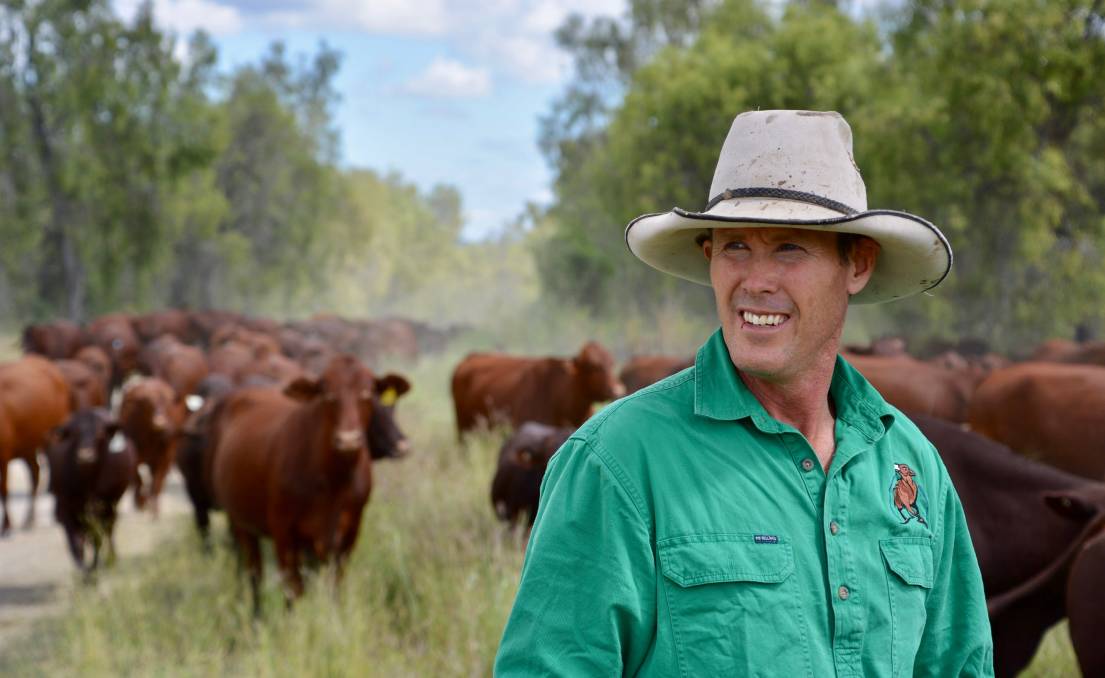 Gyranda Santa Gertrudis Stud is embracing new genomics research and a blunt numbers game to ensure it continues to meet the needs of commercial beef producers.

This is branded content for Gyranda Santa Gertrudis Stud.

Stud principal Peter Mahony recently hosted a field day where results from the Northern Genomics Project were delivered to around 80 beef producers and cattle industry stakeholders.

The Northern Genomics Project has examined data from the 30,000 cattle - across multiple breeds - throughout northern Australia.

The project aims to develop a genetic test suitable for the northern cattle industry focussing on fertility traits, to arm beef producers with the tools to improve their genetic selection.

The project has genotyped more than 30,000 females from 54 different properties in Queensland, Northern Territory and Western Australia.

Gyranda Santa Gertrudis is a participant in the project and stud principal Peter Mahony said in time, the data made available under the project would deliver enormous benefits to the northern Australian beef industry.

"Although the project is in its early stages, I think it will be game changing because it can analyse traits across breeds and does so in a way you don't need in-depth recording like you do in a stud," Mr Mahony said.

"In 150kg/year country or even better country like ours where cattle should grow at 200 - 220kg it is a big ask of a heifer to get to joining weight as a yearling," he said.

"Despite this Gyranda has always yearling mated and have driven down the age of sexual maturity in their herd because of it.

"If we hit a tough year, as you often do, that heifer will struggle to get back into calf in her three-month period especially if she is 270 odd kilos when she first falls pregnant."

The blunt numbers game at Gyranda shows that there are genetic lines that will consistently deliver, all-be-it with a smaller framed cow that takes an extra year or two to reach her full mature weight.

The Northern Genomics Project potentially identifies much earlier which heifers not only may fall pregnant early but also those heifers that will successfully rebreed the following year.

"If we can identify those heifers that have a better chance of rebreeding before we join the first time then we can push the weight envelope, and the early sexual maturity envelope without so much risk of a financial crash the following year if the season turns," Mr Mahony said.

"Conversely we will hold some heifers over to join as two-year-olds that are simply too light and don't have the genetics."

Fertility gains aside, Mr Mahony said the project's data on tick resistance and fly scores would be very useful for commercial beef producers.

"The data gives us tools to measure other traits that we currently don't have EBVs for at the moment," Mr Mahony said.

"These are tick resistance and fly score, both traits that are hard to measure but critically important to our market and people who buy our bulls."