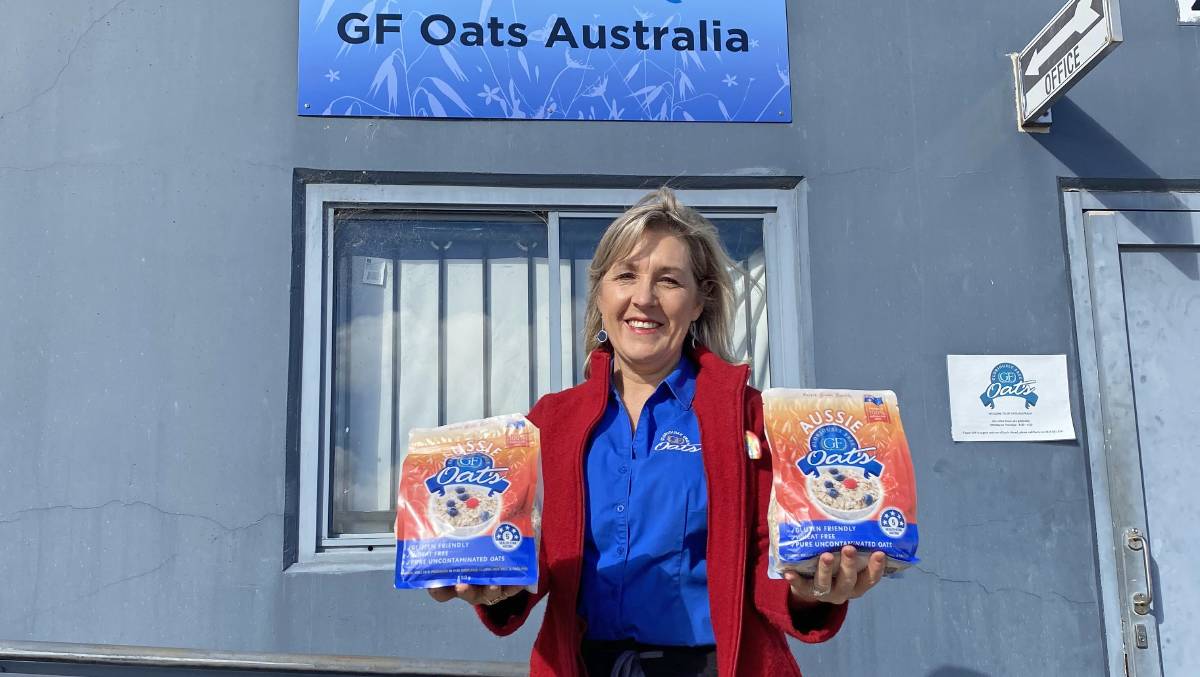 A Queensland food company says its new Australian-grown, low gluten rolled oats are the first of their kind to hit the market.

A Queensland food company says its new Australian-grown, low gluten rolled oats are the first of their kind to hit the market.

Toowoomba-based GF Oats' new product, Aussie Oats, contains oats from West Australian farmers who specialise in growing and processing the crop in an environment free from gluten contamination from grains like wheat, barley and spelt.

Previously, consumers had to choose between Australian-made oats containing unknown amounts of gluten due to contamination, or imported oats marketed as 'wheat free' or 'low gluten'.

The Aussie Oats journey from concept to shelf has been five years in the making, beginning in 2016 when GF Oats owner and CEO Kylie Martin got in contact with Avena Mills near Wandering, WA.

Avena had been cleaning, grading and de-husking oats for stockfeed since opening its doors in 2010, but later upgraded its facilities to de-hull, dry and roll oats for the human consumption market.

GF Oats put in its first order for 10 tonnes of oats in April this year and it was bagged for sale in July.

The rolled product was sent in 50-pound tote bags to the Toowoomba facility and then downpacked by Endeavour Foundation Industries, a provider of supported employment services to individuals with intellectual disabilities.

Prior to the partnership with Avena, the company was importing all of its 150-tonne annual supply from the US.

Ms Martin is now looking to scale up its WA production and has developed specifications for eastern farmers who want to tap into the low gluten market.

"This is to reduce our costs, but also to shore up our supply so if WA has a drought one year, hopefully we've still got supply here on the eastern seaboard to meet demand," Ms Martin said.

"By helping farmers understand the requirements for growing uncontaminated oats, they can dedicate land to grow this new crop, providing Aussie grown oats, creating access to a new product for consumers looking for Australian made and Australian grown products.

"They might already grow rice or millet or other gluten free crops and the gluten free oats will be a nice rotation for them.

"It's also a premium price for a product when they're already meeting the same compliance issues with their current crops that we would need. So it'll be of benefit for those farmers."

Read more:Noodles, rice: How to make oats a mainstream food

She said the bonus of Australian-grown oats was having a product that didn't attract trade embargoes.

"Asia has blocked out Canada and the US from accepting any of their oats, so there's quite a growing niche demand in countries like Malaysia, Singapore, Korea, to name a few.

"They are using gluten free oats in some of their products and are wanting to swap over to an Australian brand because that way they don't have to pay the embargo, so there's a nice little niche for us to slip into."

Ms Martin said they've been in contact with several potential crop suppliers in the east, including one in Queensland.

"A family at Goondiwindi has some rice crops and they've shown expressions of interest to grow the oats."

Ms Martin said she was looking to carve out a niche in domestic and international markets but strict labelling laws at home could hamper sales.

"My greatest challenge here is that I can't call these oats gluten free like I can in the rest of the world, so we call them 'gluten friendly' to communicate that they're nil gluten," Ms Martin said.

According to Food Standards Australia New Zealand, a product that contains oats cannot be labelled gluten free, but can be labelled 'low gluten' if it meets certain thresholds.

GF Oats is in talks with the Australian Small Business and Family Enterprise Ombudsman and researchers to get the labelling restriction lifted.

"It's really inhibiting the growth of our company domestically because no manufacturers will take the product on, because they can't label the product gluten-free," Ms Martin said.

"Domestically we're going to be a bit hogtied until the food labelling changes. We can't get a lot more growth out of the domestic sales, so we're looking overseas. That will probably be where we sell most of this product."

GF Oats sells its products online and in selected retailers but is currently in discussions with Woolworths to supply about 200 stores.