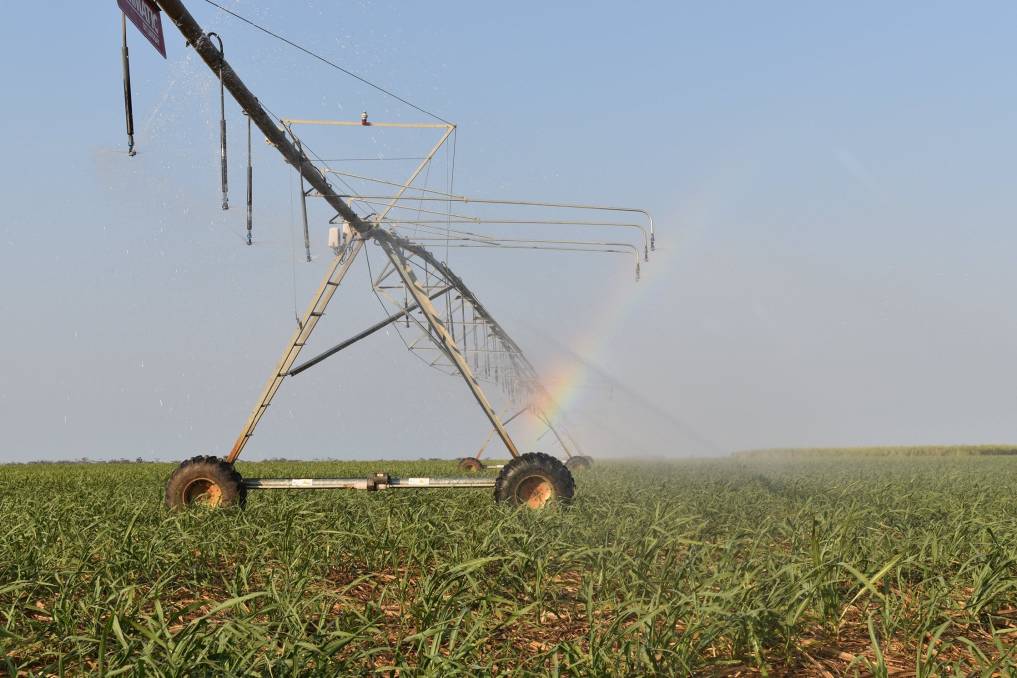 Queensland's peak sugarcane growers body is calling for a large rebate to be available to all irrigation operations.

Queensland's peak sugarcane growers body is calling the recent irrigation rebate given to horticultural growers as "unfair" and "discriminatory" to broadacre farming operations.

The Palaszczuk government announced recently that horticulture growers would be able to access a further 35 per cent rebate on water charges.

The additional discount on Sunwater and Seqwater irrigation charges for horticulture growers is on top of the 15 per cent discount provided to all irrigators for the next three years.

During the 2020 state election campaign Canegrowers welcomed the acknowledgement from the Labor party that water costs for irrigators were too high and needed to be cut.

"We questioned it at the time and we still do," Mr Galligan said.

"Offering a 15 per cent price cut to broadacre farming including sugarcane and a 50pc cut to horticulture production is unfair and discriminatory.

"The fact is that all of agriculture contributes to employment and the state economy. Sugarcane farming in Queensland alone underpins a value chain worth around $4 billion of economic activity every year."

Mr Galligan believes a large rebate should be available to all irrigation operations.

"The price of water holds many growers back from making the most of their water allocations and that means their farms may not be as productive as they could be," he said.

"If the cost of water were reduced across the board, the water will be used and the benefits in economic activity and jobs will flow too. This is true no matter the crop being grown - broadacre or horticulture."

Rebates a "significant investment" in the hort sector

Queensland's horticulture sector has commended the Palaszczuk government on delivering on it's election commitment to slash irrigation costs.

Growcom Chief Executive Officer, Stephen Barnard, acknowledged the government for its significant investment in the sector and for making the rebate easy to access for growers.

"This rebate is the single most significant initiative this government has put into place to directly benefit the horticultural industry and the jobs it supports," Mr Barnard said.

"Keeping the red tape to an absolute minimum will ensure more funds would flow to irrigators who can use the support to grow their businesses and invest in the regional communities that rely on them."

Minister for Regional Development, Manufacturing and Water Glenn Butcher said the rebate was part of the government's $81.6 million commitment to reduce irrigation prices across the state.

"Irrigated agriculture - including fruit, vegetable, nut and turf operations - is one of Queensland's most important industries, both in terms of employment and value to our economy," Mr Butcher said.

"This rebate will take the water cost reduction to a 50 per cent discount for horticultural irrigators in recognition of the significant jobs supported by these crops."

Mr Butcher said growers would be able to apply for the rebate immediately after paying their first bill of the new financial year.

"Every drop of water used to irrigate horticultural crops in the next three years will be eligible for the discount, whether growers apply tomorrow or on 31 December 2024 when the scheme ends."

"We committed to a rebate scheme that would be simple and straightforward for horticulture growers to access and claim their additional discount," Mr Furner said.

"I'm pleased to say that we have met that commitment, and that horticultural growers will be able to apply for their rebate using the kinds of evidence they would already have as part of running their business."

The program will be flexible enough to accommodate all forms of eligible horticultural farm businesses across the State.

Sponsored by
The hectare Brisbane Valley property South Kipper has sold for $3.2 million.
Test
SupPlant's hardware-software solution is being used to monitor tree crops, orchards and vineyards in 14 countries.
Test
Thanks to the approaching wet season, the Department of Transport and Main Roads has temporarily reopened the Alice River bridge on the Landsborough Highway south of Barcaldine.
Test
Australian Dairy Farmers president Rick Gladigau is not apologising for his controversial comments about fellow board members.
Test
If governments and industry continue to work with us and with our regional communities - collaboratively, openly - together we can achieve so much.
Test
Forecasts for high temperatures over the interior and west coast while the east coast continues to be battered by storm activity.
Test
While other markets were bouncing all over the shop, the wool market showed relative calm and composure.
Test
A surge in demand for yarn amid COVID-19 lockdowns has seen boutique woollen mills move to increase their output.
Test