They say the decision to work with sugarcane was a natural one for the company.

The Original Cane spirit is perfect for tropical cocktails, distilled sugarcane spirits are commonly found in the bustling nightclubs of Brazil, known as Cachaa - the country's national spirit.

Considerably smaller than the aforementioned, their rum comes with a point of difference; it is Australia's first and only organic rum.

Branded separately as Nil Desperandum - Latin for do not despair - the rum's organic molasses is sourced from the Millaquin Mill in Bundaberg and is scheduled for release next February.

Cavu co-founder Michael Conrad said that by working with organic sugarcane, they can produce a "better product".

"Organic produce means that there has been care for the product during the whole process," Mr Conrad said. "Everything is done to take care of the product and show it off in its best light."

"If you take the best possible product, being organic molasses over an industrial version, and apply the same love and care you're going to have a better product and the end of the day."

Paddock to pint, back to paddock

Mr Conrad the decision to work with sugarcane was a natural one for the company.

"It's our ethos to work with local produce and Queensland is one of the top ten sugar producers in the world," Mr Conrad said.

"These two projects give us a chance to work with local producers to create something unique and exciting." 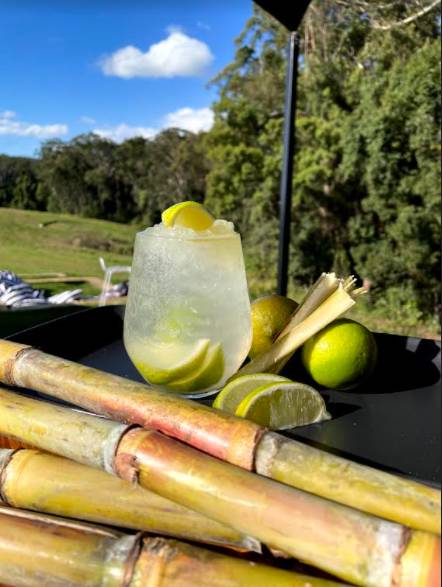 Cavu a splash of fresh sugarcane juice to their Original Cane, for the "perfect" cocktail base.

Mr Conrad, who has six decades of fine dining experience, said that where they can the company will minimise waste.

Molasses from the organic rum is being put back into agriculture, providing their mineral rich stillage as "top shelf" cattle feed.

"I've always been a big believer of nose to tail, and we try and apply that to waste," he said.

"Weather it's into fertilizer or into cattle feed, the waste can be put back into the paddocks to create a happy circle of supply."