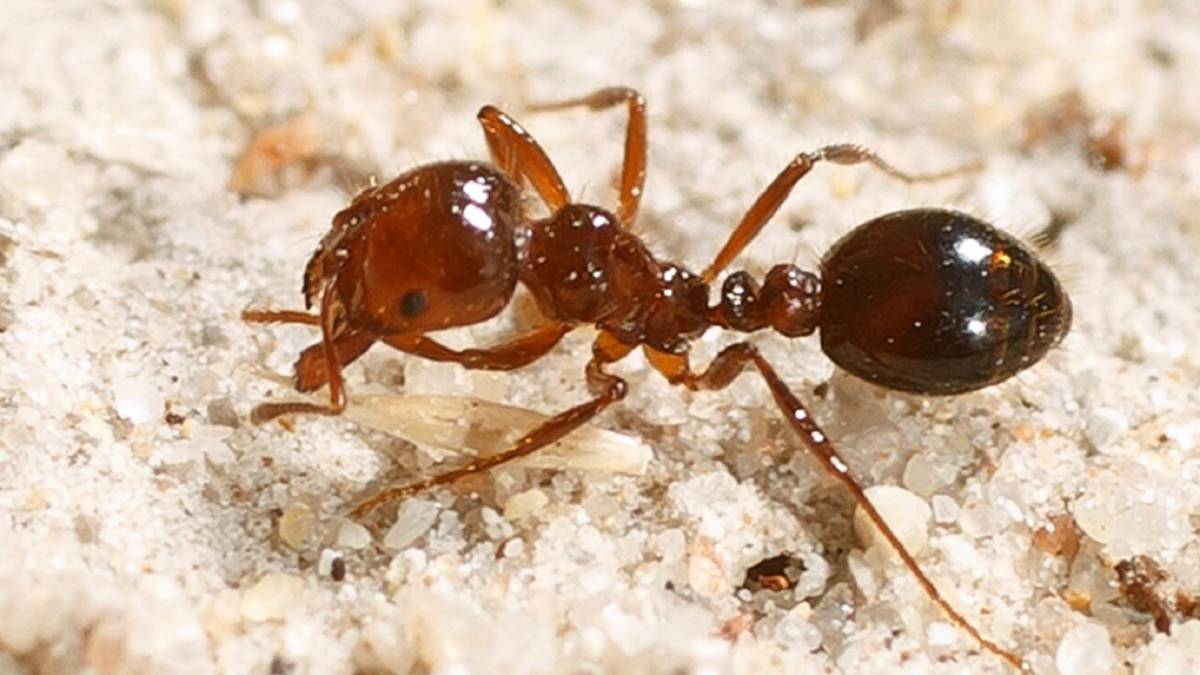 Fire ants are one of the world's 'super pests' and were first discovered in Queensland's south east in 2001.

Government modelling shows that fire ants would have spread as far as Longreach and Bowen, if not for the acceleration of the National Fire Ants Eradication Program's (NFAEP) ten year plan.

Fire ants are one of the world's 'super pests' and were first discovered in Queensland's south east in 2001.

They have since become the state's most costly invasive species, according to new research by NeoBiata, racking a bill of more than $1 billion.

The NFAEP's $411 million ten year plan was rolled out in 2017, following criticism that national eradication program had failed.

Nearly half of the funding has already been spent, after the federal government and other states agreed to bring forward funding for the project.

The funding will now be hit with a $25.1 planned reduction, to adjust for the funding that was brought forward in the financial years of 2018-21. 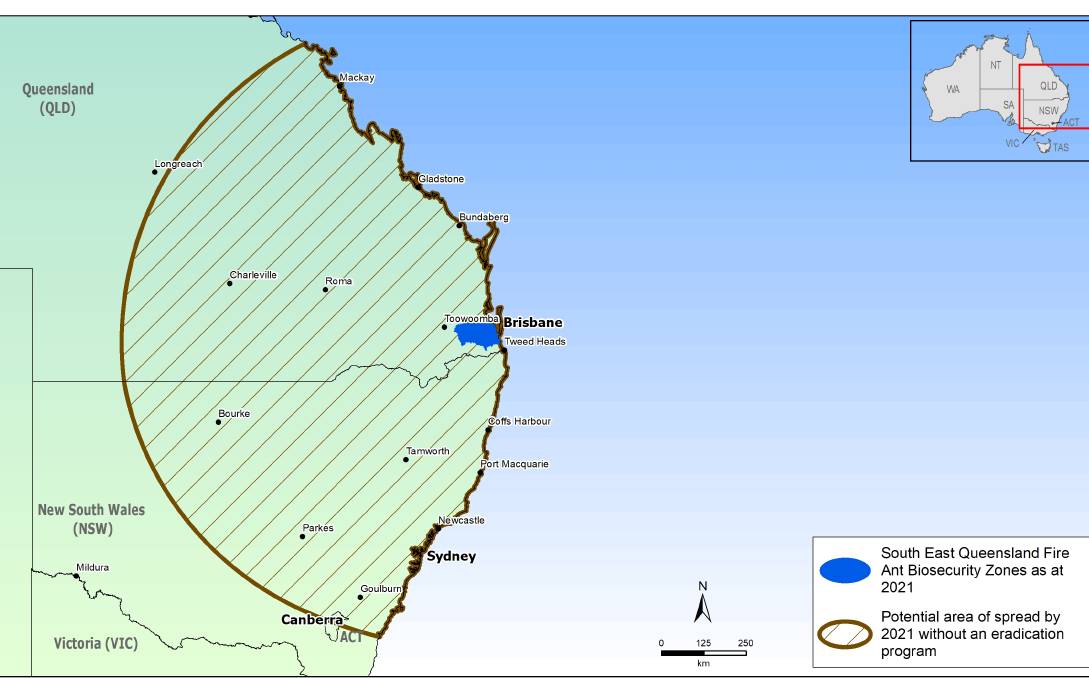 Provided: Department of Agriculture and Fisheries

"Modelling shows that without the interventions undertaken by the program this pest would have spread as far north as Bowen, west to Longreach and south to Canberra by now," he said.

There has been a year on year increase fire ant sightings reported since the beginning of the ten year plan, bar 2020.

Mr Furner said that increased funding, awareness and media coverage is what is driving the increase in sightings.

"Increased reporting of nests shows the National Program's work to engage the public in the fight to eradicate the ants is succeeding.

"When nests are reported they can be destroyed, so increased reporting is vital to the National Program's success."

Fire ant writer and researcher, Dr Pam Swepson, worked as a fire ant community engagement officer for DPI (now DAF) when the the eradication program first came into place in 2001.

Dr Swepson left DPI 2003, and accused the state government of 'covering up' fire ant data, in an effort to obtain more funding.

"There is more sightings, simply because there are more fire ants," Dr Swepson said.

"The infestation has gone from 40,000 hectares in 2001 to more than 650,000 hectares now, and has cost more than $600 million so far. The question is now to the commonwealth and the states is that are they throwing more good money after bad. 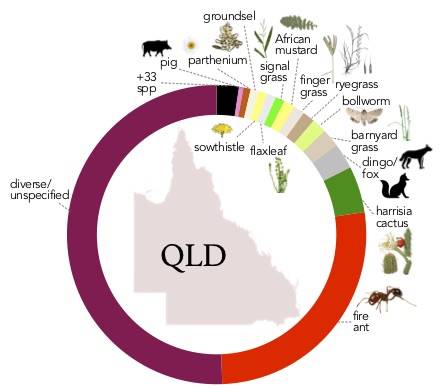 Dr Swepson said that containment rather than eradication would have bring more practical method of controlling fire ants.

"There is no regulation to prevent the spread of materials that contain fire ants," she said.

"The biggest threat is the movement of materials, there is no protocol to inspect soil and mulch when moved that it hasn't been infested with fire ants."

Shadow minister for agriculture Tony Perrett said that slowing down of funding from the state government will have serious implications if infestations are left to grow.

"It doesn't matter whether you're a major landholder in the Somerset or a townhouse owner in Southport, fire ants pose a significant environmental, biosecurity and financial burden," Mr Perrett said.

"Given the Minister has acknowledged sightings have increased year on year and the widespread public hesitancy in the program, the current approach clearly is not working."

Mr Perrett accused the government of ignoring recommendations made by experts, and called for more funding to be made available to eradicate fire ants.

"The program must be properly funded and the expert recommendations must be implemented so we can eradicate fire ants in Queensland."

"This review, completed in 2019 by Bernard Wonder, has raised many valid recommendations and shockingly the government has ignored many of them.

"The program must be properly funded and the expert recommendations must be implemented so we can eradicate fire ants in Queensland."

A strategic review of the ten year program is expected to be completed later this year, with recommendations to be considered by the state government in 2022.