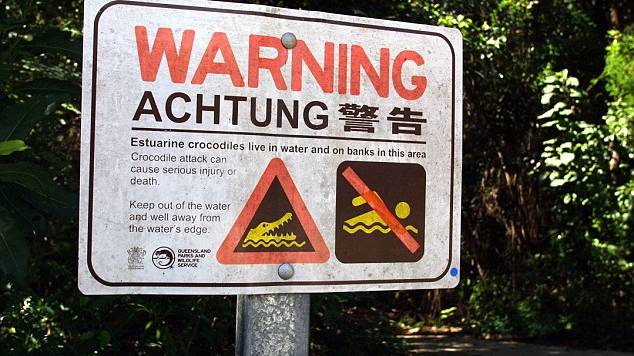 A Queensland government report issued last week that claimed the state's crocodile population has survived near extinction has unsurprisingly been slammed by Kennedy MP Bob Katter.

A Queensland government report issued last week that claimed the state's crocodile population has survived near extinction has unsurprisingly been slammed by Kennedy MP Bob Katter.

Both federal and state arms of Katter's Australian Party have long claimed that numbers are much greater than statistics show, calling for the state to 'get real' on management and threatening to block a budget unless culling and safari initiatives were brought in.

In 2018 the government released an update on its crocodile management program after the first year of surveying waterways, which showed 684 sightings in 2017, compared to 378 the year before.

Hill MP Shane Knuth said at the time that this was a huge increase from 176 sightings in 2010, adding that "any sane person would argue it represents a large increase in crocodile numbers".

The results of the monitoring program were finally released last week, putting the average rate of population growth for the species across its range at 2.2 per cent per year.

According to the program's leader Dr Matt Brien, from the Department of Environment and Science, the population recovery "has been relatively slow and highly variable across the ranges of species since the unregulated hunting of estuarine crocodiles for their skins was banned."

Mr Katter has dismissed the finding that the population has only grown by 2 per cent annually as an offence to the intellect of the people that live in crocodile country.

"These people, they don't have any intellectual respect, they shot that to pieces long ago," Mr Katter said.

"Their value systems are positively scary; they want all creatures protected except a species called Homo sapiens.

"If you know crocs, then you know that an average crocodile lays around 55 eggs a year. But when you remove all the predators, those numbers are logically going to explode."

WATCH: Two crocs swim away with a cow

Mr Katter said the species' predators, both Aboriginal people raiding nests and then hunters "who were seen to be doing a great service" had been removed from their life cycle, unbalancing nature.

"What would be peculiar is if the numbers weren't exploding, especially if the number of babies a crocodile can have each year is over 50. "

He repeated anecdotes passed on to him by northern fishermen, that gropers were all but gone, which he said they attributed to a build-up in croc numbers.

"These are the people who know the sea and the reef intimately up here, and they are saying the gropers ate the box jellyfish and Irukandji and so because the crocs have eaten all the gropers, the increase in those dangerous jellyfish has exploded as well."

Mr Katter put last week's survey outcomes in the same boat as a survey on dugong that he said had received international publicity after saying numbers had halved on the Great Barrier Reef.

"So you don't need to be Albert Einstein to figure out that if the average female crocodile can have more than 50 babies the numbers will grow and to tell me that there has been a 2 per cent growth in numbers is just insulting my intelligence on a massive scale.

"I will ram it down the throats of the Lilypad Lefties and ringbarking rights, you will have respect for life or you will be condemned as evil."