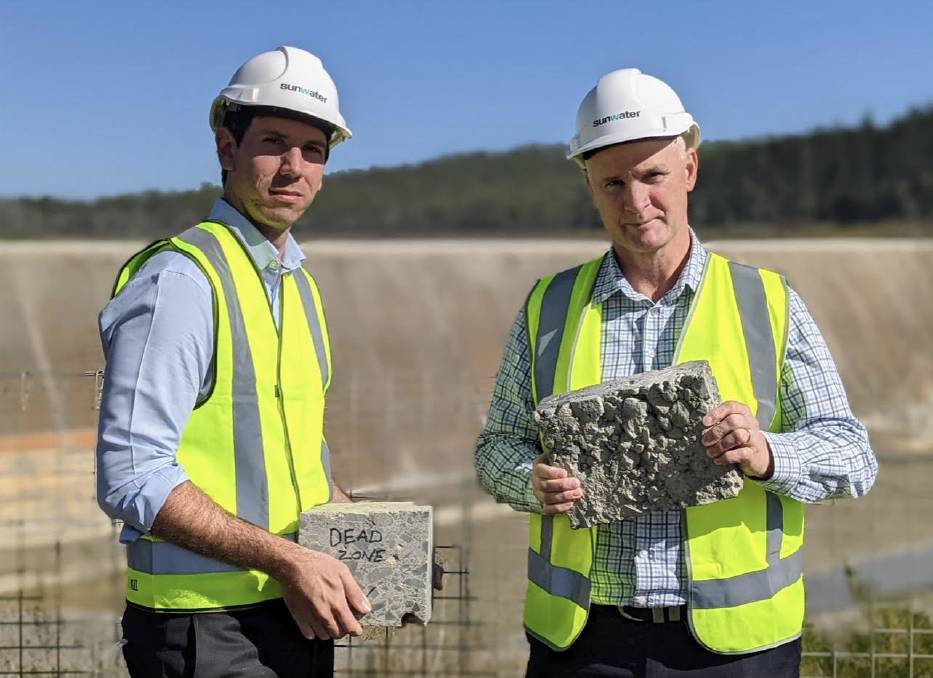 Bundaberg MP Tom Smith and Water Minister Glenn Butcher, Gladstone, pictured in front of the Paradise Dam wall in late July. Both MP's are holding a sample of a roller compacted concrete, which is behind the government's dam remediation.

The state government has defended their approach to improving water security in Wide Bay Burnett region, after coming under fire in parliament estimate hearings last week.

The state government came under fire for their lack of commitment to improving water security in the Wide Bay-Burnett region during parliamentary estimates hearings last week.

As the Bundaberg region continues to fall victim to drought, farmers on the Burnett sub-scheme, otherwise known as Paradise Dam, have had to work with 22 per cent water allocations since early July.

During a recent media interview with journalists regarding Paradise Dam, Bundaberg MP Tom Smith stated that if the dam wall couldn't be returned to it's original height and capacity, Mr Smith assured water users there, "... will be water security there through another form of infrastructure...".

But when asked by the opposition during estimates on how the government planned to assist growers during the tough growing conditions, Water Minister Glenn Butcher told the hearing that the government"...were expecting a large rain event this year in the wet season".

Opposition spokesperson for water and the construction of dams, Deb Frecklington, said the state government had turned its back on growers in the Wide Bay-Burnett region.

"The state government clearly has no idea of the implications low water allocations have on growers," Ms Frecklington said.

"Whether it be Labor's decision to tear down the walls of Paradise Dam, their failure to provide any alternative water infrastructure, or the mixed messaging from Labor MPs in the media, the Bundaberg region deserves better."

Minister for Water Glenn Butcher disputed the oppositions claims, and said the government understands the issues facing local irrigators through the ongoing drought.

"I have been out to the dam and met irrigators and growers from the region on their properties," Mr Butcher said.

"They all acknowledge the significant safety risks (Paradise Dam) presented and understand the need for the essential works program.

"This work was vital to ensure the safety of communities downstream - including Bundaberg - and farm properties along the river, while also ensuring there was water to allocate to irrigators." 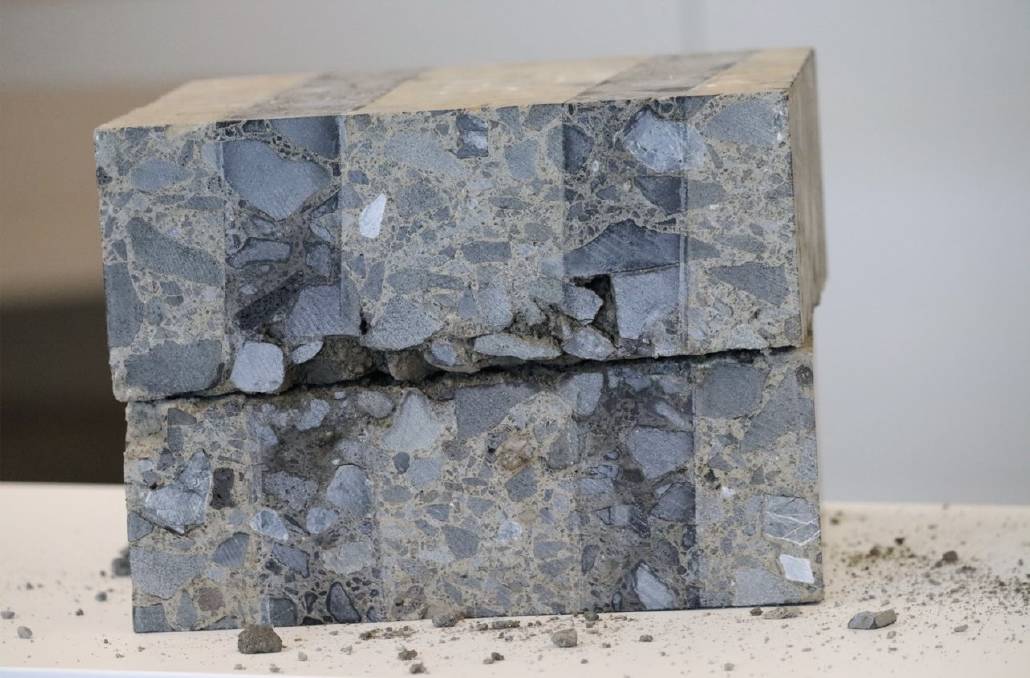 Water Minister Glenn Butcher tabled a concrete sample from the Paradise Dam wall at estimates in late July. The sample is a joint from the 'roller compacted concrete', which should be a solid piece with a neat bound.

Mr Butcher said work on the business case to determine the long term solution for Paradise Dam is well underway and is expected to be released at the end of 2021.

In response to assisting drought affected farmers in the region, Mr Butcher said the government has invested $50 million to slash irrigation water bills for irrigators across the state.

"We're reducing irrigation prices charged by Sunwater and Seqwater by 50 per cent for eligible horticulture growers and by 15 per cent for all other irrigators for the next three years," he said.

"These measures are saving an average irrigator around $2500."