Field to Fork - Second Helpings has been announced as Australia's Best Meat Cookbook in the 2021 Gourmand World Cookbook Awards.

It now will be considered for the 2022 Best in the World title early next year, an honour only given to four cookbooks from across the globe annually. 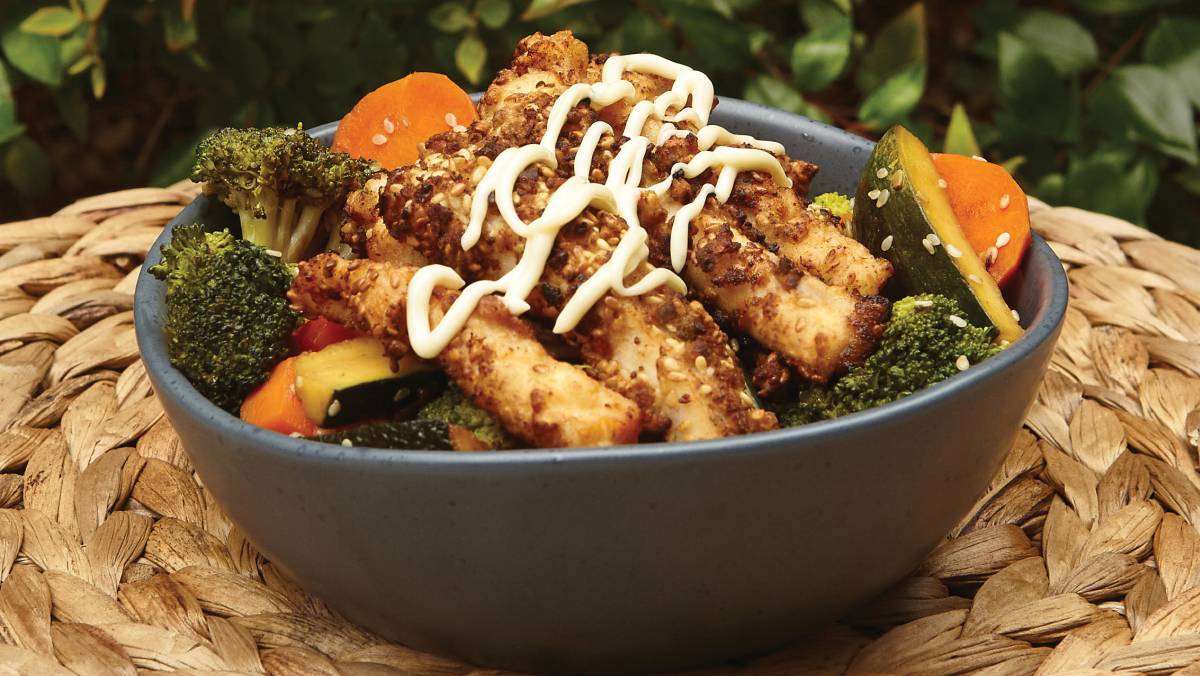 Crocodile strips crusted with dukkah are one of the mouthwatering recipes in the award-winning book.

This is the second time the Field to Fork cooking movement has been acclaimed in this way, with the initiative's first instalment - receiving the Best First Cookbook accolade in Australia in 2013.

Sporting Shooters' Association of Australia media officer Rachael Oxborrow said the award win was a testament to the connection people feel to their food and its origins.

"We have exceptional opportunities in Australia to live off our fauna and flora and produce world-class food for our table," she said. "Each and every recipe in this book is a celebration of our unique wildlife and we're proud to be recognised in this way." 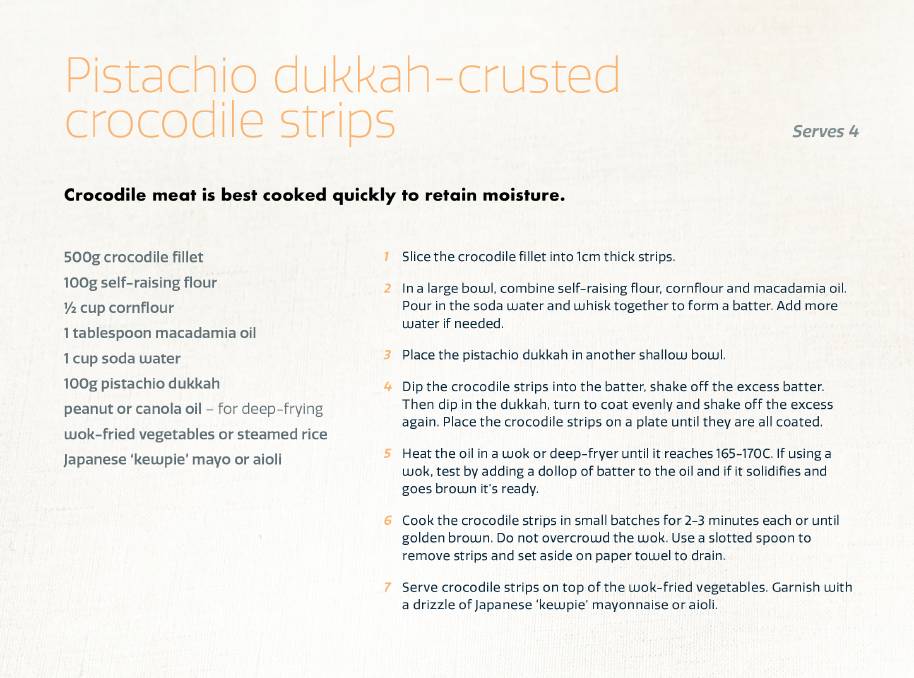 The new instalment in the Field to Fork cooking movement continues to encourage readers to embrace a local and sustainable approach to their food.

It and the first book in the series both guide readers through creating nutritious and delicious meals for the table from game meat.

Ms Oxborrow said respecting the importance Australia's fauna and flora play in sustainable harvest was key to the Field to Fork vision.

"The range of recipes in the Field to Fork sequel is an ode to the exceptional opportunities we have in Australia to live off the land," she said. "Each and every recipe has been kitchen and dining-table tested and showcases Australia's unique wildlife including duck, goat, kangaroo, venison and pork." 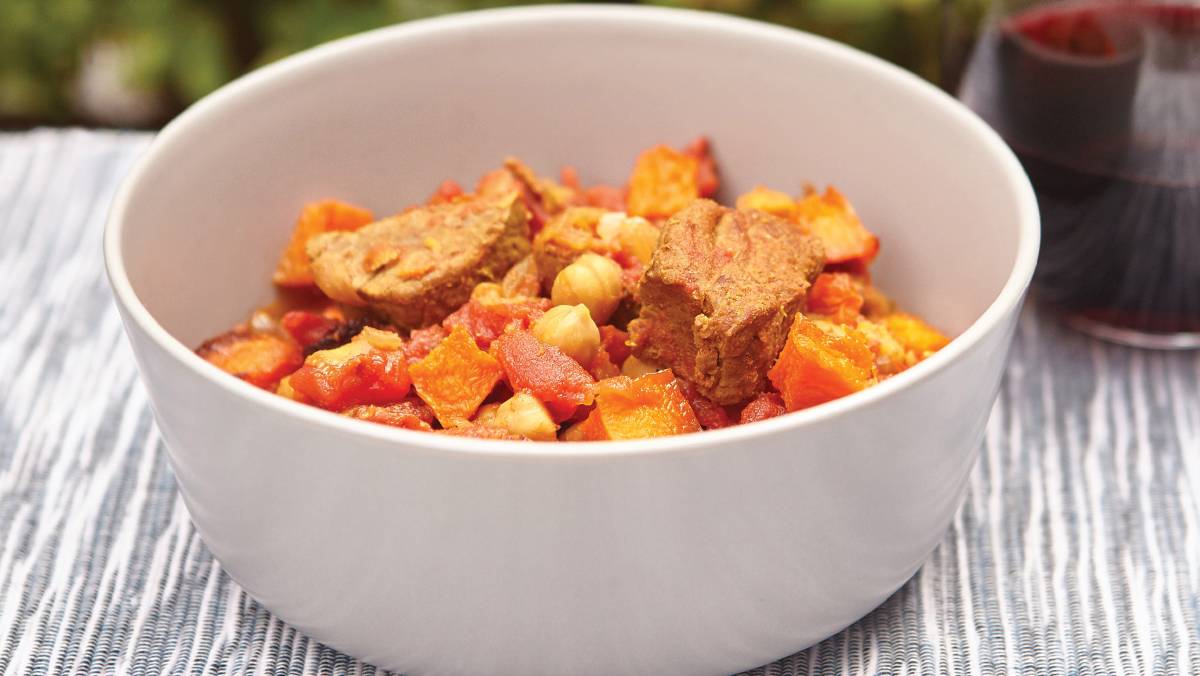 Camel meat needs slow cooking, according to the Field to Fork recipe book, and has been paired here with Moroccan spices.

She said more and more people were seeking a personal connection with their food and taking that to a grassroots level by connecting with growers and producers.

"Recreational and conservation hunting to source meat is another aspect of knowing where your food comes from," she said. "It also serves well for people to maintain an active lifestyle in a world where people are leading increasingly sedentary habits."

The Field to Fork cookbook series supports the Conservation and Wildlife Research Trust, a public fund created to preserve our wildlife and natural environment. 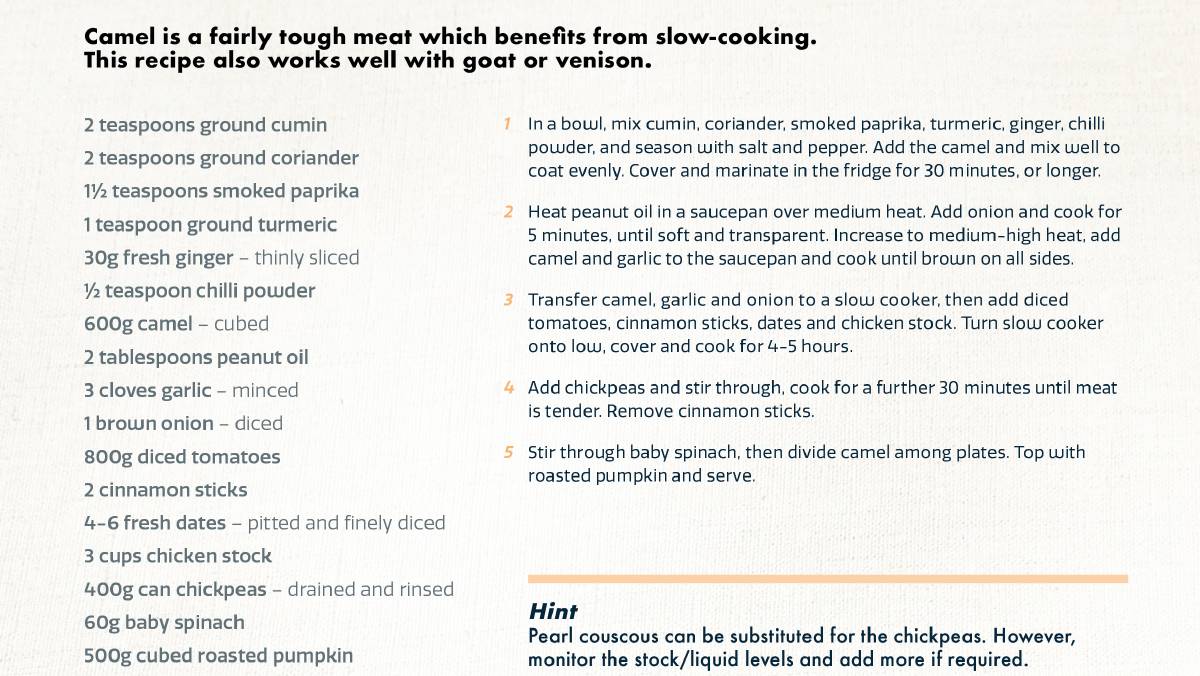 Another of the recipes in the book.

The Gourmand World Cookbook Awards was founded by Edouard Cointreau in 1995. The annual awards hail the best cookbooks in print, eBook formats and television.

The 2021 awards feature finalists from 214 countries in one of the largest and most competitive fields of nominees in the history of the initiative.