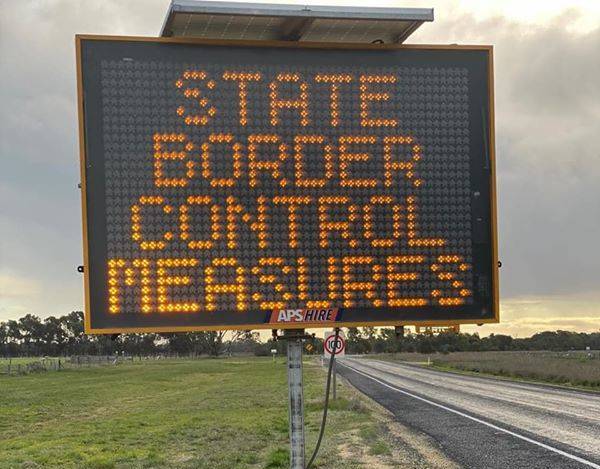 Councils have been required to put in place border infrastructure such as police stands, road bollards and boom gates.

Councils who have bore the cost New South Wales border measures are calling on the state government for them to pay back their "border bill".

The bill is expected to continue to rise, with the latest reinstalling of hard borders with NSW put in place last week.

The Paroo Shire has expended more than half of the total fee - with 16 per cent of their general rate income spent facilitating the states' ongoing border closures.

Councils have been required to put in place border infrastructure such as police stands, road bollards and boom gates.

Local Government Association or Queensland (LGAQ) CEO Greg Hallam said the state government needs to urgently reimburse councils for the money they have already spent of managing the border closures following the decision to reinstate the hard border.

"The border councils involved have stepped up without question to help the state maintain those strong border controls," Mr Hallam said.

"However, the ongoing costs of implementing these arrangements are becoming a real financial burden on some of our rural and remote councils."

"When border measures are announced, people only think of three major roads, the Newell, Pacific, New England highways, but there's nearly 1,000 other roads that need to be managed with the assistance of councils."

"I am aware that different councils put different measures in place and incurred different levels of costs. The fact is throughout this pandemic all levels of government and all agencies have borne costs," Dr Miles said.

"Arguably, the state government has borne very significant costs for matters that should have been the responsibility of the federal government."

Dr Miles said that the state government has being local government that border councils funding via COVID stimulus, which "far outweighs what they have spent".

"Goondiwindi shire council has spent $57,000 and at the same time the state government has provided it with $1.35 million of COVID Works for Queensland funding", he said.

"Paroo did incur greater costs, but at the same time the state government has provided to it three or nearly four times that much in COVID Works for Queensland funding."

"We will continue working with them [local government] to appreciate and recognise the contribution that they have made to the border closure and to keeping our communities safe."

Ms Leahy said that if the state government makes the decision to close the borders, they should be picking up the tab.

"Border closures are a state decision and should be paid for by the state, not ratepayers," Ms Leahy said.

"Councils would like the bills paid and ratepayers would like an assurance the state will cease the cost shifting onto ratepayers," Ms Leahy said.

Paroo Shire Mayor Suzette Beresford said the funding provided for COVID stimulus by the government cannot be used for the border expenses.

"We haven't been able to use the COVID stimulus as part of our border expenses," Cr Beresford said.

"We realise it's necessary to keep all Queenslanders safe and we think both state and local government entities have worked well together to achieve this.

"But at the end of the day, that expenditure on the Paroo Council was not budgeted for. And as far as we're aware, we haven't been told we can claim it against any of the funding we're receiving for COVID stimulus."