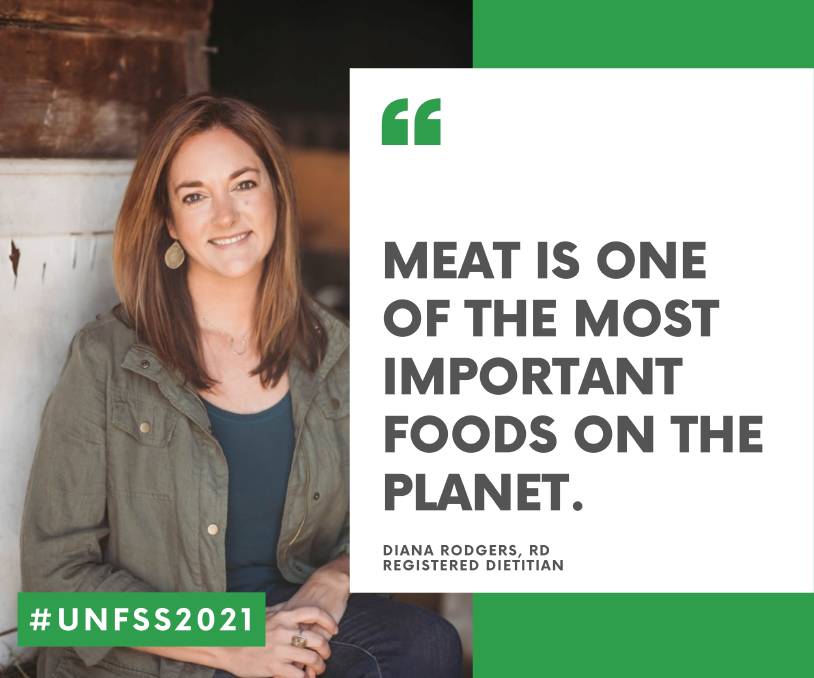 RED MEAT and farmer organisations are rallying to bring some perspective to the line-up of extreme and fanatical anti-livestock proposals seeking United Nations support at the organisation's big Food Systems Summit in Rome in September.

This week's pre-summit events have provided a glimpse of a strong vegan and animal activist agenda, with a dossier of proposals including everything from transition funds to end livestock production to a campaign to dissociate meat consumption with masculinity.

The 'Just Transition' fund advocates want farmers and communities to be assisted financially to end livestock production in a similar vein to the European Union's Just Transition Fund to support the move towards climate neutrality.

The people behind the bid for a campaign to 'dissociate meat consumption and masculinity' want a concerted mass media investment to 'attack the relationship between meat eating and stereotypical male traits like strength, decision autonomy and self determination'.

Strategies for mandating new meat taxes, pushing populations to eat algae instead of meat, calling on youth activists to 'focus on the link between climate change and animal agriculture' and preventing developing countries eating meat are also part and parcel of the affair.

Re-writing dietary guidelines to focus on sustainability is also a big agenda item.

ALSO SEE:Why some farmers are getting in bed with fake milk

Organisations like Meat & Livestock Australia, the National Farmers' Federation and the Red Meat Advisory Council have joined forces with the Global Meat Alliance and other agriculture-strong nations to pump some science and real facts into the proceedings.

MLA and GMA have put together an overview report, delivered a global independent dialogue and shared expert speaker content as part of the summit.

MLA has also funded an UNFSS Activation Kit, with the intention of facilitating a global, unified voice for the meat and livestock industry.

RMAC's chair John McKillop said the forum had been hijacked by a global network of anti-livestock and anti-meat activists.

"It is a disgrace that the UN has chosen to provide a platform for extremist proposals to end livestock production and prevent consumers from eating meat," he said.

"Australia's red meat and livestock industry has done more to reduce emissions and foster environmental stewardship than any other sector in the nation.

"Instead of attacking our hardworking graziers and meat workers, the UN should be promoting our industry's world-leading practices.

"Proposals for taxes on steaks and for people to eat algae instead of meat are not only absurd, they are a danger to consumers' health.

"Red meat is one of the safest and most nutrient-dense foods available, providing a critical source of sustenance to millions of Australian families."