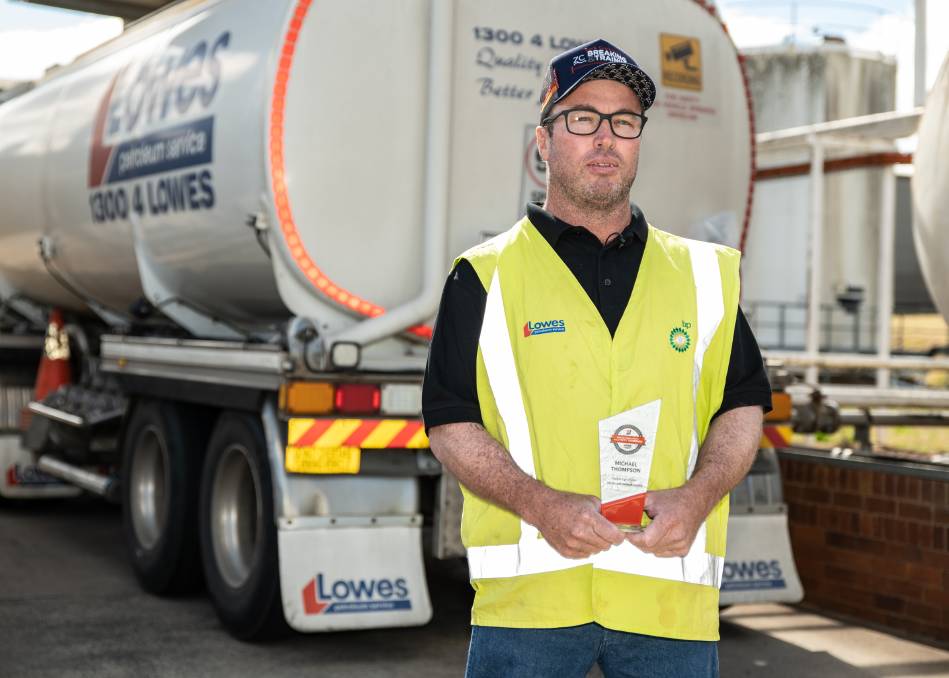 HUMBLE HERO: Truck driver Michael Thompson has been recognised for saving a man's life while on the job. Picture: Brandon Long.

Mr Thompson was recognised by the Australian Trucking Association as a Bridgestone Bandag Highway Guardian for saving 75-year-old man Terrence Stewart from near-death near Birdsville in December 2020.

The Lowes Petroleum driver was presented with the award at the Lowes Toowoomba depot among his colleagues on Wednesday.

Mr Thompson was en route to a fuel delivery to Cordillo Downs Station when he came to the rescue of a severely dehydrated Mr Stewart.

Mr Stewart was mapping out a route for a charity car rally when his vehicle broke down.

After spending the night in the car, he left a note saying he intended to walk the 30km to Cordillo.

The temperature that day was about 48 degrees.

Mr Thompson followed his tracks in his truck for 13 kilometres, and upon finding him, began first aid even though he believed Mr Stewart was dead.

Mr Stewart, who appeared via video link on Wednesday, said he was forever thankful to his rescuer.

"It's just a big thank you from my family, from my wife, my three kids, four grandkids and two more on the way in the next couple of months," Mr Stewart said.

"I know we shared emotions a couple of months ago when we caught up. You are a lifelong friend to me and my family.

"God bless you and Bec and your daughter for the character within you and what you've done."

Mr Thompson said he was just doing what he thought was right.

"I just don't think you deserve an award for doing something good. I'd do it again tomorrow and the next day," he said. 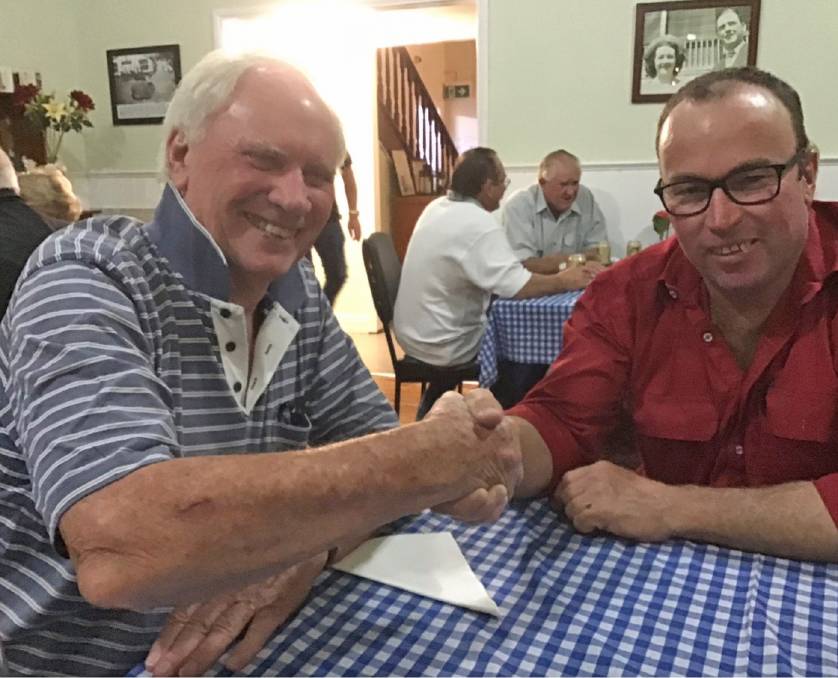 "Truck drivers operating in the outback and on remote routes are vital for stations to receive the goods and services they require to operate, but Michael Thompson highlights the critical role that our industry plays in looking out for others on the roads as well," Mr Smith said.

"Terrence was subjected to some of Australia's harshest conditions through no fault of his own, but had there not have been a fuel delivery scheduled that week, it could have been a very different outcome.

"We're fortunate to have people like Michael Thompson, with the instincts to identify that something's not right and who can apply the initiative, to facilitate the assistance needed at that moment."