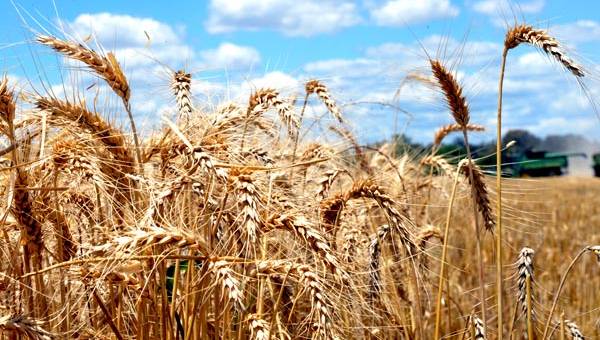 The Australian dollar has come under increased pressure in recent weeks as investors become more pessimistic towards the economic outlook. More than half of Australia's population has been forced into lockdown as authorities struggled to contain the Delta COVID variant.

Australia's grain sector has largely escaped the damages seen in some other industries. Supply chains have adapted to cope with the COVID challenges. Australian grain exports are running at record pace and its shaping up for another big year in 2021/22.

Recent weakness in the Australian dollar is good news for farmers, keeping prices firm with signs global prices are starting to wobble. The Australian dollar has tumbled by more than 3 per cent in the past four weeks, in theory offering a $10 boost for export from export markets.

Expectations that Canada's grain output will fall sharply due to drought was also supportive for new crop Australian grain prices. Black Sea and European cash wheat prices strengthened last week amid speculation Canada's wheat and barley yields are likely to fall by 15-20pc from earlier forecasts when the full extent of the drought is realised. Rain is unlikely to offer significant help for Canada's grain crops with more than 90pc of wheat crops already in head. Crops are reportedly ripening quickly with the hot, dry weather with harvest expected to start in the coming weeks.

New crop stockfeed wheat prices into southern Queensland increased by $10 to $308 delivered to Darling Downs locations. Barley was $2 higher at $269 a tonne. Sorghum prices were steady at $315 delivered Darling Downs.

Scattered showers are keeping southern Queensland grain crops well-watered and on track for bumper yields. Most farmers in the western Darling Downs received 3-10 millimetres in the past week, which will ensure above average monthly rainfall.

Darling Downs farmers have received a general 40-50mm in July with upwards of 80mm along the ranges. The wet weather has also extended to the west with 25-45mm around Roma, Surat and Goondiwindi.

Too much rain is becoming a concern for farmers in WA. Cropping area across WA have already received 50-80mm for July, with forecasts of destructive rain front later this week. The cold weather front is forecast to cause damaging winds and flooding. Already saturated cropping areas across the state may see another 50mm of rain this week.