The market has reached its sweet spot for fine woolgrowers and with prices high enough to encourage sellers experts urge growers make hay while the sun shines. 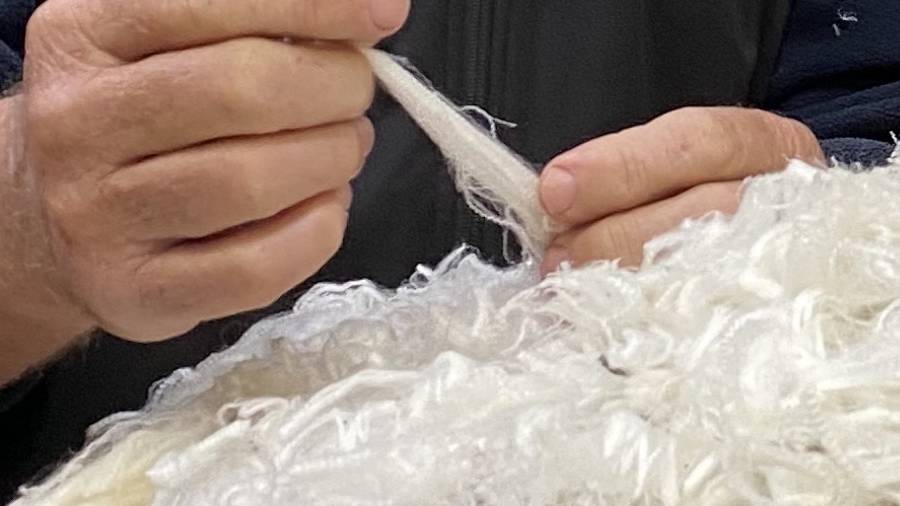 The wool market has reached its sweet spot for fine wool growers but experts are encouraging growers to make hay while the sun shines and sell now, before they are caught out.

At the superfine end, 17-micron wools have risen 922 cents or 58 per cent year-on-year.

And according to industry specialists the demand for fine microns has also translated into a large price divergence between fine, medium and broad microns.

Mecardo's managing director Robert Hermann said due to the recent drought and low national flock numbers, the the industry is in exceptional circumstances.

"Exceptional circumstances tells us to be cautious about being too predicative about what is going to happen in the future," Mr Hermann said.

"If you look back over history, those spikes of fine wool are quite short and sharp, so fine wool producers need to make hay while the sun shines and sell as much fine wool as they can when these prices are about."

But he admits the high prices may hang on longer this time round as the likelihood of any big supplies of fine wool hitting the market in the short-term is minimal.

"Even if we had failed spring rains this year, it would be the spring of next year before the increase of fine wool came because of the result of a poor season," Mr Hermann said.

"But we are also seeing renewed demand from some processors - Italy, Germany, and countries in the Czech Republic - they are all countries that really value the high quality fibres of fine wool.

"And although that will carry through the entire clip, maybe we are seeing a little bit of a shift in demand there."

"But recent buyer enquiries for medium microns suggest fine micron prices may have diverged too far and are reaching the upper limit."

In a recent 'The Yarn' podcast, AWI trade consultant Scott Carmody said one of the reasons the gap between fine and broader type wools had widened was due to China delving into the once European dominated market share of finer wools.

"The Chinese were very aware that the European manufactures were facing a much worse situation during the pandemic than they were," Mr Carmody said.

"They saw an opportunity at the finer level to get in there and get some market share. It's all about market share in any business."

He said yarn-makers and top-makers that had never previously on-sold their product anywhere then largely domestically in China, or some of the closer nations like Japan or Korea, saw the opportunity and garnered market share out of Italy and Germany and in turn, are now selling top-end wool yarns into those places.

"That helped those finer microns stretch away," he said.

"Unfortunately this coincided with the recovery in the season. Grower production has pushed that micron broader, making that wool even rarer at the finer end."

He said the increase in production and the increase of wool cut has been highlighted by wool brokers as being predominately the number one trait they sheep producers are focussing at at ram sales and on-farm production.

"That too has coincided with that broadening up of the micron that has seen the real push into the widening of those gaps that the price differentials between the 18.5-micron and finer at 30c to 35c per point a micron."