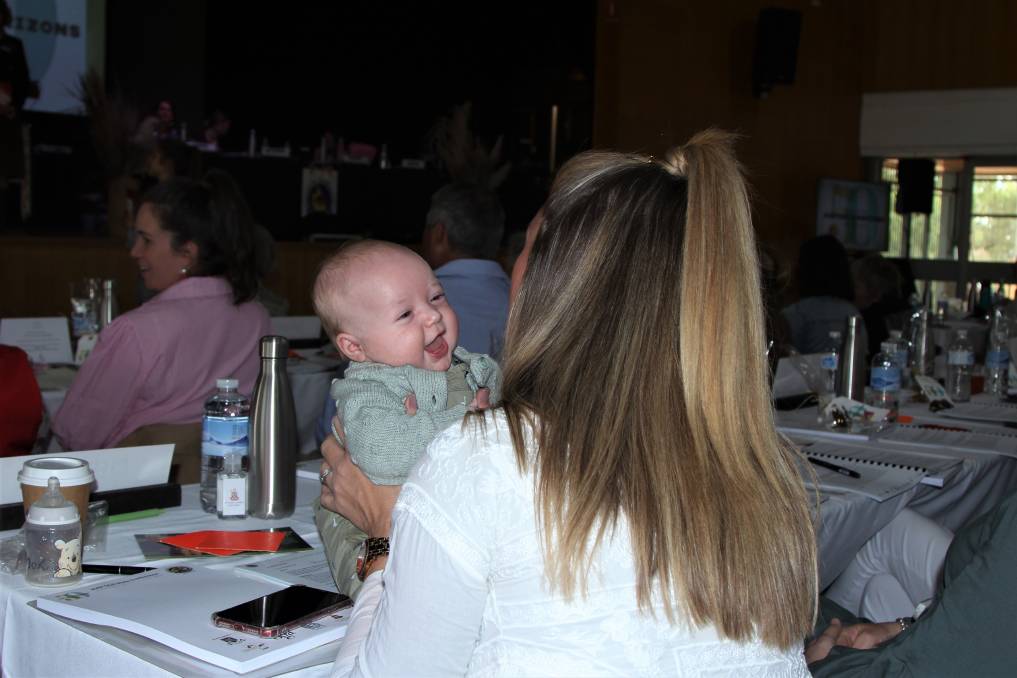 Ben Burnett was constantly by his mother Liz Burnett's side at the state ICPA conference in Cunnamulla early in June.

Two early childhood motions were debated at the state Isolated Children's Parents' Association conference at Cunnamulla last month but they highlighted the plight rural Australia is faced with as a whole.

Two early childhood motions were debated at the state Isolated Children's Parents' Association conference at Cunnamulla last month but they highlighted the plight rural Australia is faced with as a whole.

The conference passed two motions from the local branch, the first being to lobby the state government and local councils to continue to prioritise the re-establishment of early childhood programs in recognised highly vulnerable rural and remote locations.

The second asked ICPA Queensland to continue to lobby for increased training opportunities and employment incentives in order to enable local childcare providers in rural and remote regions to attract and retain staff members, to subsequently increase capacity for children to attend.

Cunnamulla's only early childcare provider, operated by Churches of Christ, has 30 names on a waiting list, many of them children of professionals unable to perform their work in essential services due to the lack of available childcare.

One of the branch members supporting the motion was Amy Palmer, who said while the space was there to accommodate the children, the staff ratio wasn't making it possible.

"Any sort of employment is being stopped," she said. "A nurse had to find a nanny, and some have gone to in-home care, but they've needed a letter to permit them to do so."

Ms Palmer felt a staff rental shortage was contributing to the problem.

She said results from the Australian Early Developmental Census since 2009 showed Cunnamulla was one of five locations going backwards.

"The early childhood education and care department has been active in Cunnamulla since July last year and no significant action or change has occurred," she said.

With a baby boom of 100 children under the age of eight in the region, the need for the service is not going to go away.