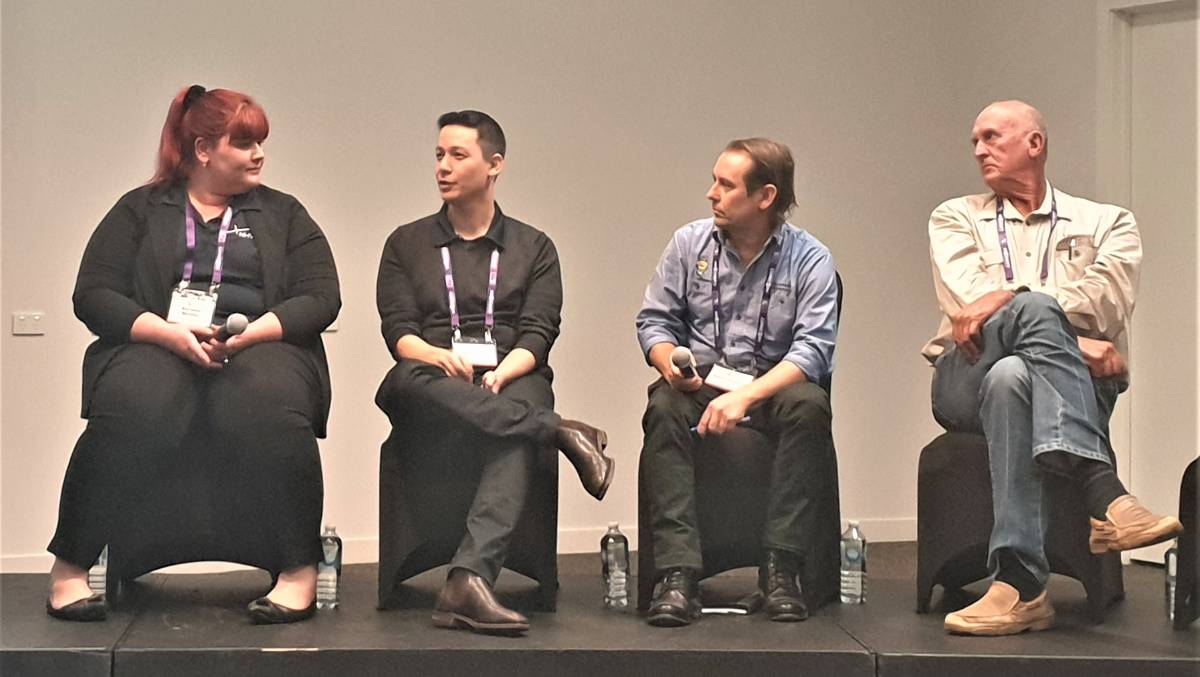 A system that requires road train operators to apply for a permit each time they want to travel on certain road networks in Queensland came in for the most criticism when barriers to farm gate productivity were scrutinised at the Livestock and Rural Transporters Association of Queensland conference.

A system that requires road train operators to apply for a permit each time they want to travel on certain road networks in Queensland came in for the most criticism when barriers to farm gate productivity were scrutinised at the Livestock and Rural Transporters Association of Queensland conference in Roma last week.

National Heavy Vehicle Regulator spokeswoman Rochelle Motlee responded by saying that if something was creating an issue, they should "have a chat".

"An increase in permit volumes have been seen," she said. "We want to put automation into the system for pre-approved roads, such as the JBS meatworks."

Other questioners highlighted the Bowenville region, which has 10 to 12 feedlots in the vicinity, as having roads that should be gazetted in light of the many B double and B triple permits that were being given out.

Ms Motlee once again responded that they had an internal permit reduction strategy.

"We regularly meet with the Local Government Association of Queensland to push the pre-approval path - we're always looking at the data and volume coming in," she said.

That had people noting that they were forced onto roads councils were responsible for, because they couldn't use ones managed by the Department of Transport.

TMR representative Kevin Chambers said if they were going to balance funding across networks, they would rather put it on higher order roads.

A conference delegate said that made sense, given that councils couldn't afford for lots of trucks to be on their roads.

John Lethbridge, who had travelled down from Charters Towers and who was the AgForce representative on the panel, said southern bitumen roads were often more dangerous than dirt roads in the north.

"When I spend all day on the bulldust then get onto a bitumen road, I like to make a mile but I just can't," he said. "Some of the roads, for the amount of traffic, are just bloody dangerous."

Opposition transport spokesman Steve Minnikin, who was present at the conference on the opening day, used the forum to share his concerns about a maintenance backlog on Queensland roads.

He said this had been highlighted by the Auditor General in 2017, and that Transport Minister Mark Bailey had revealed under questioning it was approaching $6 billion.

"In this budget, the maintenance spend has been increased from $4.4b to $4.466b," he said. "Any increase is of course welcome, but this level of funding is not enough."

Mr Minnikin said the minister had also advised that the Asset Sustainability Ratio, as at June 30, 2020, was 51 per cent.

"That means we are only providing about half the funding needed just to keep the network in the current condition," he said. "In other words, we need to double the amount we are spending on maintenance."

The government's representative at the conference, Redlands MP Kim Richards, who chairs the Education, Employment and Training Committee, fired back that the amount was two times the budget the LNP had put forward when it was in government.

"It's smoke and mirrors," Mr Minnikin said. "Bush roads are being shortchanged."