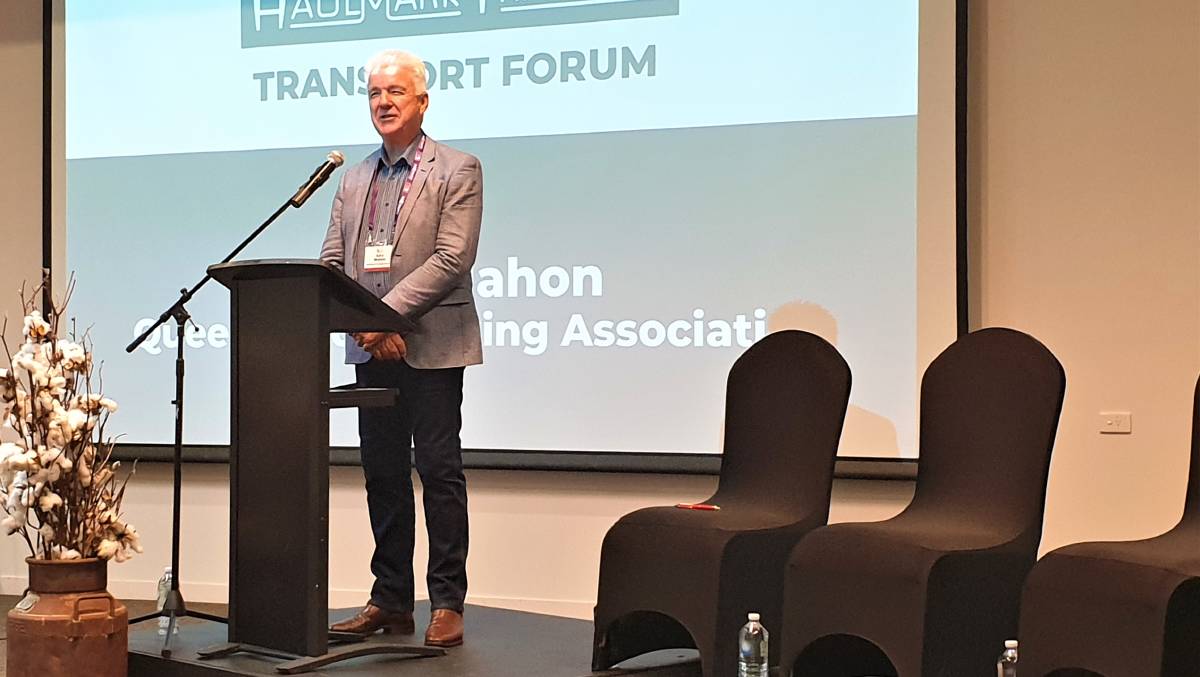 Queensland Trucking Association CEO Gary Mahon told the LRTAQ conference that staying united gave the state's transport operators the horsepower to push for issues that really matter to them.

Having established the concept of an inland freight route as an alternative to the Bruce Highway in the minds of politicians at the last state election, the Queensland Trucking Association is keen to drive it home at the upcoming federal election.

Having established the concept of an inland freight route as an alternative to the Bruce Highway in the minds of politicians at the last state election, the Queensland Trucking Association is keen to drive it home at the upcoming federal election.

Addressing the Livestock and Rural Transporters Association of Queensland conference in Roma on the weekend, QTA CEO Gary Mahon outlined an election platform that gives Queensland road users a 'spine' that he said would stand tall when the Bruce Highway crumbles.

"New South Wales has type 1 roadtrains the length of the Newell Highway - we are looking to extend that up through west central Queensland," he said.

"We enable $360 billion of economic activity to Queensland so we have every right to expect a decent level of investment for our roads," Mr Mahon said.

"At the moment the spine is the Bruce, right at the very edge of the coastal fringe.

"That's all well and good but an enormous chunk of our economic activity comes from the central west, far west and places in between."

The inland freight route uses sections of six different highways. Mr Mahon said a decent investment in the corridor would progressively build it into a route that was very freight specific.

"We're now talking a genuine freight corridor for up to 53.5m (trucks) right through the state," he said. "I can assure you, you'd be waiting a very long time to even take A doubles up the Bruce Highway, let alone type 1s and beyond."

He said $600m probably wouldn't see type 2 road trains able to drive from Charters Towers to Mungindi, but that was the goal.

"We've had two fairly decent discussions with TMR about priorities around the program," he said. "They're expecting with $600m they can get a fair chunk of that done."

The priorities for the first round of work, expected to begin in 2023, are the jump-up at Wallaroo north of Injune, turn-out work around Rolleston and Springsure, and some floodways along the Belyando.

A large amount of money would be needed to bypass Emerald, so that triple road trains could move through that area down to Roma.