There are 438 nominations for Saturday's Charters Towers rodeo. 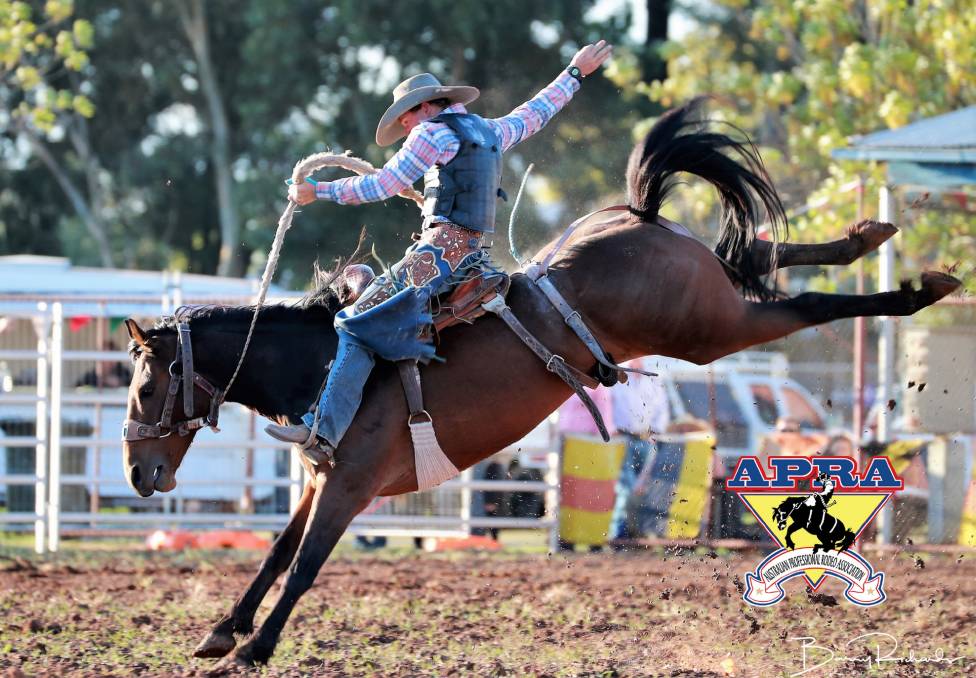 CHARTERS Towers rodeo on Saturday will be one of the biggest in the Australian Professional Rodeo Association this season.

There are 438 nominations for the rodeo at the Dalrymple Equestrian Centre.

In the saddle bronc, 38 nominations have been received.

Chalmers leads the standings with six weeks of the APRA season to go.

Last weekend, Webster scored 79.5 to win at the Taroom Rodeo. He is currently second in the APRA standings behind Chalmers.

Zane Hall won the bull ride with a score of 79.

Last weekend at Taroom, Lyndell Middelstadt won the barrel race in a field of 61 in a time of 17.92.

Alton Downs breakaway roper Jorja Iker won in a time of 2.35 seconds and is now second in standings in the APRA.

Heath Nichols travelled from Willow Tree, NSW, and competed on a borrowed horse to win the rope and tie with a time of 10.15.

Shane Iker, Alton Downs, was first in the steer wrestling at Taroom with a time of 4.8 seconds.

Brody and Lachlan Smith won the team roping in 5.4 seconds.

The best bucking stock at Taroom were two McPhee Rodeo Company horses, Try Me and Lady in Red. The best bucking bull from Warwick contractor Frank Biddle was Look At Me Now.

Emerald and Taroom rodeos were the first two on the APRA Northern Run which moves further north this weekend.

All rodeo stock for Bowen will be contracted by Gill Brothers, Upper Horton, NSW.

Most of the saddle bronc riders on Friday night will head a bit further north for the first APRA rodeo at Charters Towers for many years on Saturday at the Dalrymple Equestrian Centre.

Charters Towers is the home for some of the best rodeo competitors in the nation and the 438 nominations put it in the top five in the APRA.

This year's Ariat APRA National Finals will be held at Warwick on the last weekend in October and all competitors are aiming for the top-15 in their individual event to qualify for the finals.