THE grass-fed section of the Callide Dawson Beef Carcase Competition attracted 269 entries on the back of a vastly-improved season in most areas compared to recent years.

Based on the competition's comprehensive points scoring system, the top grass-fed entry was the champion grass-fed heifer carcase - produced from a black Limousin by the Taylor family, MK Cattle, Murgon.

"We only run about 35 cattle in our stud operation, so it is a very pleasing outcome," Michael Taylor said.

"It also says a lot about what black Limousins can achieve." 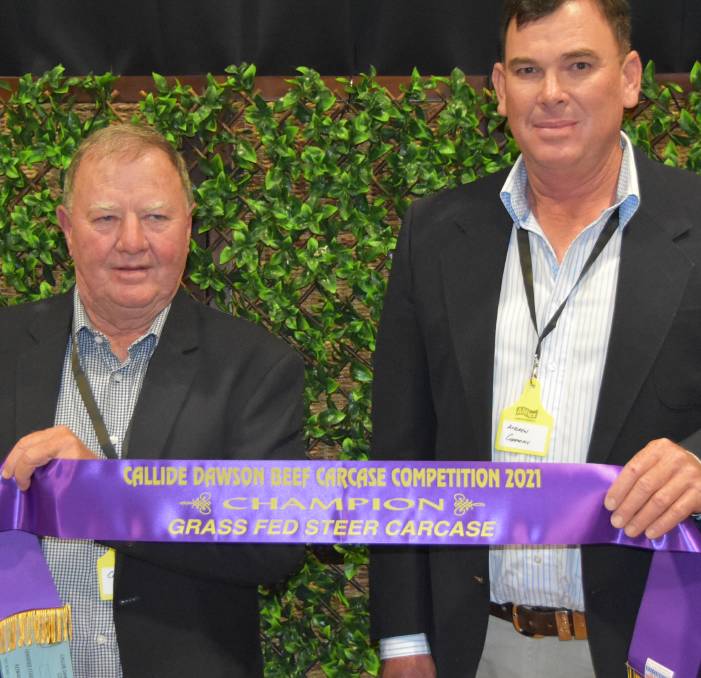 The champion grass-fed steer carcase was from a Santa-cross entered by the Chapman family, Rowanlea Cattle Company, Calliope.

The 309.6kg carcase had a 94 square centimetre eye muscle area.

"It's always good to know how your cattle are doing and to be able to compare the results in a major competition like this," Andrew Chapman said.

"The result gives us plenty of confidence in our cattle and keeps us thinking about how to continually improve."

Queensland Country Life is a long term partner and sponsor of the Callide Dawson Beef Carcase Competition held in Biloela each year.