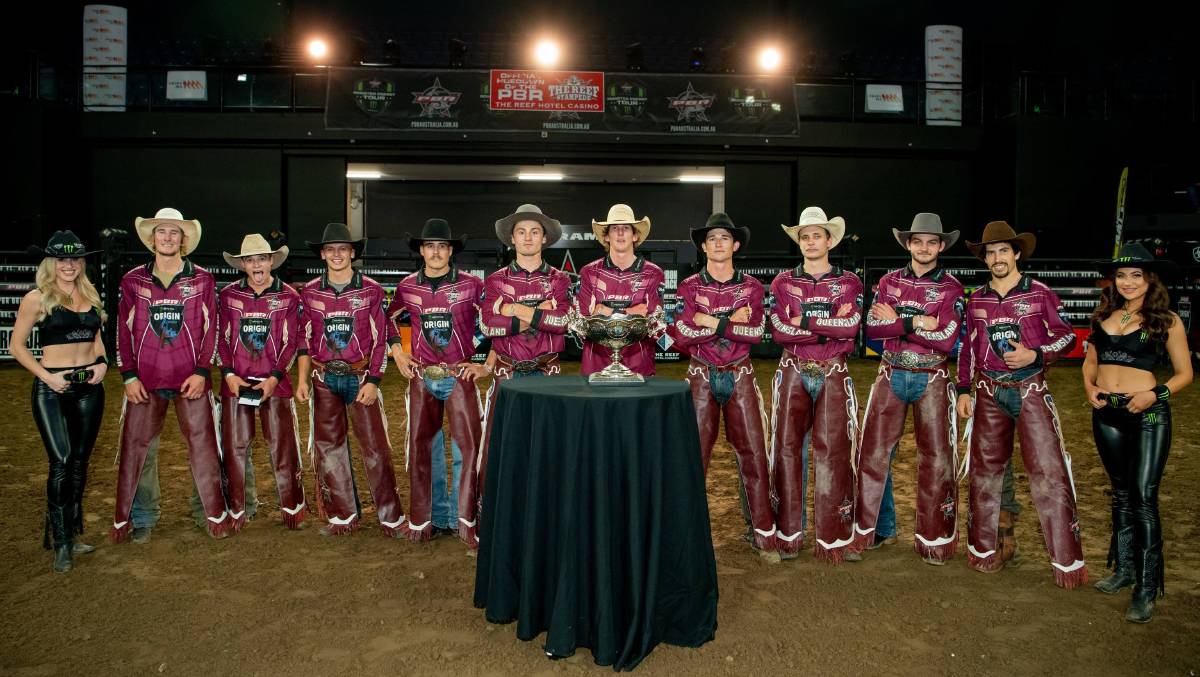 Team Queensland, led by Clermont's Aaron Kleier, with the PBR State of Origin trophy following its success in the second round held at Cairns on the weekend.

Led by captain Aaron Kleier and individual winner Lawson Nobbs, Queensland defeated New South Wales by five rides and 415 points to win the professional bull-riding state versus state tournament on the weekend, for the second time.

Led by captain Aaron Kleier and individual winner Lawson Nobbs, Queensland defeated New South Wales by five rides and 415 points to win the professional bull-riding state versus state tournament on the weekend, for the second year in succession.

Competing in front of a home state crowd, Team Queensland was dominant on Saturday evening at the Cairns Convention Centre, to be crowned the 2021 PBR Origin champions.

"It feels bloody awesome," Queensland captain Aaron Kleier, from Clermont, said moments after the Maroons' victory. "Happy with all the boys, they all had a day and got in."

From the moment the first rider representing Queensland erupted from the chutes, the Maroons were atop the leaderboard, never once relinquishing the top spot to New South Wales.

PBR Origin II got underway with a showdown between captains - 2017 PBR Australia Champion Troy Wilkinson, Upper Horton, NSW for the Blues, and three-time, and reigning, Australian champion Kleier for the Maroons.

After Wilkinson rode Random Assaultfrom Dunne Bulls for 82.5 points, Kleier brought the raucous crowd to its feet when he climbed aboard unridden Tribal, also fromDunne Bulls, who had never once been ridden in his 12 prior outs.

Kleier cracked Tribal's code, going the distance aboard the fierce bovine athlete for 84.5 points to give Queensland a 2-point lead. 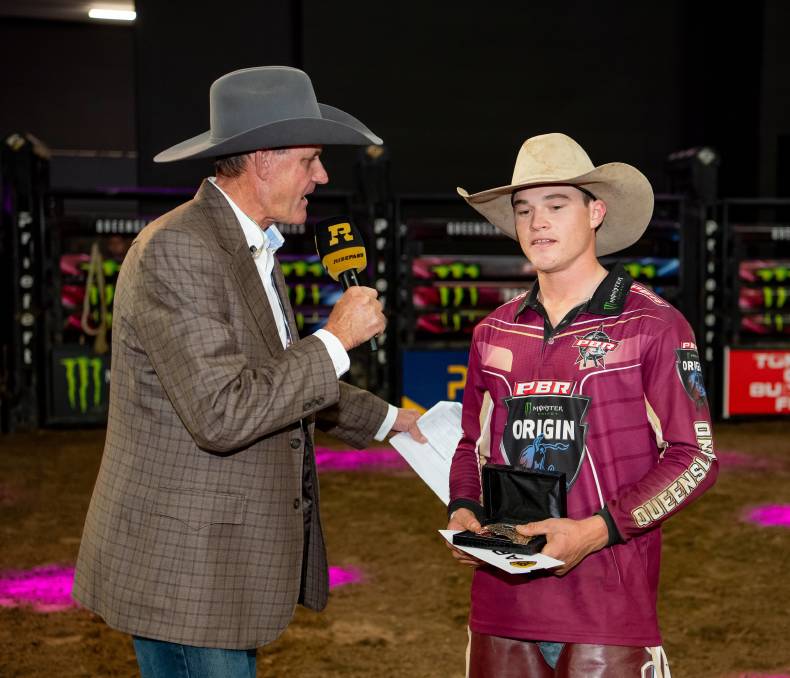 Moura's Lawson Nobbs was the highest scoring rider on the night at Cairns.

Holding an 85-point lead midway through round one, Queensland then went on a tear, outscoring New South Wales three rides to one to enter round two with an impressive 254-point lead.

Cody Heffernan, Singleton, NSW was the lone rider to make the whistle for the Blues.

In round two, Queensland's momentum continued to roll in seemingly unstoppable fashion when young gun Kelsey Pavlou, Toora, was the first to convert and extend his state's lead to a then event-best 334.5 points.

Shepard delivered his second score of the evening, expanding the Maroons' lead to 335.5 points when he rode Milky Way Manfor 82 points.

As the last man to leave the chutes in round two, Queensland's Lane Mellers, Mundubbera gave Queensland a 416.5-point lead and clinched the Maroons the 2021 PBR Origin Championship. 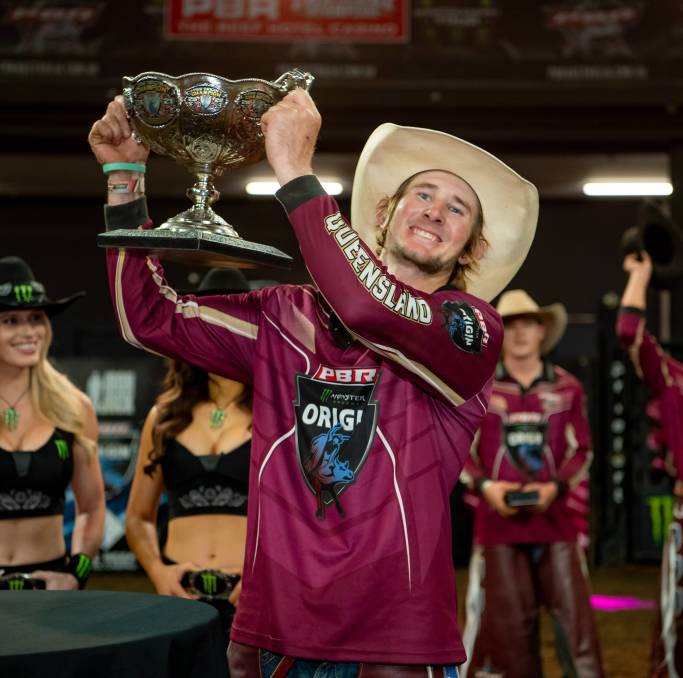 Aaron Kleier holds the PBR Origin trophy aloft for the cheering crowd in Cairns on Saturday.

"Its amazing," Nobbs said of his individual victory. "Good to get two bulls rode. Would have been good to get the third one, but still good."

In the race for the 2021 PBR Australia championship, Nobbs rose three positions, climbing from No. 10 to No. 7, surging within 89.5 points of No. 1 Kleier.

The 2021 PBR Australia season will continue Saturday, July 31 in Rockhampton, at the Great Western Hotel, starting at 7pm.

Sponsored by
All 102 bulls were cleared for an average of $18,117.
Test
Nationals MPs will back Scott Morrison taking a 2050 net zero carbon emissions target to the UN climate change summit in Glasgow next week on conditions agreed with the Prime Minister.
Test
Young light weight yearling steers experienced strong support from restockers at Toowoomba.
Test
Following a two year hiatus, CMC Rocks has announced an epic line-up for its 2022 event.
Test
Bundaberg's two famous drink-makers are teaming up to release a new beverage.
Test
There were 5202 cattle and 5266 sheep from Qld offered online last week.
Test
A Central Queensland grazier is one of first 100 Australian farmers to receive a tank full of water as part of this year's National Water Week.
Test
Thargomindah residents are among those urged to get tested if they show any symptoms that could indicate the presence of COVID-19, following news that two members of a group that had been camping illegally in Queensland's far south west had tested positive to the virus.
Test