Central Queensland grower Simon Green has harvested a solid grain sorghum crop, but it's this year's cotton he is most excited about.

Central Queensland grower Simon Green has harvested a solid grain sorghum crop, but it's this year's cotton he is most excited about.

Mr Green took off the sorghum at Badminton, Theodore, in May for an average yield of seven tonnes per hectare and picked the cotton from March to June, but the word is still out on its final yield.

"The cotton hasn't finished ginning yet but it looks as though it's going to be an above average crop for the season - 12 to 13 bales per hectare probably," Mr Green said.

"Some of our later cotton's had some pretty remarkable yields but we're still waiting for the results."

He said ideal conditions at the family irrigated cropping and grazing property played a major role in the positive outcome.

"It was just a really good season to grow cotton in. It never got too wet and we didn't get too many really hot days," he said. HARVEST TIME: Simon Green in a crop of sorghum at Silverton, Theodore.

Badminton is owned by Durkin & Sons, which run a total of 2200ha of dryland cultivation and 4000ha of grazing country in the district.

The property offers 400ha of irrigation normally slated for chickpeas and wheat in winter and cotton and sorghum in summer.

It has a medium priority allocation and some flood harvest licenses out of the Dawson River and has on-farm storage.

The Sicot 714B3F and Sicot 746B3F cotton was sown to 250ha from early September to early November, while MR-Buster and A75 sorghum were seeded to 130ha in the first week of January. 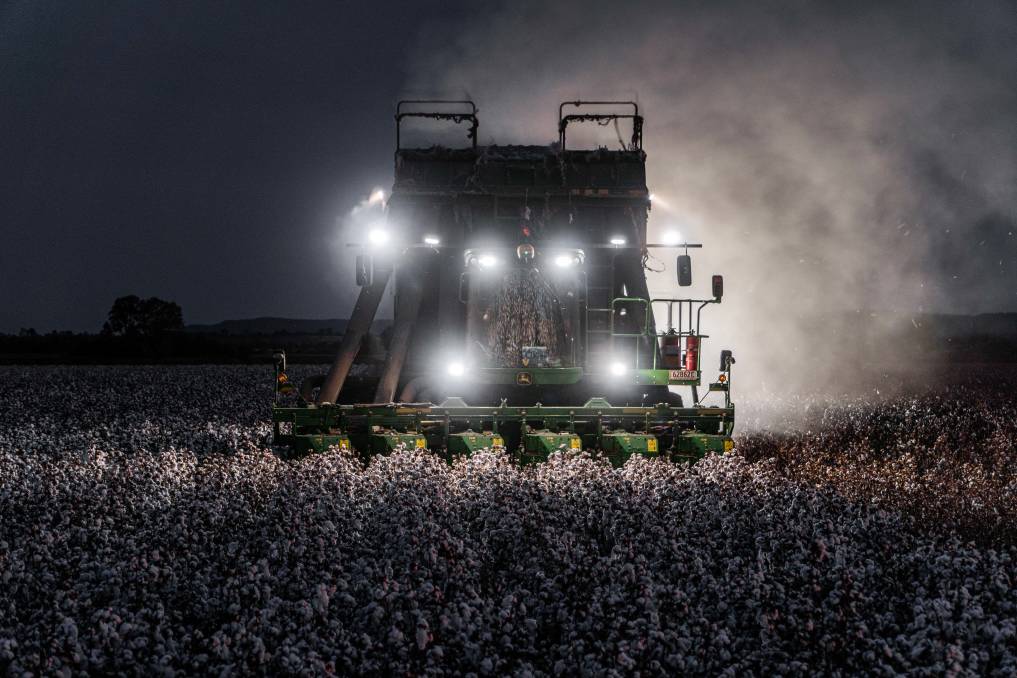 HIGH HOPES: Simon Green is aiming for 13 bales/ha from this season's crop of cotton.

The farmer generally spreads out his planting of cotton so an entire crop is not exposed to adverse weather in one period.

"We've got the luxury in Central Queensland where we do have the ability to do that. We have a pretty long growing season with some flexible options," Mr Green said.

He said half of the cotton crop was sown zero till into wheat stubble and all of the sorghum was sown into country out of chickpeas - a strategy to improve water use efficiency.

"The wheat's more of an opportunity crop - we're just looking to improve the efficiencies on-farm by zero-tilling in flood irrigation."

The cotton received five waterings via flood irrigation, while the sorghum was irrigated twice.

Mr Green said there was no winter crop in the ground this year as he was focussing his attention on the 2021-22 cotton season.

"The price is looking good and we've got good allocation and water stored on-farm at the moment, so prospects for the coming season are pretty good."