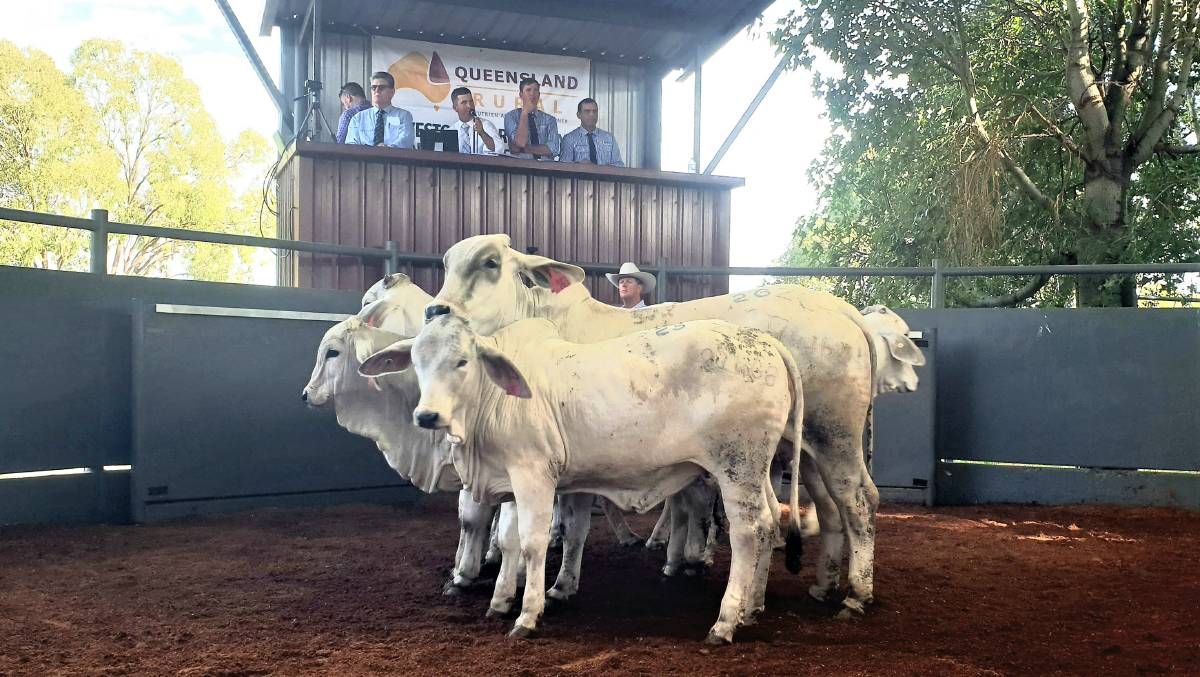 A cow and calf in this pen made the equal second top price of $16,000 on day one of the Elrose reduction sale.

A cow and calf combination, one of 226 offered on the first day of the largest auction sale of Group Breedplan stud females ever in the Brahman breed, was the top-priced purchase on day one of the Jefferis family's Elrose major reduction sale.

A cow and calf combination, one of 226 offered on the first day of the largest auction sale of Group Breedplan stud females ever in the Brahman breed, was the top-priced purchase on day one of the Jefferis family's Elrose major reduction sale.

One of over 70 bidders vying for the once-in-a-lifetime opportunity to obtain genetics from one of the country's most respected Brahman breeders, the Glengarry Brahman Stud at Kunwarara paid $28,000 for Elrose Maddison Manso 14140 and her bull calf.

The No. 5 matron was one of many in the catalogue for the first day that came as a 'three-in-one' package, being seven months pregnancy tested in calf.

She was the only purchase Glengarry's Scott Angel made on the day.

"I marked her out on her pedigree," he said. "She goes back to PB Fenech breeding, all the good stuff you look for as a stud breeder." 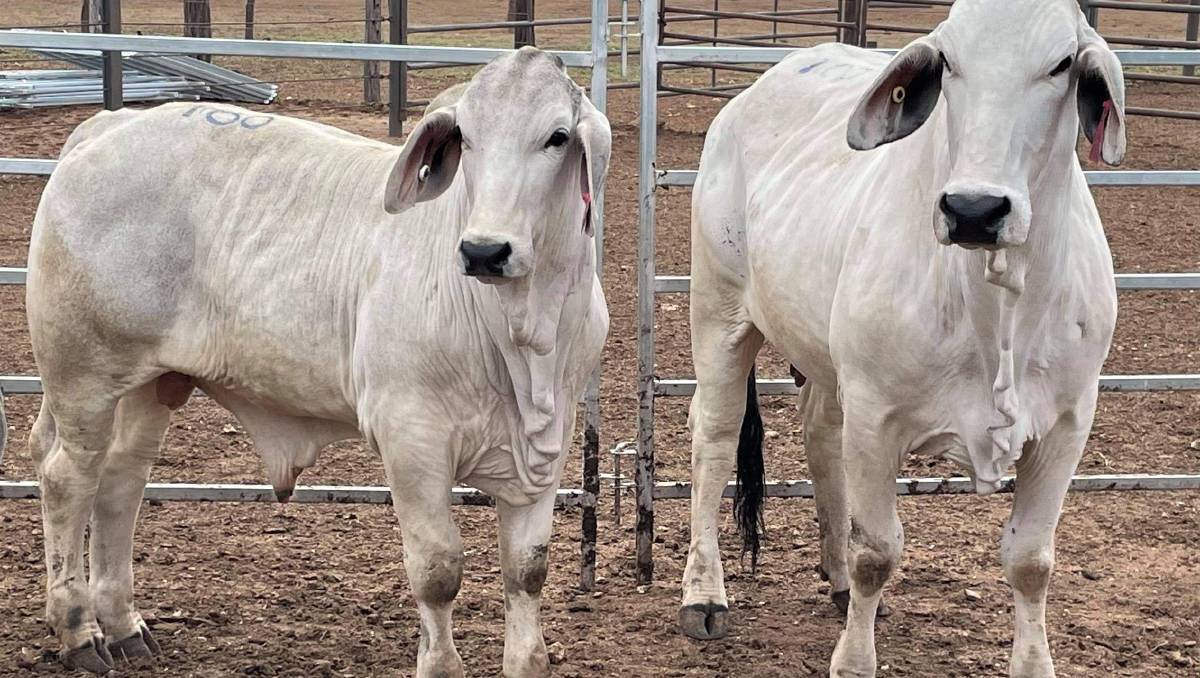 The top price lot on day one, Elrose Maddison Manso 14140 and her bull calf.

Mr Angel said the obvious quality, size and thickness of her calf, sired by Elrose Living Proof 11579 (PS) and born in September 2020, was another factor in her favour.

He is planning to join her to a 17-month-old Elrose bull bought for $65,000 from the Jefferises at this year's Lancefield Brahman Invitation Sale, who was sired by NCC Justified, the Australian all-breeds record holder.

"We also bought Elrose Eaglehawk some years ago and he did a good job for us," Mr Angel said, complimenting the Jefferis family for offering up one of the world's biggest selection of quality Brahman genetics.

Prospective buyers from seedstock and commercial operations alike were told they could put their herds a few years ahead with purchases at the Nobbs family's selling complex at Inverrio, east of Duaringa, a message not lost on those in attendance.

Among the volume buyers on day one were the Lyons family of Wambiana Station, Charters Towers, the Everingham family of Oak Park north of Hughenden, Marlborough's Richard and Victoria Moffatt of RV Pastoral, and Danny and Chris Parker, Jericho. 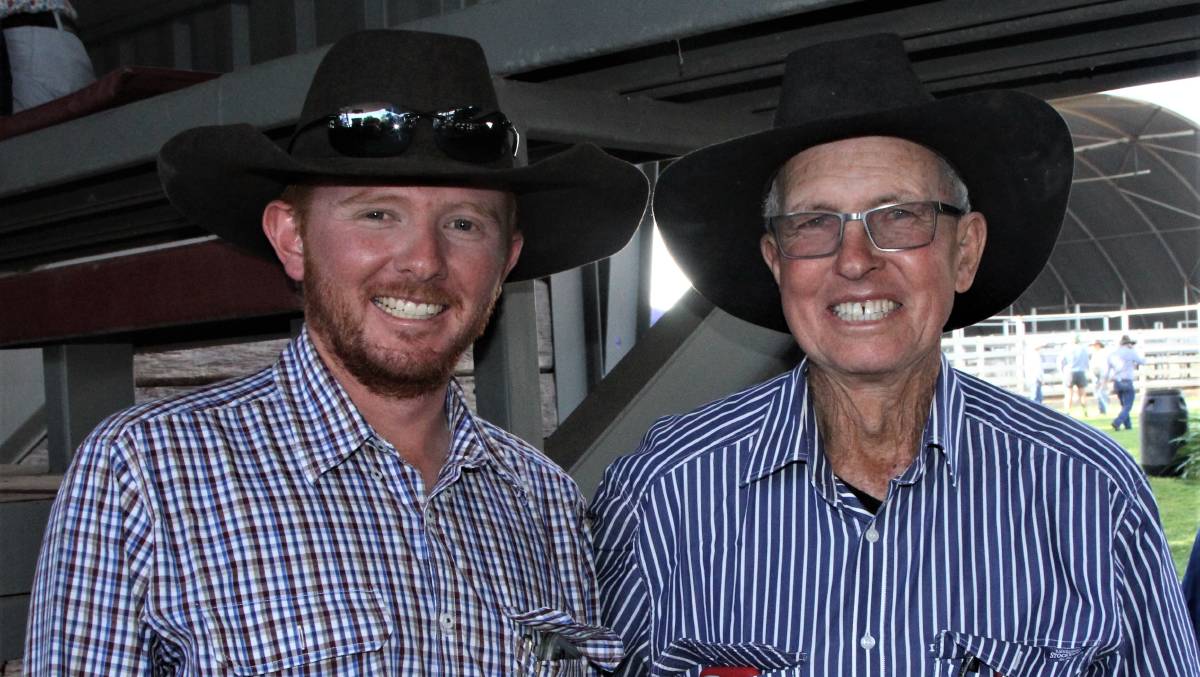 Volume buyer Roland Everingham, Oak Park, with vendor Rodger Jefferis at the end of the first day of the sale.

For the O'Neills, it was Elrose 16280, sired by NCC Marshall, her heifer calf, and her unborn calf, that commanded their top price.

Hayden Pedracini said they'd bought at a previous Elrose reduction sale at Charters Towers and found the cows to be very fertile with good udders that had bred on very well.

MP and ML Lyons, Wambiana, Charters Towers were the leading volume buyer on day one, purchasing 22 cows and 21 calves.

The sale continues on Friday at 8.30am.