Work undertaken without approval under Queensland's Heritage Act has not affected the heritage values of the iconic Blackall Woolscour, according to a spokesperson for the Department of Environment and Science. 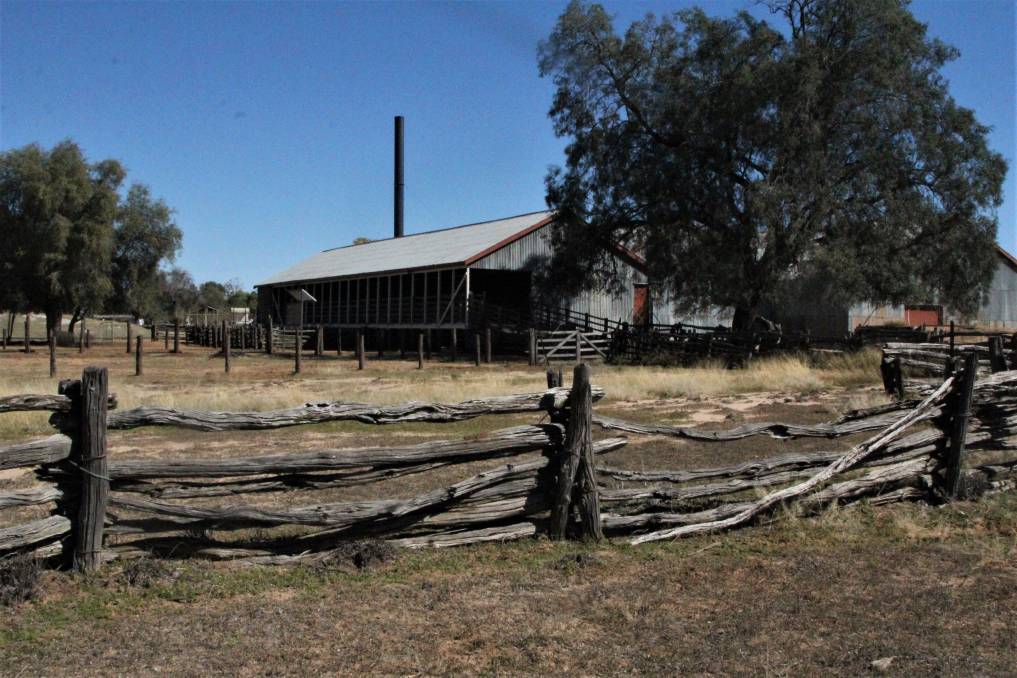 The old Blackall Woolscour yards in the foreground, and the new posts behind that.

Work undertaken without approval under Queensland's Heritage Act has not affected the heritage values of the iconic Blackall Woolscour, according to a spokesperson for the Department of Environment and Science.

The sheepyards come within the heritage boundary of the state heritage-listed place and are covered by the Queensland Heritage Act 1992.

The Blackall-Tambo Regional Council was replacing sections of the deteriorating 113-year-old sheepyards on behalf of the owners, the Historical Woolscour Association Inc, in accordance with the Blackall Woolscour Conservation Management Plan when work was halted abruptly.

As the result of a complaint made, it was ascertained that the work had taken place without obtaining prior approval.

"Owning a Queensland heritage-listed place does not preclude work for general upkeep, repairs and maintenance; however, specific heritage approvals are required for more extensive development work," the departmental spokesperson said.

"In this case, DES understands that the work so far undertaken was minor and did not affect the woolscour's overall heritage values." A closer view of the new posts that have been stood in the heritage-listed Blackall Woolscour yards.

Former Woolscour patron, now committee member Barry Muir said everyone knew from prior meetings between the Woolscour committee and council representatives that strict heritage guidelines were in place that had to be met.

"I was astounded - everyone's been told all along that work there has to comply with heritage standards."

Blackall-Tambo Mayor Andrew Martin said it was part of a $125,000 Tourism Icons grant.

He said part of the remit for the grant was to make the yards generally usable.

"Gates weren't swinging, things were bodgied up - it's a scour, it might be used for shearing again," he said.

"We've sent down a heap of photos - they might send someone out to take a look, I'm not sure.

New timber posts have been stood in one portion of the yards but no connecting timber placed, and some count-out pens have been demolished.

New timber is stacked in the yards.

Mr Muir also expressed disappointment at what he said was a lack of consultation on the new tourism brochure designed as part of the grant, saying little of the scour featured in the images.

"One of the self-guided walks directs people to a cricket ground and Mitchell grass shed that's on a neighbouring property, that you'd have to clamber through a fence and trespass on to see - that's how little consultation was done," he said.

"It doesn't matter what people say - things have to be done in line with the requirements of the site."

Now one of Blackall's main tourism attractions, the 113-year-old Woolscour is the last example of a steam-driven woolscour left in Australia.