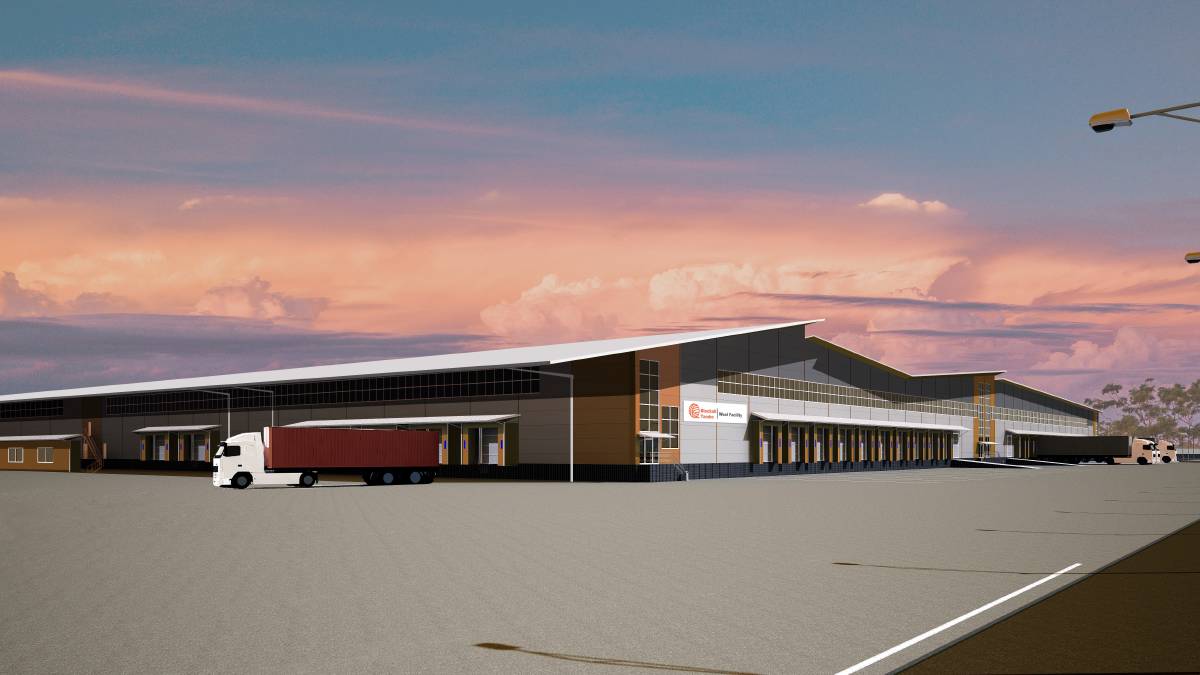 An artist's impression of what the processing plant could look like, on land that would need to be purchased or leased beside the Blackall Saleyards.

Reimagining the way Australian wool is being processed is what a new company just formed has at its heart, and it wants to put the central west community of Blackall front and centre.

Reimagining the way Australian wool is being processed is what a new company just formed has at its heart, and it wants to put the central west community of Blackall front and centre.

Queensland Wool Processors, chaired by Central Queensland University chancellor John Abbott AM, is looking to raise around $100 million to build an end-to-end wool processing plant in the central western town.

This means it would capture the three value-adding steps in wool processing - scouring and carbonising, top-making, and yarn spinning and dying.

"It would need around 10 million kilograms of greasy wool a year, which we'd buy on the Australian market," Mr Abbott said.

"At the moment, everything gets put on a truck for a trip south to be sold.

"Then it gets put on a boat for China, then on another boat to Europe for fabric formation.

"It's our intention to take out all the logistical steps, to reinvent the industry on a new logistical basis."

QWP is using a feasibility study commissioned by the Blackall-Tambo Regional Council and undertaken by AEC Group as the basis for its claims.

That found that while scouring and carbonising to top making were unlikely to be sufficiently viable on their own, due to very high volumes required to cover operating costs, yarn spinning and dying increased the operational viability considerably. 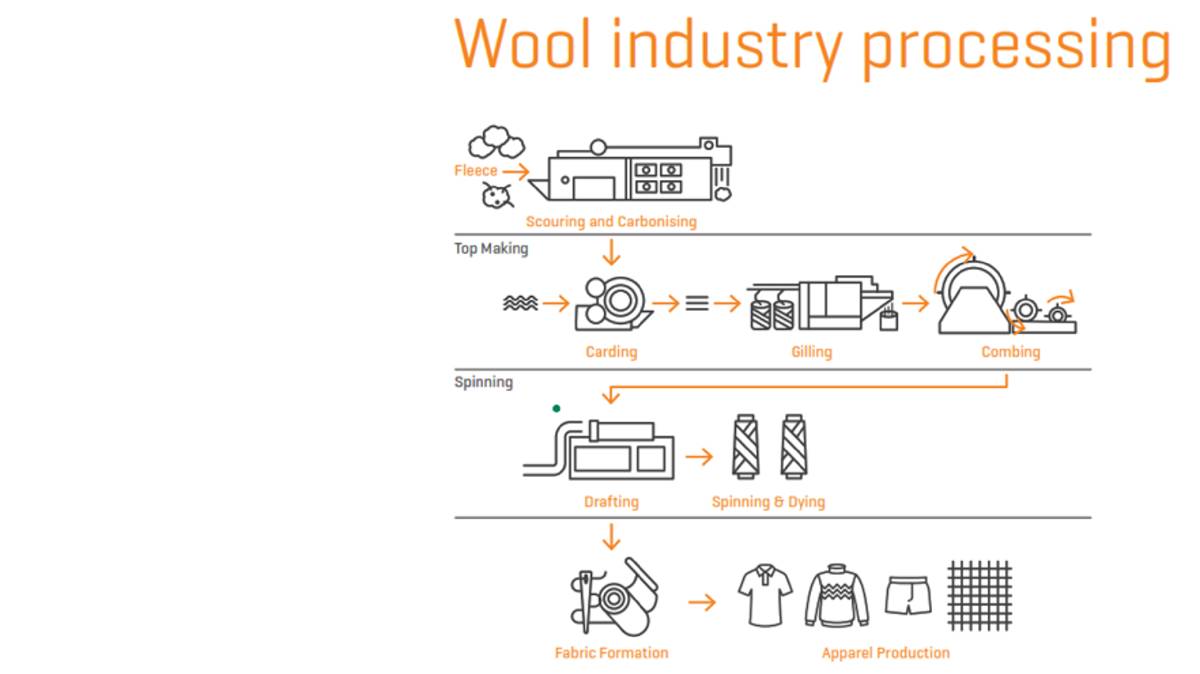 A diagram showing the end-to-end processing plan that the company envisages putting into place.

Mr Abbott said it was a proposal that had come at the right time, given the COVID-induced global industrial changes that were driving a refocus in state and federal local manufacturing policies.

"There used to be a trend for low cost labour in countries overseas, but over the last decade, with more automation and artificial intelligence, labour costs are reducing," he said.

"Conversely, the cost of logistics, freight in particular, has substantially increased - the cost of a shipping container into Australia has more than trebled.

"This is driving the cycle back to local manufacturing."

"I read through the feasibility study and thought it had an exciting rate of return," Mr Abbott said. "The logistic flows within Australia are the same, just in reverse, and water is plentiful."

While the council wants to remain at arms length to the commercial aspects, Cr Martin said there was plenty of scope for trucks to bring wool north, and then on to port at Darwin.

"I've been talking to people around the world that are making machinery," he said. "They and the feasibility study tell us that technology means the idea is viable. Because of these statistics, we think it deserves a bloody good go."

The business of scouring wool was once one of the town's big economic drivers, attested to by the 113-year-old steam-driven woolscour on the town's northern outskirts.

A modern plant is expected to create 270 full-time jobs.

Cr Martin said it would cost around $200m to build but could produce $130m a year in revenue, a return of 11pc on capital investment.

In answer to those questioning whether there was enough wool in the central west to feed the plant, he said there wasn't enough wool around Wuhan in China either.

"The company will do what Michells used to do, source wool from everywhere, buy at auction or out of the shed," Cr Martin said. "This won't completely replace China but it will make the industry much more secure than it appears to be at the moment."

According to a QWP project description, the 10m kg of greasy wool it plans to use equates to about 2.5pc of the Australian clip, and about 0.5pc of the world clip.

"So while the economics of the plant will be significant for the value add in the region, the market response is most likely to be accommodating rather than hostile," it concluded.

Their aim is to lay all the ground work, such as land swaps and seed funding, to give them a bankable product.

They will be looking to the state government for water licences, an expansion of wild dog exclusion fence funding, the development of a local skilling strategy, an upgrade of the local electricity supply, and to review regulatory and tax exemptions to enable development.

The federal government has been identified as assisting with commercial opportunities in target markets, and for supporting the commercial establishment of the plant through the Modern Manufacturing Strategy.

Mr Abbott said they hoped to have an information memorandum developed for potential investors by next week, and they hoped local producers would be among those putting their hands up to be involved.

"That would send a powerful message," he said.

Further information can be found at the Qwool website.