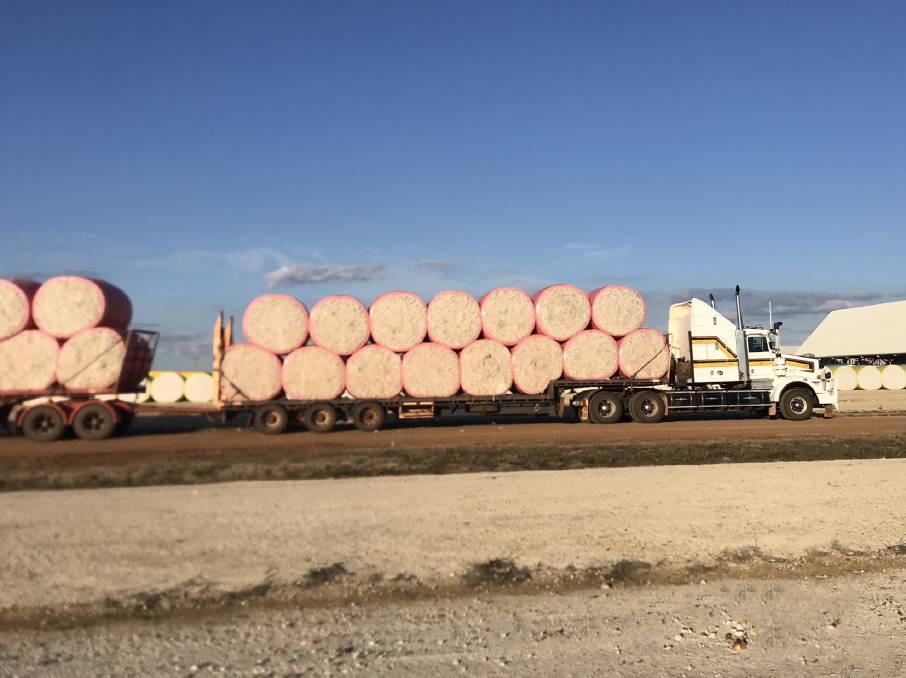 LONG HAUL: A road train loaded with cotton modules from Tipperary Station is ready to be unloaded at Dalby. Picture: Contributed.

Northern Territory farmers are busy trucking their cotton thousands of kilometres to gins in Queensland.

As the state's cotton growers put their pickers away following a successful season, Northern Territory farmers are still busy trucking their crops thousands of kilometres to gins in Queensland.

Cotton Australia CEO Adam Kay said the interstate road trains were a regular sight at this time of year and would continue to be part of the landscape until a gin near Katherine was built.

"The Northern Territory typically plants before the wet season, so sometime in December, and then picks it around this time of year," Mr Kay said.

"It's just the start of an industry and I think once the cotton gin is developed, we'll see more people have a go at cotton up there.

"It'd be costing them $200 a bale to transport it from up there to the gin, and on a bale that's worth $580, that's a lot of money to spend on transporting.

"If you had a cotton gin there, that would be $200 a bale that would be going into your hip pocket. That's the reason why some of the farmers up there are so keen to see a gin developed."

Mr Kay said picking began in Emerald in February/March before moving south to St George, Dirranbandi, Dalby, Goondiwindi and Mungindi for an April/May harvest, and it is wrapping up in the Riverina now.

Cotton Australia predicts 2.8 million bales will be picked this harvest, up from the 600,000 bales produced last year - the industry's lowest level of production in 37 years.

Mr Kay said yields across the industry had been better than expected and quality levels were solid.

"Most people are reporting getting 10 to 15 per cent more cotton than they were expecting, so that's been a real positive.

"Generally, the quality has been very good, although some of the later picked southern cotton has had some issues with low micronaire." He said next season was shaping up to be even better with the potential for over four million bales.

"These bits of rain setting up another good winter crop are also filling some of the major storage dams, and you can sell cotton for next season at $580 a bale, which is historically a very good price.

"If people have got water in their dam, they will sell some of their crop forward even at this time of year, even though they're not going to plant it until October/November."

Each road train features three trailers and can carry a total of 45 modules of cotton.

Mr Connolly said most of the Northern Territory crop had been heading to Dalby and St George.

"It's mostly contracted out to trucks that are going home empty from bringing groceries or stores or liquor or machinery or whatever they're bringing to the Northern Territory and the trucks go home empty," Mr Connolly said.

This is the third season of cotton growing for TGS, whose main enterprises are cattle breeding and backgrounding.

"We're in our third year, others are in their second year, so we've still got a lot to learn but it's going pretty well.

"It's still family-run operations up here, so families who are just swapping some of the cropping they've been doing to grow a bit of cotton and we're all just dipping our toes in the water seeing how we'll go with it." 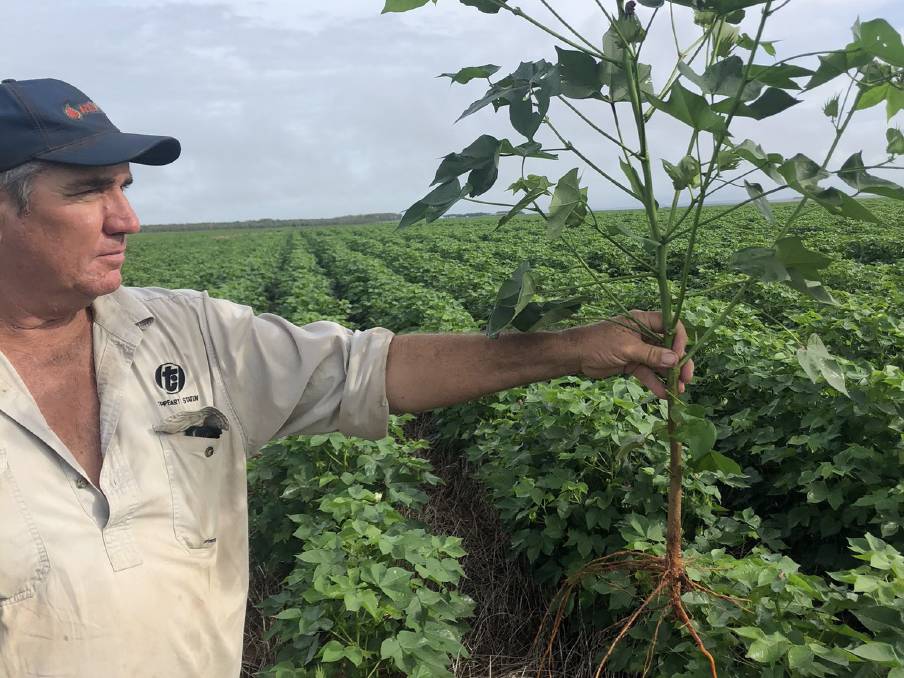 "Most of the cotton that has been grown in the Territory this year's enjoyed the fruits of having a good season.

"It's been yielding within expectations."

Mr Connolly, who is also WANT (Western Australia Northern Territory) Cotton chairman, said the gin near Katherine will break ground in August, taking the pressure off farmers and logistics.

"The building kicks off early next month, so it'll be ready for next season's ginning."