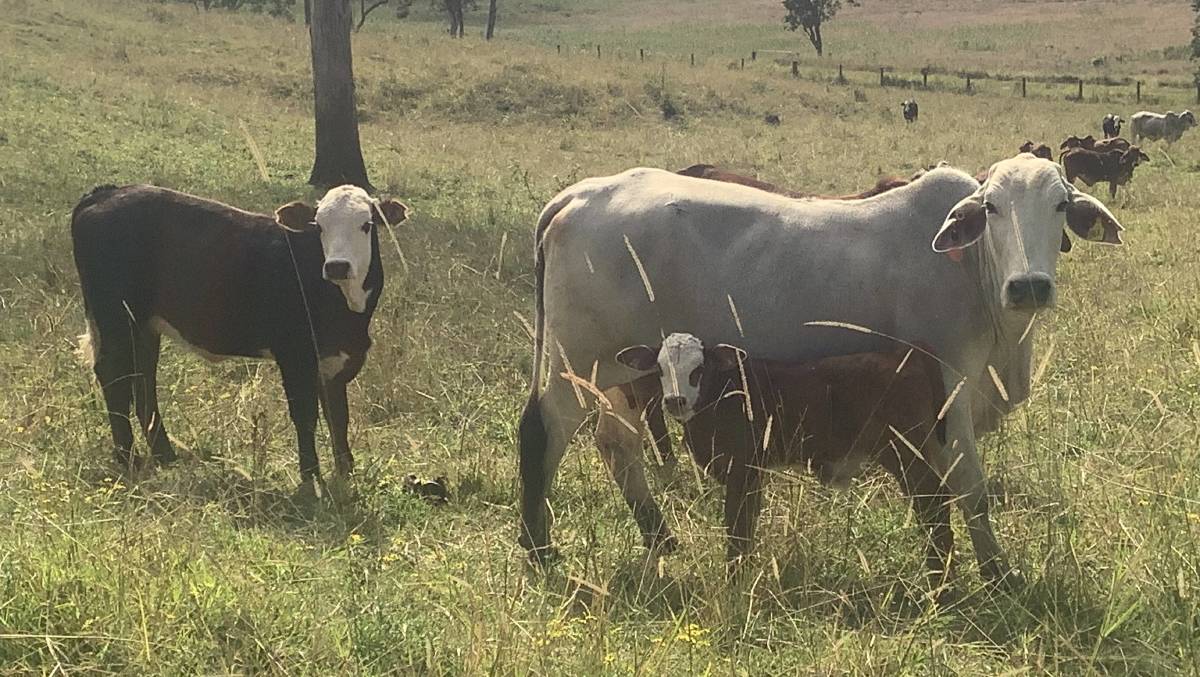 FEMALE TRAITS: Fertility remains one of the biggest drivers for the Bulmers in their crossbreeding operation.

Seasonal conditions over the past three years have been anything but kind to Kyogle beef producers Grant and Jo Bulmer but the ability of the Brahman breed to endure tough conditions has helped their crossbreeding operation thrive.

Seasonal conditions over the past three years have been anything but kind to Kyogle beef producers Grant and Jo Bulmer but the ability of the Brahman breed to endure tough conditions has helped their crossbreeding operation thrive.

The Bulmers run the operation across four properties, totalling about 610 hectares (1500 acres), within an 80km radius of Kyogle, in the Northern Rivers district of New South Wales.

Hereford bulls are crossed over the 350-head purebred Brahman cow herd, with the first-cross product fast gaining a reputation as the most sought-after first-cross females in the district.

The family also runs a stud, with 150 purebred Brahman cows.

Mr Bulmer's father, Earl Bulmer, registered the stud in 1967 and was one of the first beef producers to introduce Brahman genetics into the Northern Rivers district.

"On the north coast, F1 females are really popular for a number of reasons," Mr Bulmer said.

"We get ticks here, so the tick resistant quality of the Brahman is advantageous for crossbreeding. There is less maintenance with Brahman cows compared with British breeds and their milking ability is superior.

"By using a Brahman breed in a crossbreeding program, the hybrid vigour can generate weight gain of up to 20 per cent. That's important to commercial cattle producers, and is one of the selling points." 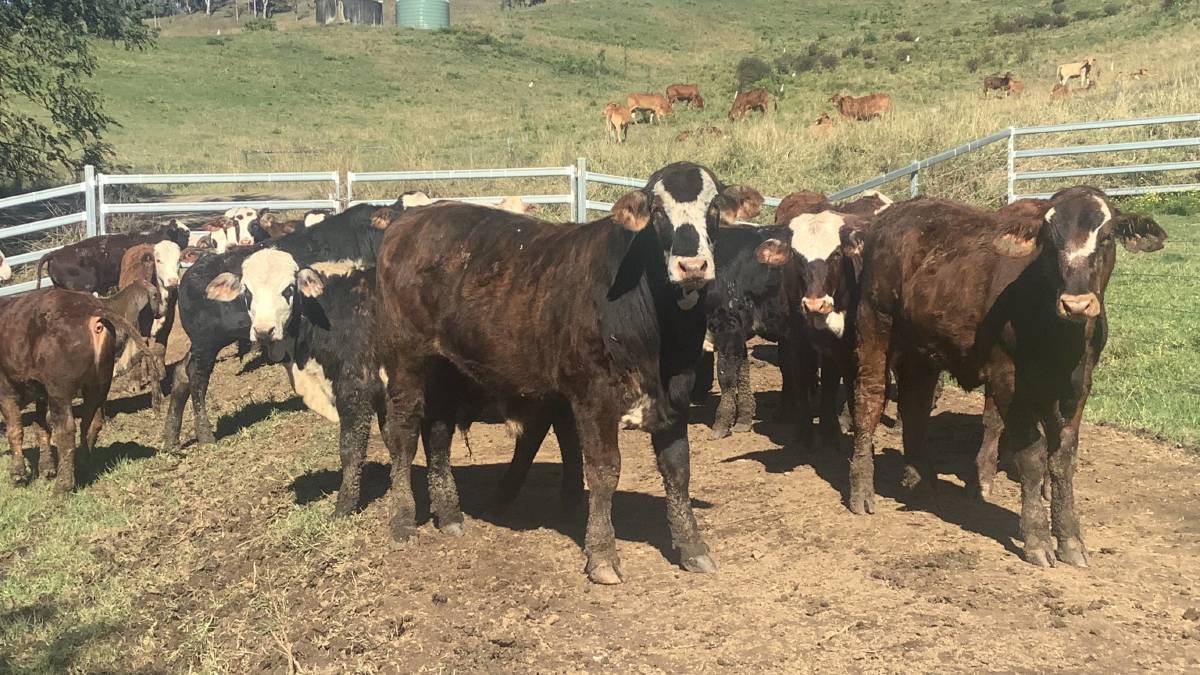 "The F1 female, which is what we are producing, is the most sought-after female on the north coast," Mr Bulmer said.

"She is a better milker, has better fertility and delivers on hybrid vigour."

Fertility remains one of the biggest drivers for the Bulmers in their crossbreeding operation, with the Brahman breed's weight gain attributes and the ability to get the benefits of hybrid vigour to their target markets also front of mind.

"We work pretty hard on fertility," Mr Bulmer said. "We cull on fertility and are fortunate that fertility is a strong characteristic of the Brahman breed."

The family targets the weaner market, selling heifers at an average weight of 250kg.

"We start selling around February," Mr Bulmer said. "All of our heifers are sold on AuctionPlus, in groups of 15 to 20, which are better suited to buyers.

"Our heifers tend to be sold to repeat buyers, some to producers in Muswellbrook near Scone where they are crossed with Charolais bulls. The most recent lot of heifers were sold to Chinchilla."

The toughness of the Brahman breed has certainly paid dividends for the Bulmers, particularly in the past three years where conditions have been at both ends of the weather spectrum.

"Two years ago, we got by with barely enough water in our dams," Mr Bulmer said.

"This year we went to the other extreme and got too much rain in summer, which had a big impact on our rye grass." 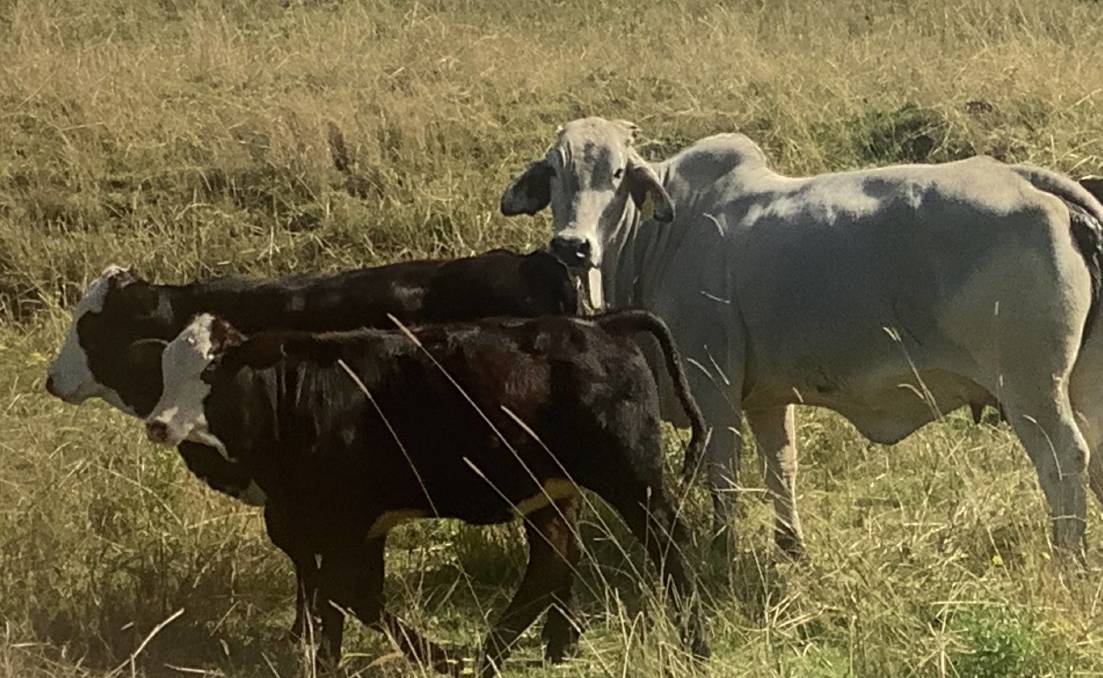 In 2019, faced with consecutive dry years and worsening drought conditions, the family decided to retain their Brahman cow herd, both in the stud and crossbreeding operation, rather than destock.

"With our cows calving we aim for storms in early October to kick us off but it was late and we didn't really get rain until December," Mr Bulmer said.

"As a result, we have had to nurse our cows over the past three years.

"We felt we had fairly good young breeders - especially our stud cows - and once you lose the nucleus of your herd, you are in trouble.

"We had a good solid herd of young commercial Brahman cows as well that were showing great promise so we decided to hang on to them."

While the decision forced them to wean earlier and feed more regularly to keep the cows alive and in the best condition as possible, the returns have been exceptional.

In March, the Bulmers sold heifers on AuctionPlus and achieved what they describe as "the best money we've ever seen" - at the top end of the current red-hot cattle market.

"The dry impacts you financially as we had to feed nearly 500 cows," Mr Bulmer said.

"But as much as it cost us, the investment has paid off because once we received rain the calves were worth a lot of money."

Mr Bulmer has no doubt about the Brahman's place in Australia's beef industry.

"I think Brahman is the best all-round animal there is," Mr Bulmer said.

"They tick most boxes."