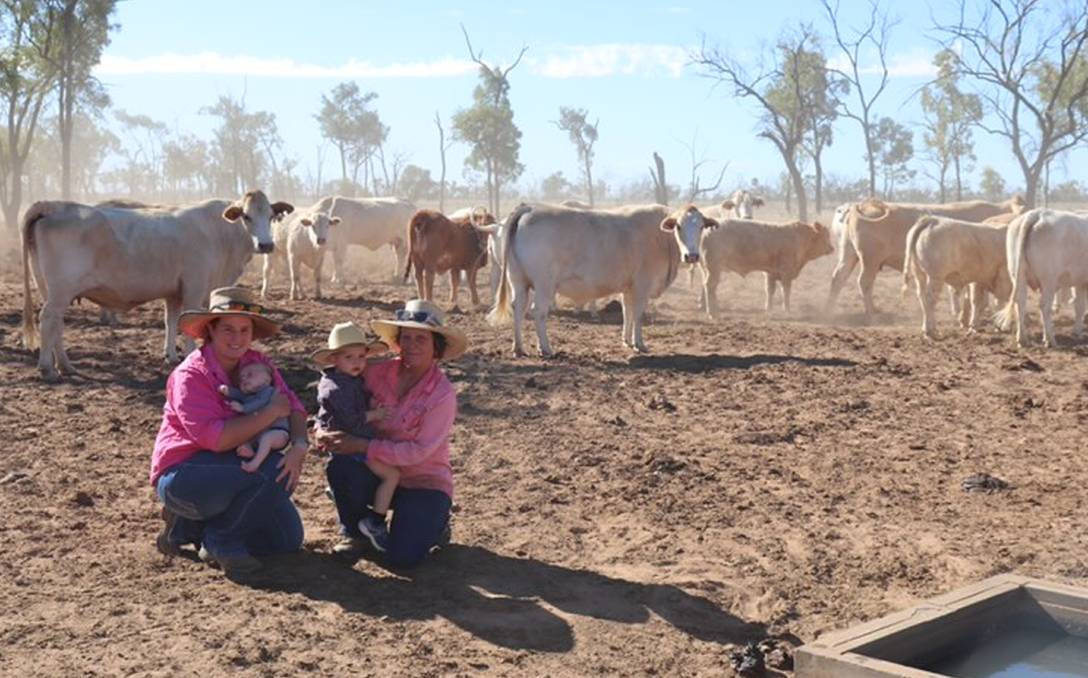 One day a friend dropped a Charolais-cross bull off at Barbara Davidson's property.

And it was the best thing that could happen to her herd.

Mrs Davidson, who runs Moondah Station, Prairie, with her youngest daughter Jackie and her husband Gavin, has run red Brahmans for decades. But when a friend, Rob Grummitt, a Charolais breeder at Augathella, dropped off a Charolais-Hereford cross bull at her property, it changed everything. "The calves came, and we've never turned back," Mrs Davidson said. "It was the best thing he ever did for us."

From there, they began buying Charolais bulls from Mr Grummitt. Mrs Davidson runs mostly Brahman cows, crossing with the Charolais bulls. She also joins some cows with grey Brahman bulls. Another mob of selected Charbray cows are crossed with a Charolais bull, selling the bull progeny.

She sent four of these bulls to the Richmond Field Days this year, which was her first time selling off property. The bulls averaged $5000.

Mrs Davidson tried using bulls from a number of other breeds over her 1000 Brahman breeders, but they didn't make the grade. "They have all gone but the Charolais have stayed."

She said Charolais brought plenty to the table. "They bring temperament, weight and bone structure," she said. "The cross can handle our heat, and their temperament is amazing."

Then there are the market opportunities. "They can go to the boat or to feedlots. They're not too hairy for the boat, but they're not too Brahman to go south."

"The Charolais bulls are nice and straight-backed, and they're like a big brick," she said. "Temperament is number one, and they're just big teddy bears. His cattle are very nice on the eye."

Moondah Station joins from early December for four months. Cows are pregnancy tested, and anything dry is sold or joined again and sold as pregnancy-tested-in-calf.

Moondah has one round of weaning and one round of branding. Calves are weaned at five or six months old, and are fed hay and put through the draft every day to test temperament. "If anything is crazy, we cull it," she said.

Before joining, 18-month-old heifers are selected for structure, while surplus heifers are sold on AuctionsPlus. Steers are grazed on buffel grass until they are two to two-and-a-half years old, and weigh more than 500kg.

Mrs Davidson said there had been a big influence for cattle producers to breed black cattle. "But why change things while they are working?" she said. "I'm really happy with them."