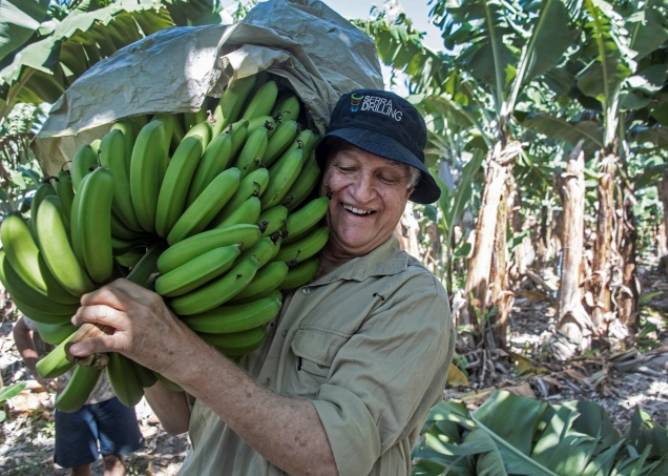 Amid growing backpacker shortages, Katter's Australian Party has called on state and federal governments to support the move for a quarantine facility to be established in the north.

The proposal comes as hospitality, tourism, and farming industries in the north continue to suffer extreme worker shortages on the back of the COVID-19 pandemic.

KAP Kennedy MP Bob Katter has been in talks with key tourism and farming groups in the far north in relation to the establishment of a new quarantine facility.

"Growers and hospitality bosses want to get things moving as they are having to scale back their operations due to a shortage of workers," Mr Katter said.

"These backpackers will be coming from countries that have high COVID vaccination rates. At some point in time we need to accept that we are not going to get rid of this virus, we must live with it."

Banana grower Denis Howe, from Howe Farming Group, met with Mr Katter to inspect a possible quarantine site near Mareeba where a facility could be constructed that would meet COVID-19 protocols.

With a 160 room capacity, the facility could be utilized by future workers as accommodation once quarantine requirements ended.

"There is plenty of work around but high unemployment in the area, so that's not going to change if it hasn't by now," Mr Howe said.

"Backpackers are keen, they want to come here and work, so we need to find a way to facilitate that [during the pandemic]."

Mr Katter said International workers earnings are generally fed back into the local community, so their presence has really been missed in the north.

"The first step is to put in a quarantine station in North Queensland and we're hoping by next week we'll have a more detailed proposal.

"The closed agricultural colleges in Emerald and Longreach have also been proposed as quarantine sites, and I think the state government should seriously look at that."

Queensland Agriculture Minister Mark Furner said Queensland has been at the forefront of supporting the agriculture industry since the start of the pandemic.

"So far Queensland has successfully brought in more than 2900 Pacific Labour Scheme workers to work in the state's agricultural businesses with none of those workers testing positive to COVID-19," he said.

"Queensland has also been a strong supporter of regional quarantine facilities since last September, however this has not been backed by the federal government.

"Facilities such as the Wellcamp proposal would grow our capacity to accept both returning Queenslanders and agricultural workers, to the benefit of farmers right across the state."

Australian Agriculture Minister David Littleproud said the the only way we can get quarantine facilities and people brought in is if chief health officer, Jeannette Young in Queensland gives approval to do so.

Mr Littleproud said part of the principle that the Prime Minister took to national cabinet about anyone proposing a quarantine facility is that it has to have tertiary health access, otherwise you put at risk those people living in those regional areas.

"The one at Toowoomba was knocked back for bringing in international arrivals, because there was no tertiary health facilities.

"If Mr Katter is wanting to bring in international arrivals that would be reckless and dangerous if it's into a regional area that doesn't have tertiary health facilities, however with seasonal workers there are certainly proposals that can be looked at and are being looked at by chief health officers."