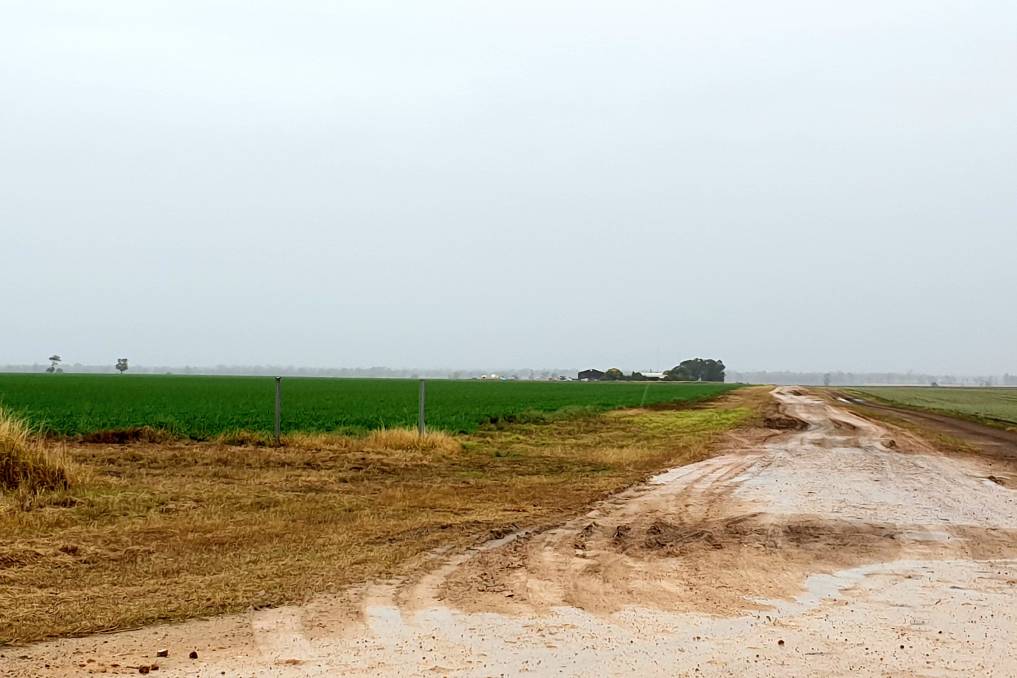 Queensland farmers are looking to pull off one of their best winter crops in years following timely rainfall.

Queensland farmers are now in the hunt to pull off one of their best winter crops in years following timely rainfall across many of the cropping zones in recent weeks.

Falls of 15 to 25mm fell around Roma last week, growers at Condamine and Dulacca received up to 70mm and about 30mm was received at Emerald, while on the Downs, falls of 15mm to 45mm were widespread.

According to the latest forecast from Australian Bureau of Agricultural and Resource Economics and Sciences (ABARES), the state's 2021 winter crop production - both hectares planted and tonnes harvested - is on track to be the highest since winter 2016.

Dalby Rural Supplies agronomist Andrew Johnston said it had been the best start in decades for some growers in the area.

"We've probably had one of the best starts to a winter we've had within the last 20 years," Mr Johnston said.

"We've been getting rainfall every seven to 10 days for the last five or six weeks which is very rare for our part of the world."

Mr Johnston said about 80 per cent of the area's winter crop had been planted, and while rain forecast for Friday could halt further seeding, there's still a few more weeks of the planting window.

"They're scrambling to get as much planted as possible off the back of three or four years of drought," he said.

"We haven't had in-crop rain for quite a number of years, so this is a big bonus for us," Mr Miller said.

"2016 was the last wet season we had but it didn't start to rain right until the end of winter."

Mr Miller said minimal rainfall was recorded in April and May, about 20 millimetres fell in June, and about 20mm has been received so far in July.

"I would say most paddocks have got their moisture all the way through the profile now, so the roots will be able to get down," he said.

Mr Miller said some barley crops were advancing well, with "heads in the boot, not far away from popping out", and wheat crops were tillering.

Elders Emerald agronomist Hollie Faulkner has been inspecting crops and says the outlook is positive.

"From what I've seen around Clermont and Emerald, we've had enough rainfall to really help the outlook for winter," Ms Faulkner said.

"We've got some guys trying to take off some late sorghum, so the rainfall really hasn't helped that at all, but in regards to winter, I think we got 31mm over the last week and then another larger rainfall at the start of last month."

Ms Faulkner said there had been good plantings of wheat, barley and significant areas of chickpeas.