Glenwood Merinos will hold its annual on-property ram sale on October 8, with 150 rams scheduled to go under the hammer.

A focus on these key traits has a positive spin-off on flock fertility, with stud and commercial operations able to achieve long-term lambing rates of more than 125 per cent.

He said improvements in these key traits would help to set sheep businesses up to meet market and consumer needs for quality products that were produced in sustainable systems, had provenance - or a "story" to promote - and were able to be traced right through the supply chain.

That is the direction the Smith family has been taking for the past two decades in its innovative SRS® fine wool-producing stud, Glenwood Merinos, which is based in Wellington, New South Wales.

This approach has set the stud up as a provider of some of Australia's best modern Merino genetics for commercial production of balanced sheep with high-returning woolclips, surplus sheep and meat. The Smith family has been farming in Wellington since the late 1890s and has been a fast adopter of industry research and technologies to improve genetics and sheep flock management.

Mr Smith said fast-tracking genetic gains through selection for fibre density and fibre length by using the elite SRS® approach developed by the late Dr Jim Watts had led to production of a new type of plain-bodied sheep, with a smooth and loose skin that was easier to shear and did not need mulesing.

The Smiths have not mulesed sheep on their property since 2005.

As part of the phasing-out of this practice, the family introduced management practices enabling Glenwood Merinos to be one of the first flocks in Australia independently certified through the global TextileExchange Responsible Wool Standard (RWS) system.

This recognises farm businesses that have a progressive approach to managing their land and practice holistic respect for sheep welfare.

The RWS certification can be used when marketing woolclips and has been a key plank of the development of Glenwood Merinos' supply chain relationships with global processors.

It has also been integral to the stud's creation of its own premium wool brand called "LoveMerino" by Mr Smith's wife, Pip. 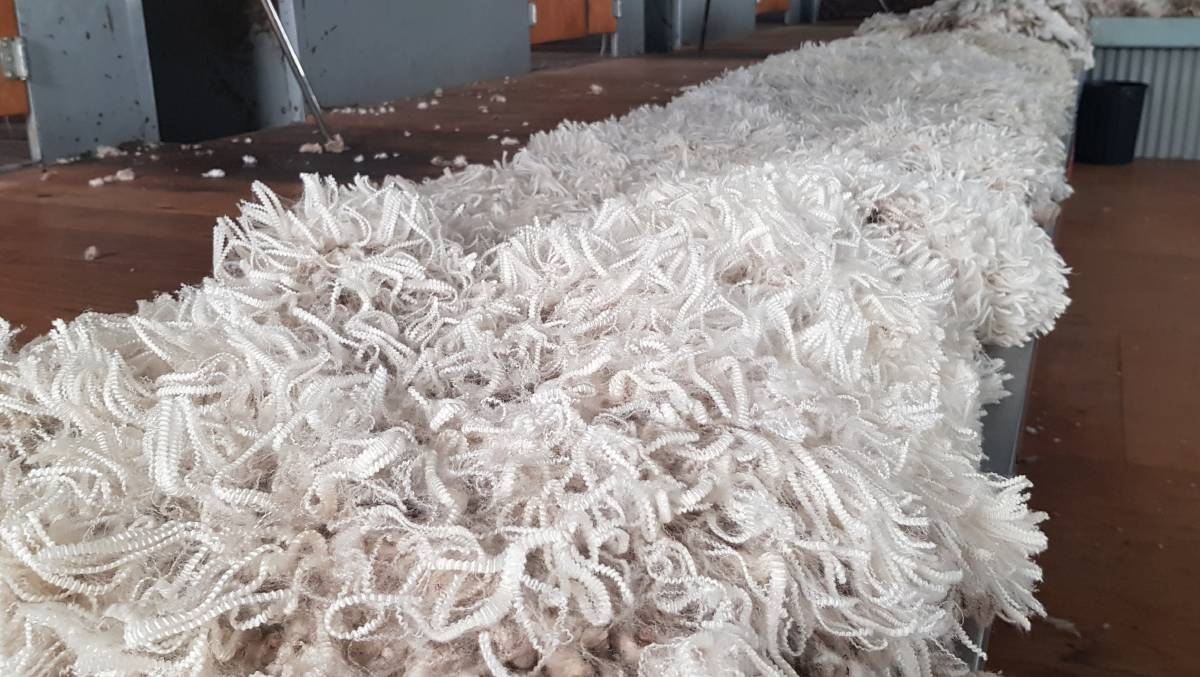 LoveMerino is the premium wool brand set up by Pip Smith.

Glenwood Merinos is providing the wool and sheep industries with seedstock featuring SRS® genetics and long-term selection on Australian Sheep Breeding Values (ASBV) for a variety of breeding values, including wool, carcase, resilience and reproduction.

"As sheep producers, we should be supplying the market with balanced ewes that are early-maturing, but not too big as adults," Mr Smith said.

"This ensures they are easy to handle and are good feed converters out in the paddock.

"Ideally, we want to contain our ewe weights to about 70-75 kilograms and not push the extremes.

"Not only does this improve occupational health and safety, but also feeds into the consumer provenance story of wool and meat production in sustainable systems." Merino sheep being run at the Smith's NSW property.

Research carried out through Meat & Livestock Australia's BredWell FedWell program has found selection of ASBVs for positive fat and muscle leads to a number of positive outcomes.

These include meat yield and eating quality, and correlated responses including better flock worm resistance, resilience and increased fertility.

Mr Smith said there was also a good correlation between ASBVs for positive fat and lamb survival rates in dry years.

"Trials have shown that for every extra 1mm of genetic fat, there is the potential to have an extra 25 per cent more lambs in a dry season," he said.

"As breeders, we are actively working to boost lamb survival from conception to weaning through genetics and management.

"We believe this could be the next animal welfare issue that Australian producers are forced to face."

Mr Smith said the Glenwood Merinos stud would continue to focus on progressing the productivity of its ewe base through selective joining and a vigorous classing program.

"At Glenwood, we use and combine breeding values for carcase, reproduction and resilience traits with visual selection for density and length to produce the best Australian SRS® Merino," he said.

Glenwood Merinos will hold its annual on-property ram sale on October 8, with 150 rams scheduled to go under the hammer.

The story Elite wool breeders aim for a balance of profitable traits in stud program first appeared on Farm Online.