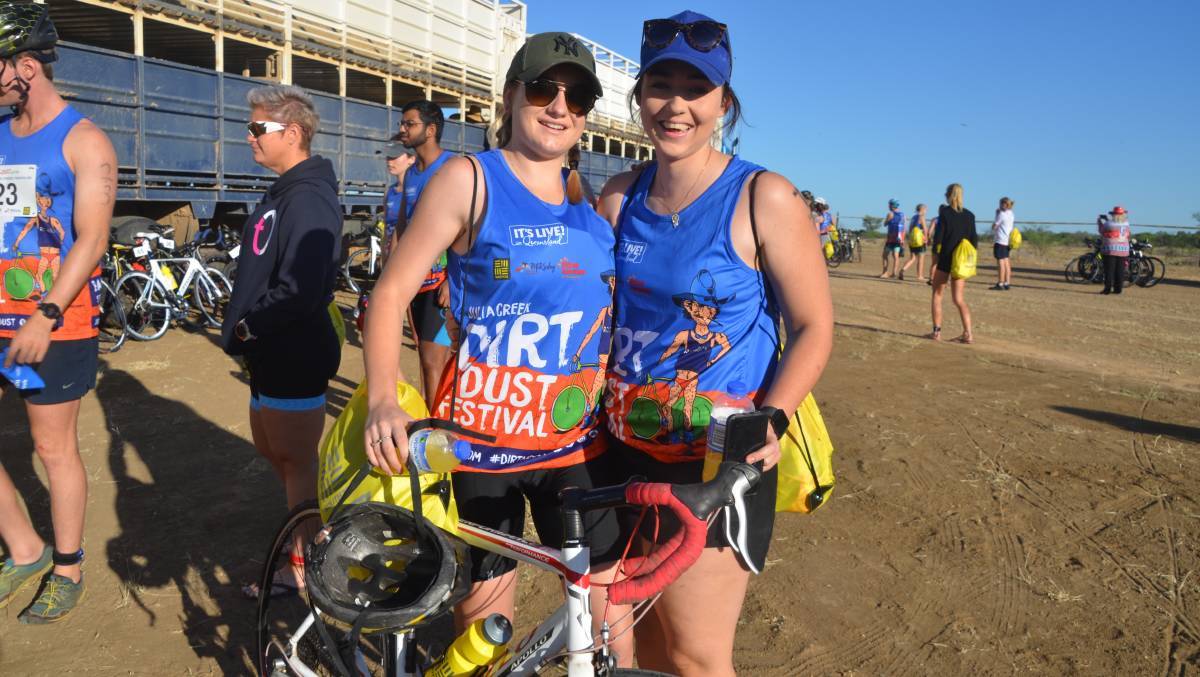 The Julia Creek Dirt N Dust Festival has had to call it day.

One of the most popular festivals in north west Queensland has had to call it day.

Julia Creek Dirt N Dust Festival, centred around one of the toughest triathlons in Australia, has been the centrepiece of events in the region every April for 27 years.

But it had to be cancelled in 2020 due to COVID and with volunteers and committee members still thin on the ground it was cancelled again in 2021.

Now current president Nathan Laneyrie said that with heavy hearts they are announcing they did not get a new committee to run the festival so a special meeting has been called to inform the community to wind up the association.

"The continued risk and uncertainty of COVID-19 had originally made planning one of the biggest volunteer run event in outback Queensland a huge challenge, but the main reason now is lack of volunteers and not actually having a committee to run the event," Mr Laneyrie said.

"A newly appointed committee could have looked at reigniting and re-inventing the community-owned event for the future but unfortunately no one stepped up."

Mr Laneyrie said the final resignations from the secretary and treasurer meant they needed to appoint an interim secretary/treasurer to wrap up the association and arrange a special meeting.

That meeting will discuss special resolutions to close down the incorporated association and decide how to distribute the remaining surplus assets.

The meeting has been called for July 24 to go through unanswered questions and lay the foundation of what needs to be done as per the Incorporation Act and the constitution.

"While this is obviously very disappointing for those who were looking forward to seeing the Dirt n Dust come back, the community needs to be realistic," Mr Laneyrie said.

Margie Ryder said she had been appointed in the volunteer position to guide the community through this process and answer any questions they may have.

"I have had over 27 years involvement with the festival so of course I am sad," she said.

"I was originally excited to see what the 'New Dirt n Dust' would be, but unfortunately no one put their hand up, and I understand why they did, as they had no event management team behind them and the expectations and deliverables with the grant funding was a lot of work.

"The festival itself was huge and it actually created employment for my three staff when I had the events management business, in addition to many subcontractors."

Ms Ryder said that as president of Volunteering North Queensland and now a councillor for Townsville City she sees firsthand every week that volunteers don't do what they use to do.

"That's okay as people need to look after themselves first then make time for others," she said.

"We need to do things differently. Most parents or care givers are now both working and very time poor, and the young ones don't want to commit to every Tuesday night once a month for the whole year, so we need to change how we do things, as they do want to help, but not like we use to."

Ms Ryder said she believed someone would step up and get it started again.

"They might just have a festival based around a Dirty and Dusty Fun Run around Julia Creek, a Horse Race meeting and a band on a back of a truck. Who knows, a Cotton Twilight Festival might kick start the whole momentum based on the new cotton project at Etta Plains," she said.

"To keep our budget down there were goals to make sure we built everything, and purchased everything we needed, and with great planning these were all achieved by the last committee in 2019, so 2020 was going to be exciting with a brand new venue, funded by Works 4 Qld, local and federal government, so there is a million dollar venue just waiting to be used."

Starting its life as a yarn over a round of drinks at the local town and country club, the Julia Creek Dirt n Dust Festival was imagined as a way to put the small Queensland town on the map.

The idea was born to start Australia's first outback triathlon in 1994 - that year saw 15 people tackle the race and 27 years later Julia Creek was able to attract 3000 people for a full weekend of events.

The Julia Creek Dirt N Dust Festival has won many awards such as the best festival at the Queensland Tourism awards and runner up for the Australian Tourism Awards.

The story Julia Creek Dirt N Dust Festival has had to close down first appeared on The North West Star.