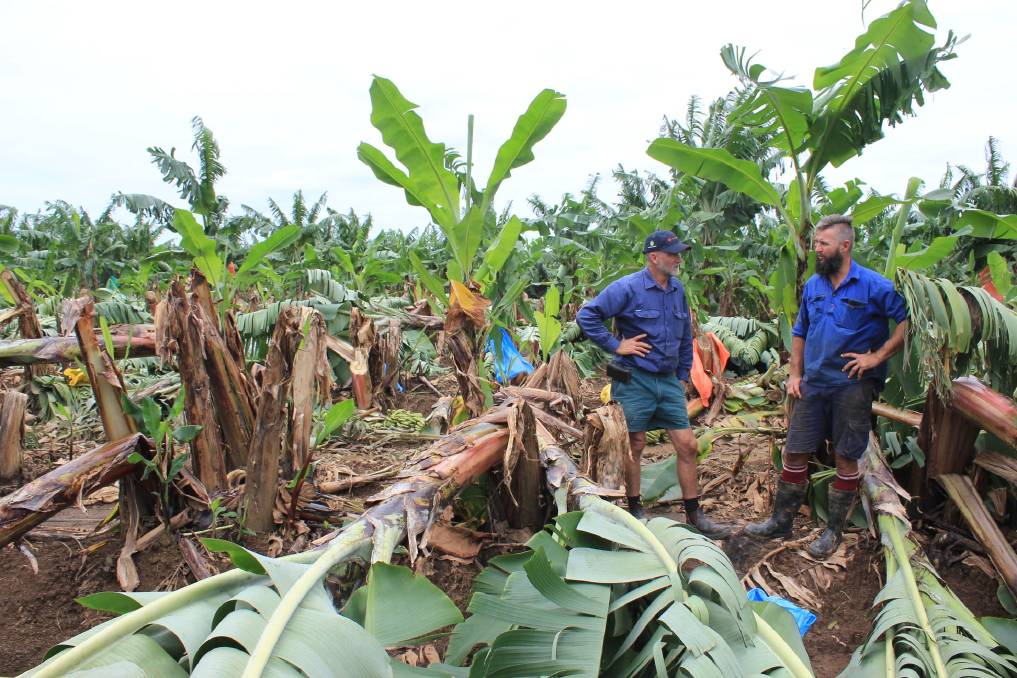 North Queensland growers plead for access to recovery grants promised to them in the wake of Cyclone Niran.

Producers in the north are still awaiting access to the recovery money promised to them following the devastation caused by Tropical Cyclone Niran earlier in the year.

The destructive winds associated with Niran severely impacted a number of farms in north eastern Australia, throughout the the Cassowary Coast and Northern Tablelands regions, with reported production losses upwards of 80 per cent for some banana growers.

In wake of the devastating event the federal government announced a $5 million Extraordinary Disaster Assistance Grant that would support affected producers, promising $75,000 to impacted growers in the Cassowary Coast, Hinchinbrook, Mareeba, Tablelands and Cairns regions.

So far producers in these areas have only been able to access $25,000 of the recovery money that was promised, which has caused significant stress among producers, with some having to dip into their cash reserves, or take out loans to meet clean-up costs.

He said it highlighting how far removed state and federal bureaucrats were from those who are suffering the most.

"Many of our banana and cane farmers in the north and far north were wiped out by Cyclone Niran back in February" he said.

"First of all they had to fight to get fair assistance, initially only being offered $25,000, which barely scraped the surface with regards to clean-up and replanting costs.

"Now four months later, the additional $50,000 they were promised is being withheld with no ability to access it.

"When it comes to disaster assistance, state and federal Governments like to play handball and shift the blame. Its a very disappointing state of affairs."

Mr Dametto said he would write to state Deputy Premier Steven Miles and Minister for Agriculture Mark Furner to seek further clarification on the matter.

"If this is simply waiting for a tick of approval from Brisbane, then I would suggest that the state government starts getting busy," he said. 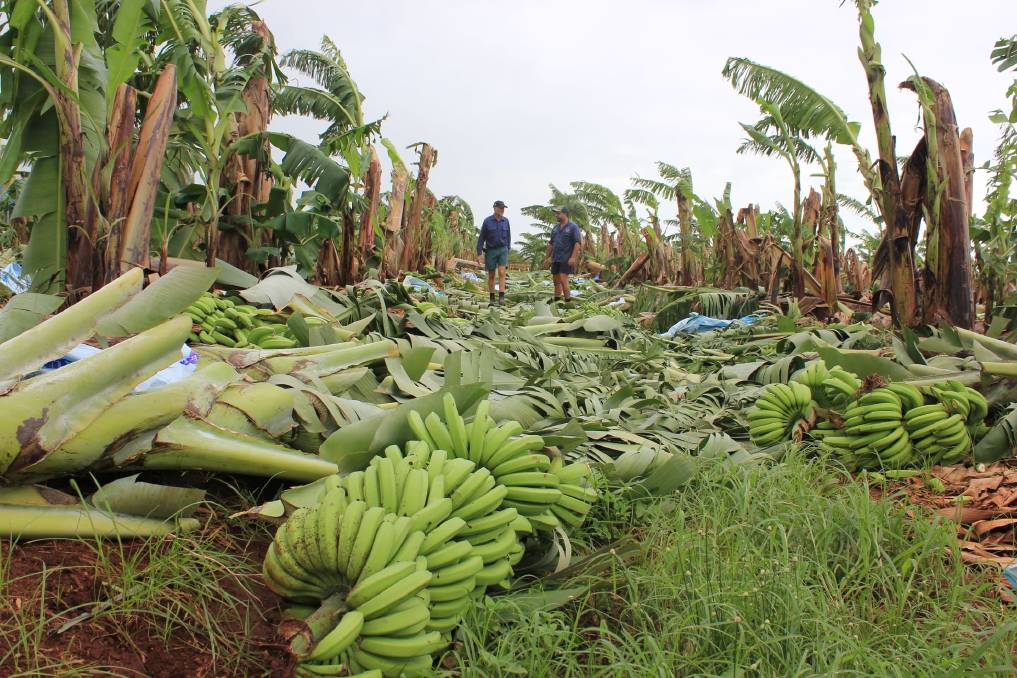 AGBC chair Stephen Lowe, with Charles Carmuglia who lost 100 per cent of his crop.

Jim Pekin, CEO of the Australian Banana Growers' Council, said more than 100 banana farms were badly damaged in wake of the cyclonic winds that were associated with Ex-Tropical Cyclone Niran.

"Among these are farm businesses on the Cassowary Coast that are literally banking on these grants for their cash flow," Mr Pekin said.

The Queensland government's announcement to increase grants from $25,000 to $75,000 on April 30 was welcomed by AGBC, believing it acknowledged the severity of the event and its impact on many growers.

"But it is incredible that the required regulation has not passed, which has meant that those who were counting on these funds are still waiting," Mr Pekin said.

"All we're asking is for the state government to follow through on its announcement so growers relying on these funds can get on with the task of rebuilding." Dean Stinton, president of the Cassowary Coast Banana Growers Association, said no-one had been able to access the rest of the money they were promised following the initial $25,000 they were allocated.

"We're coming on four months at the end of the week since the cyclone and still we've received nothing" he said.

"There's not a very good regional vibe at the moment. It was in May that they announced the extra $50,000 grant was being made available to impacted producers, but no one has been able to access it.

"We don't was to sound like a mob of whingers, we're used to dealing with the elements up here but this one, there was no warning at all, not even a strong wind warning forecast for the day. It just caught us all by surprise and we didn't have time to prepare ourselves."

Mr Stinton, who suffered a 90 per cent production loss on his own farm south of Innisfail, said it would be another 12 to18 months before they're back under full production.

The Extraordinary Disaster Assistance Grants are jointly managed by the state and federal Governments and administered through the Queensland Rural and Industry Development Authority.