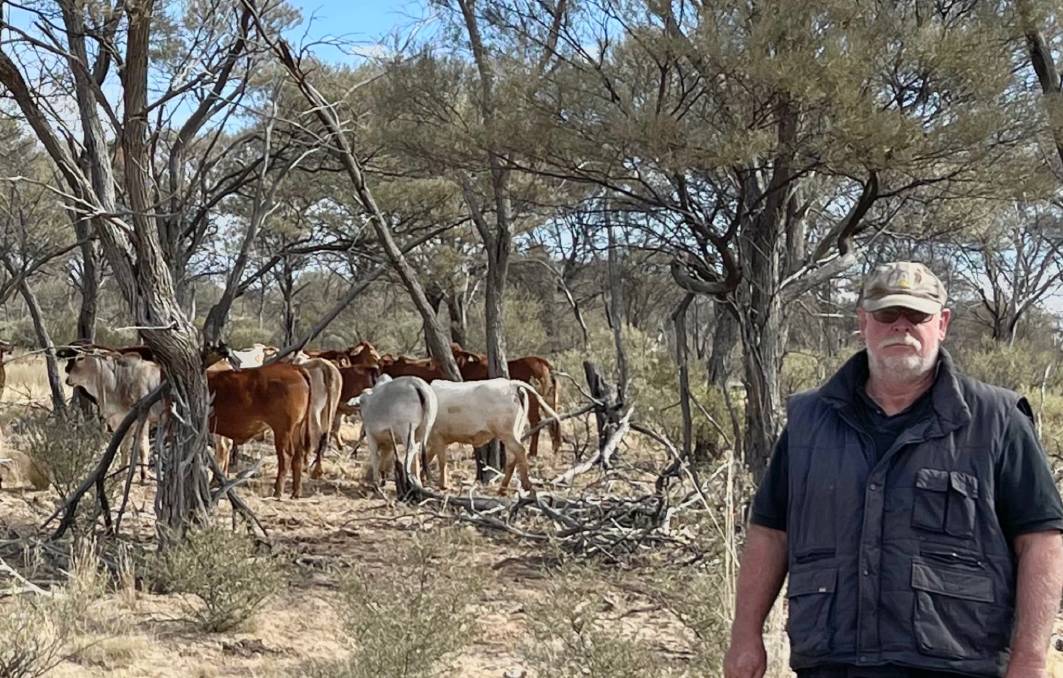 Longreach cattleman Angus Emmott is a driving force behind the new group.

A new organisation that is spruiking the benefits of keeping wild dogs on properties would like to see governments and industry bodies revisit policies that declare them a pest and promote lethal control methods.

A new organisation that is spruiking the benefits of keeping wild dogs on properties would like to see governments and industry bodies revisit policies that declare them a pest and promote lethal control methods.

The group called Landholders for Dingoes is headed up by cattle producers in western Queensland and Western Australia who say they have found business and environmental benefits in keeping wild dogs on their properties.

One of them, Longreach grazier Angus Emmott described wild dogs as a key part of their business in managing kangaroo and goat over-grazing issues.

He said they'd been unable to rest paddocks on their 52,000ha property prior to stopping poisoning and shooting them in 2001.

Wild dogs have since recovered their numbers on the property, and Mr Emmott said they were finding kangaroo numbers consistently low, regardless of rainfall.

"The dingoes also eradicated a mob of feral goats that we had. And they have eliminated foxes, and lowered numbers of feral pigs and feral cats," Mr Emmott said. "We don't have significant losses of calves or attacks on older cattle."

He said it had become evident in the cattle industry that 'quite a number' of producers across Australia were similarly leaving wild dogs alone, with good results.

Western Australia grazier David Pollock, who runs cattle in mulga county at Wooleen Station in the Murchison region, has a similar story, saying wild dogs had 'completely eradicated' thousands of feral goats since they'd provided an environment for dogs to return, something they had been trying to achieve for over 20 years.

"And we used to have major problems with over-abundant kangaroos, sometimes in mobs of thousands, overgrazing our country," he said. "I haven't lost any calves, and I no longer waste time putting out poison for dingoes. I can focus on managing the landscape to both run cattle and to restore the health of our landscape."

The legal status of wild dogs varies across Australia's states and territories - in Queensland, they are a declared pest species but are protected in national parks, and WA has a policy to 'control all wild dogs, including dingoes' in and near livestock grazing areas, while protecting them for their 'cultural and ecological significance' in national parks and nature reserves.

In NSW, they are regarded as wild dogs and are a declared 'noxious animal' by state law.

In Victoria, the dingo is legally a threatened, protected species whereas wild dogs are declared as pest animals, but in some areas dingoes have been declared unprotected wildlife and can be controlled 'where they threaten livestock'.

The legal protection of wild dogs in South Australia depends on whether they are 'inside or outside' the 5400km long dog fence.

Landholders for Dingoes' aim is to encourage beef producers and others to consider the benefits of keeping wild dogs in the landscape, saying that at the same time they understand that dogs are incompatible with sheep and goat operations.

"Me leaving dingoes alone isn't stopping them from running sheep," Mr Emmott said. "Their business model is impacting on mine - we need a better approach."

He said lychee growers didn't expecting everyone in eastern Australia to kill all flying foxes but factored their impacts into their business model.

He also said he had been trying to speak with policy makers about the group's desires but had been receiving a lot of pushback.

"The message for so many years has been 'dingoes are bad' but we will keep working on it," he said.

"We're not trying to tell anyone what to do, but we do need a discussion at state and federal levels.

"I'd like people in government and industry to come back to this - for the last 30 years we've been landscape baiting and it's just not working."