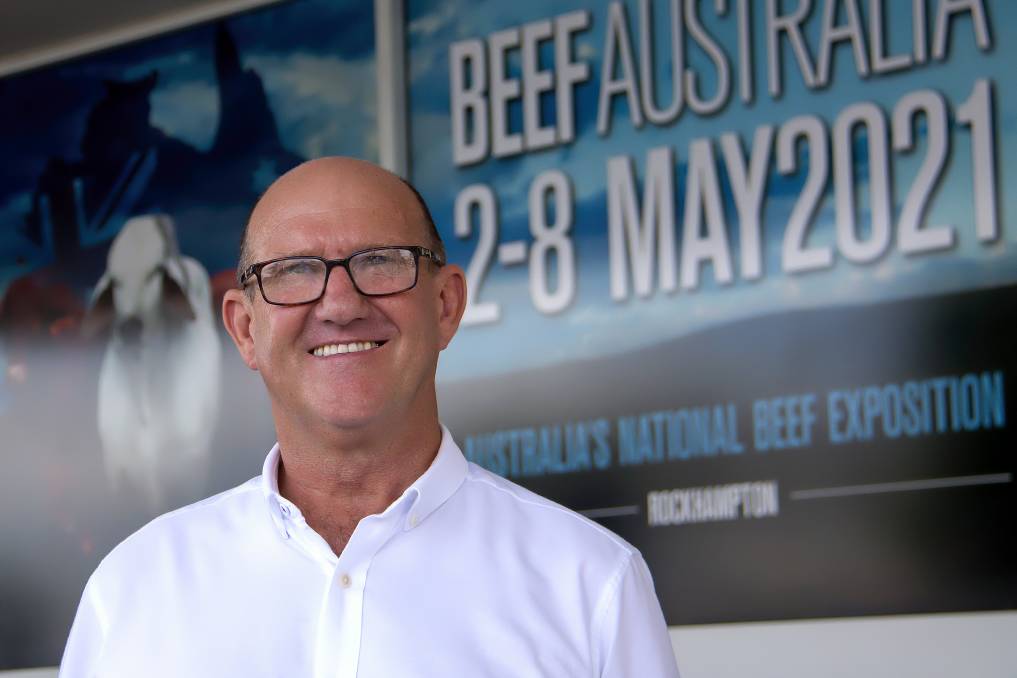 Beef Australia CEO Ian Mill is finishing his tenure at the helm of the internationally-recognised beef industry exposition.

Considered the biggest and best Beef Australia expo on record, Mr Mill led a team of 80 staff and more than 200 volunteers to deliver Beef 2021 in Rockhampton in May.

From August, Mr Mill will take the reins at the Rockhampton Jockey Club as acting CEO.

An organisation he has served as a board member for the past three years, Mr Mill said he jumped at the opportunity.

"Horse racing has been a passion of mine for a long time, both as a volunteer on the local board, as well as having shares in racehorses albeit on somewhat of a social scale," he said.

"The thoroughbred industry has always been something I have followed keenly, so when the opportunity arose to step into this role and with my contract at Beef Australia coming to an end, I jumped at the chance."

Mr Mill has received the blessing of the Beef Australia board, as acknowledged by board chairman Bryce Camm.

"We greatly appreciate Ian's contribution to Beef 2021 which, despite the challenges and unknowns associated with COVID, has been hailed an overwhelming success by all, from our tens of thousands of visitors and participants through to our stakeholders," Mr Camm said.

"Many of Ian's management skills and abilities displayed in delivering Beef 2021 will serve him and the Rockhampton Jockey Club well in his new role.

"We thank Ian for his service and wish him continued success in serving the Rockhampton community which he is so passionate about."