Access to diagnostic software and improving the warranty process have been flagged as two issues farmers hope to see addressed during the federal government's review of Right to Repair. 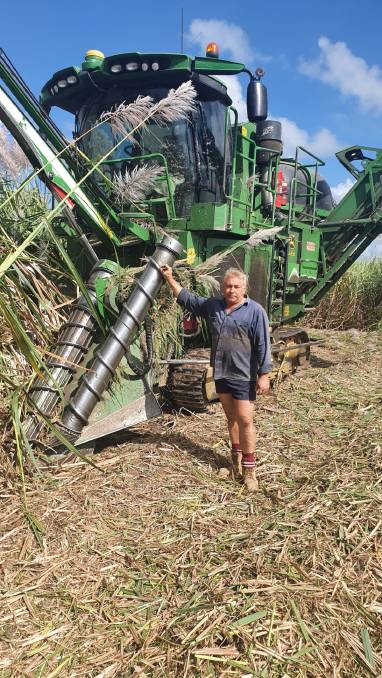 Access to diagnostic software and improving the warranty process have been flagged as two issues farmers hope to see addressed during the federal government's review of Right to Repair.

Queensland farmers have raised the concerns in response to the Productivity Commission's Right to Repair draft report, which was released earlier this month.

Cane farmer and contractor Vince Russo said tightening up the warranties and claims process was his biggest concern.

Mr Russo farms 460 hectares at Trebonne, west of Ingham, and said they have a range of gear from farming to harvesting and laser levelling equipment.

The review was an opportunity to make the process far clearer and easier to deal with in terms of negotiating warranty repairs.

He said in the cane industry, they had seen successive machinery models released with the same problems; often related to high-cost and high-value components.

"One of my big concerns has always been when you see a component fail just in or just outside of the warranty period," he said.

"To me, this indicates poor design or equipment that is really not fit for purpose."

Darling Downs cotton and grains farmer and contractor Lachlan Nass said there was no question large machinery companies know at what hours certain components are likely to fail.

"At the end of the day if you've purchased a tractor, you own the tractor, and you should have the right to repair it, modify it, do whatever you want to it," Mr Nass said.

"Unless you've leased the tractor, you actually own it."

"It means there's no competition from any smaller providers that can come and diagnose an issue and potentially fix a simple problem with a tractor, you've got to pay one of the big machinery dealers a fairly high price to do it," he said.

"With a lot of tractors, if they throw a code or something like that, it would even just be handy from a farmer's perspective to know what the code means and if it's a simple fix, fix it yourself.

"Particularly given the nature of Australia where you're often miles from nowhere, especially if you're a contractor, if something messes itself it could be a simple fix but you don't know that because you don't have the ability to know what the code means."

Canegrowers Herbert River manager Frank Scardamaglia said farmers had become quite concerned about the limited access they have to repair agents outside of the dealership.

He said the lack of competition had driven up the cost of repairs and callouts, with independent repairers unable to access the software.

"Our members' main concerns include limited access to repair agents due to software quarantining, lack of fault recalls by manufacturers, out of warranty issues and data ownership which all contribute to limited competition," he said.