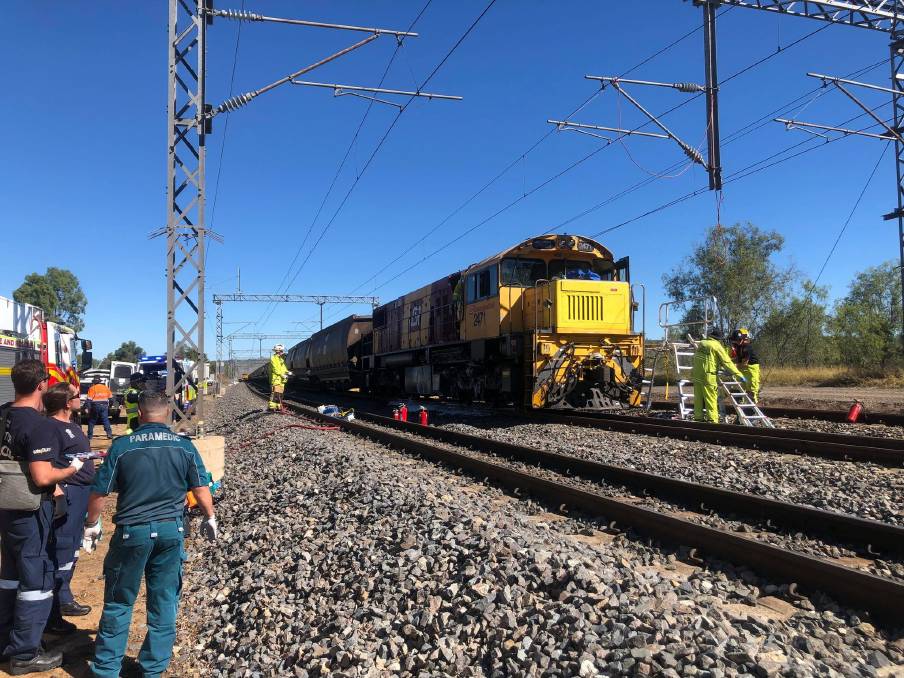 Investigations into the crash are ongoing.

A forty-year-old man has sadly died following a train collision east of Westwood, 50 kilometres west of Rockhampton on Friday afternoon.

Three workers were injured, including a 49-year-old Margate man who died at the scene.

#Westwood - Paramedics are at the scene in which four patients have been injured following an incident involving two trains off the Capricorn Highway and Huxham Lane at 11.35am. The rescue helicopter has been tasked to attend.

The Capricorn Highway east of Westwood had to be closed for around two hours.