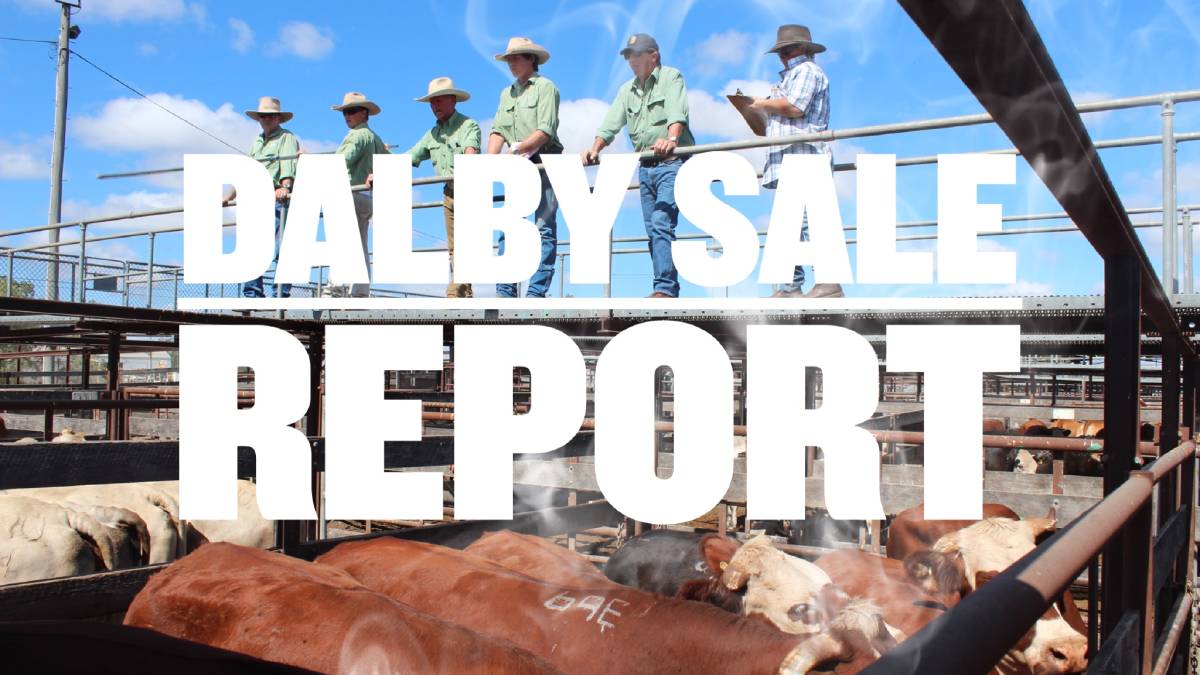 There were 2848 cattle offered at Dalby.

The supply of stock at Dalby on Wednesday increased by 590 to 2848 head.

The usual panel of feed and trade buyers were in attendance, however one major export processor was absent from the buying panel. A large number of local and interstate restockers were very active in the market.