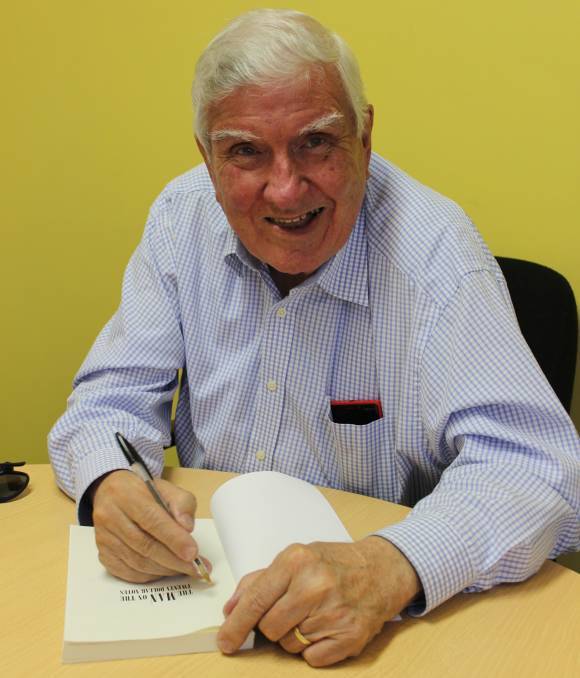 Everald Compton, Aspley has been named an Officer (AO) in the Order of Australia honours for his distinguished service to the aged welfare sector through advocacy and advisory roles, to the Uniting Church in Australia, and to the community. Photo: Samantha Walton.

Long-time friend of north west Queensland and author of The Man on the $20 Notes, Everald Compton has been recognised in the Queen's Birthday 2021 Honours List.

At 89 years old, his drive for change and dedication to community service, has placed him as one of the few Australian's to have received the Order of Australia honour twice.

Mr Compton's distinguished service to the aged welfare sector through advocacy and advisory roles, to the Uniting Church in Australia, and to the community has seen him appointed an Officer of Australia (OA) in the General Division.

His dedication and service was originally recognised 30 years ago, when he was awarded the Member of the Order of Australia (AM) in 1992.

Mr Compton hails from Aspley in south Queensland and was surprised to receive the honour, saying "you never know when these things are going to happen".

"It's actually the second time I received the Order of Australia and they tell me that there's not a great number of people who get the order twice," Mr Compton said.

"I'm now an Officer of the Order and it makes me feel very happy that I got it twice.

"I don't think I'll get it three times if I have to wait another 30 years for another promotion; I think that might be stretching it a bit." Everald and his wife Helen Compton in Mount Isa in 2016.

Mr Compton is a certified practicing accountant and marketer, author, Uniting Church Elder, charitable trust founder, founding director of National Seniors Australia, and was chair of the Australian Transport and Energy Corridor Ltd in the mid-1990s to late 2000s.

He actively lobbied for the creation of an inland rail project linking Melbourne to Darwin via Parkes, Goondiwindi, Toowoomba, Gladstone, Emerald and Cloncurry. His passion and service to the transport industry awarded him the Centenary Medal in 2003.

One of the founders of National Seniors Australia back in 1976, Mr Compton was on the board for 35 years and chairman for 25 years, before he retired on his 80th birthday.

"We wanted older people to be looked upon as an asset to Australia and not a liability and that everybody, while they're alive, should be given the opportunity... to contribute," he said.

"I've been off the board for 10 years now and it's still going strong, but every year I used to go down to Canberra to lobby for things for older people."

Mr Compton is currently working in central Queensland as a follow up to his work as a pioneer of the Inland Rail. He is the leader of the movement to get Voluntary Assisted Dying Legislation through the Queensland Parliament.

"I'm also strongly advocating improvement to the Australian Constitution and I'm also the leader of the movement to get Voluntary Assisted Dying Legislation through the Queensland Parliament, when the vote comes in September," he said.

Mr Compton thanked the "good people" that nominated him a couple of times for the prestigious title, but acknowledged that many others aren't recognised for their service to the community.

"There's lots of really good people who haven't been nominated and some of those country towns wouldn't exist if it wasn't the efforts of those people," he said.