Rain and the extension of the federal government's instant asset write-off is fuelling increased demand for tractors, according to dealers at FarmFest. 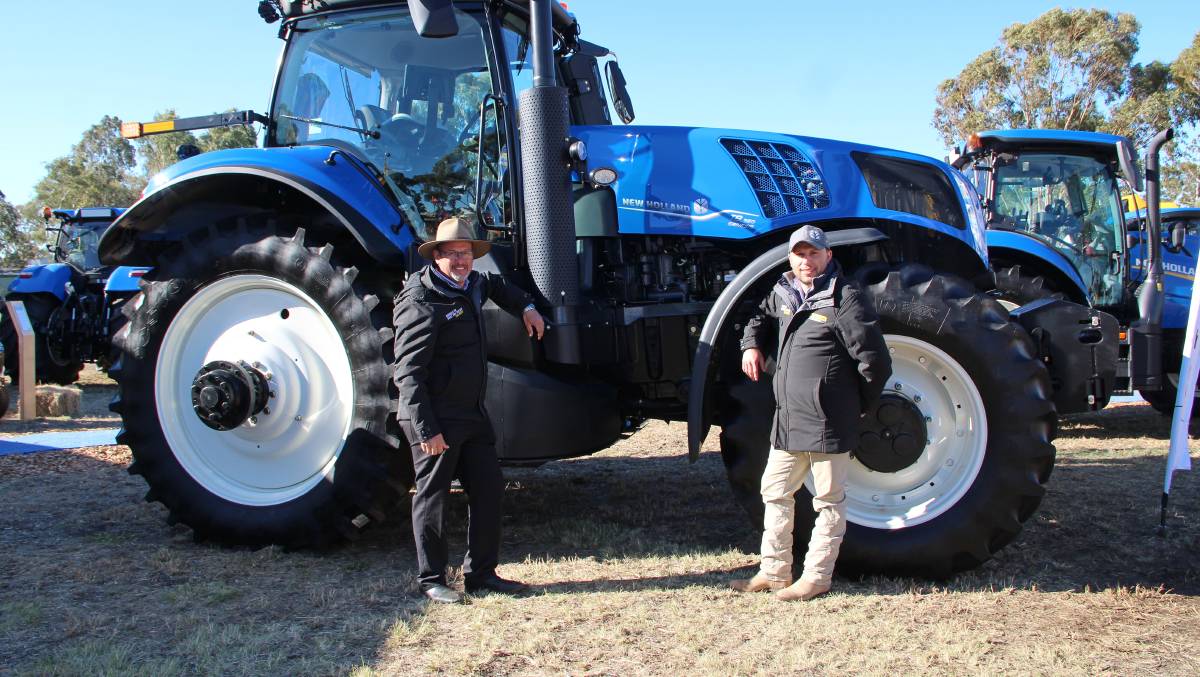 Rain and the extension of the federal government's instant asset write-off is fuelling increased demand for tractors, according to dealers at FarmFest.

Claas Harvest Centre Dalby sales manager Anthony Eugarde said the winter cropping program was off to a really good start, possibly the best in the past six years.

"I think the optimism in the market, the government incentive is also kicking things along still, tractor inquiry especially has been right up over the past few years," he said.

Mr Eugarde said their Axion range and Goldacres self-propelled sprayers had been popular but it was the utility tractors that had been the stars of the show. "That's probably been the pick of them. We've probably moved 10 units off-site and a lot of quotes coming out after that," he said.

Like others, they were experiencing delays in getting orders but it was generally only a couple of months.

"I think us, along with a lot of other dealers in Australia, are struggling for numbers," he said.

"They are slowly starting to trickle in but our enquiries are through the roof at the moment off the back of FarmFest, we have sold quite a few units so we're really happy."

"It's been right across the board; right from our small 25 horse power stuff right up to the 600-700 horse power units, as well as combines; we've had a lot of hay gear go through as well," Mr Worth said.

"We've had a really great couple of days here so it's been fantastic with our sales."

Mr Worth said they expect to see another large increase in sales nationally for the June period.

"That's probably been the biggest driver, the rain along with the instant asset write-off, that's certainly helped to make the sales come through," he said.

Mr Worth said while there have been some delays, they had a process in place to be able to meet demand and still supply stock to customers.

"We haven't seen a big delay in product coming in; we've had constant supply of product coming through and a lot of our dealers have been really proactive about ensuring they've got the stock coming to meet the demand in the future," he said. Vanderfield eastern regional manager Allan Cooper said the market has been buoyant across all sectors.

"We've had good crowds, we've had good enquiry, there's some buoyancy in the market and I'm sure we'll be achieving sales from FarmFest," Mr Cooper said.

He said one of the products generating interest on their site, and at demonstration days at Emerald and on the Darling Downs, was the 120-foot John Deere 616R sprayer.

The sprayer utilises See and Spray and ExactApply technology and trials have found reductions of 50 to 70 per cent in herbicide use. It will be available for ordering in 2022.