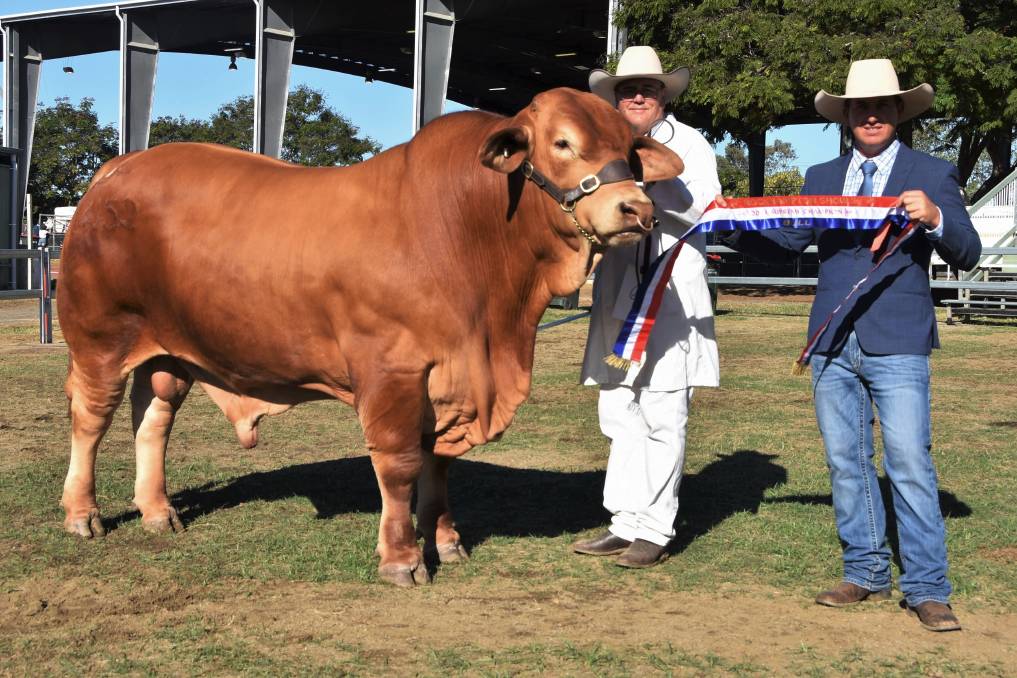 STRAIGHT from their central Queensland shows success, the Childs family extended their broad ribbon winning streak at the Rockhampton Show on Wednesday.

Weighing in at 1060kg, Glenlands J Bateman is no stranger to the show ring, after winning supreme champion bull at this year's Capella, Springsure and Clermont shows and reserve senior champion Droughtmaster bull at Beef Australia back in May.

Commenting on the supreme champion bull, Wayne York said the sheer volume of the Droughtmaster bull put him on top overall.

"The Droughtmaster bull is complete with thickness and muscle. He's got looseness and softness of skin, stands on good bone, he's reproductively sound and has a good sirey head," Mr York said.

"He's a bull that I think ticks so many boxes in so many ways that well and truly puts him on top." 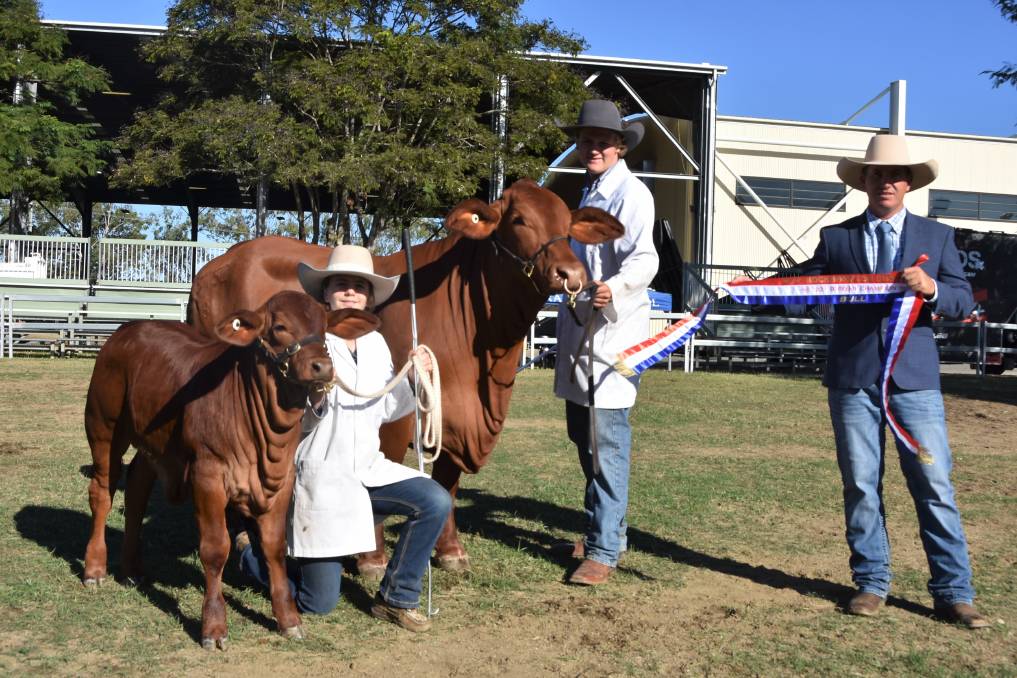 Glenlands J Accolade (P) and her calf took out this year's grand champion female in the Tropical breeds competition, before claiming supreme female of show.

Mr York commended the two females that made it to the championship round.

"I've gone with the Droughtmaster female. She's doing a great job with her calf and she carries her back legs a little bit better than the miniature breed female," he said.

"This female is structurally correct, has the smoothness and depth of body and is very feminine." 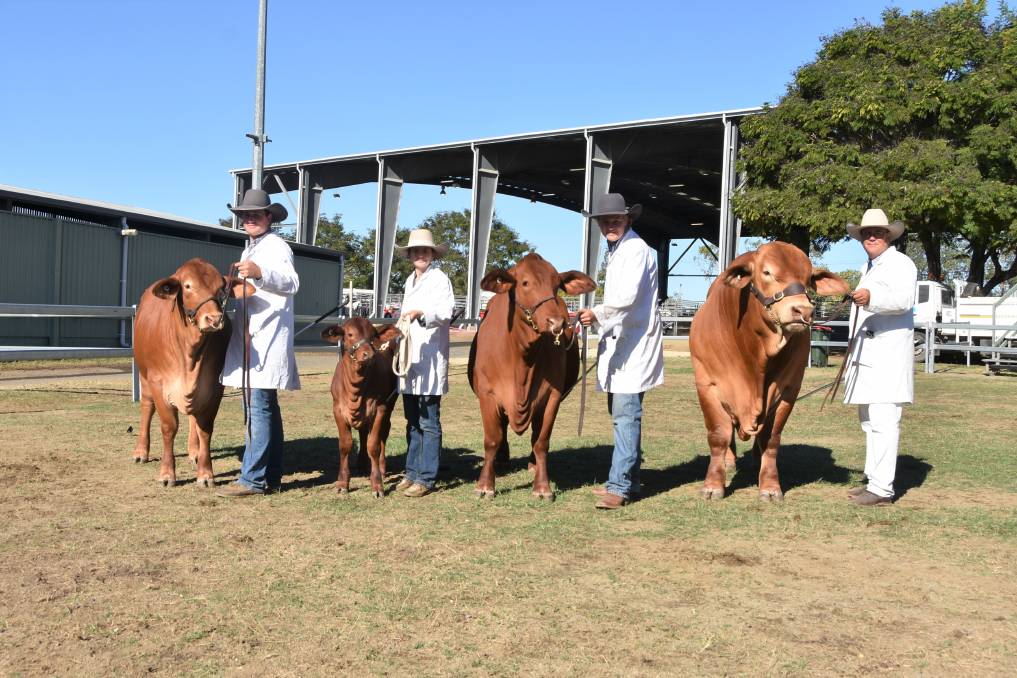 The supreme champion breeders group was also exhibited by the Glenlands J stud.

The family took 12 head to the Rockhampton Show, following on from their successful show run at Clermont, Springsure and Capella.

Stud principal Jason Childs said the cattle his family exhibited on Wednesday did 'extremely well' and they are looking forward to showcasing their cattle at the Ekka.

"We're very proud of the cattle that we exhibited here at the Rockhampton Show," Mr Childs said.

"Glenlands Bateman is a very well balanced and structurally correct bull. He's had a very good run lately, he's been supreme exhibit at the last three shows that we've been to.

"I think a lot of him, he's very tidy underneath, standing on beautiful bone and well balanced.

"Hopefully we can get him to Brisbane for the Ekka, and that's where we're aiming for next."