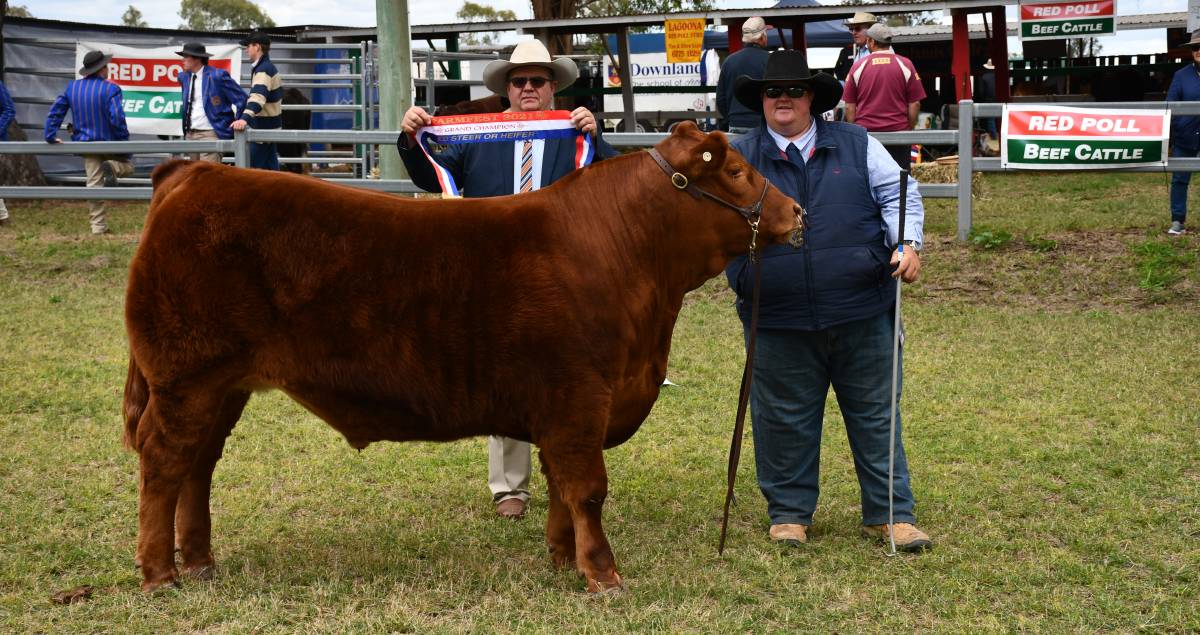 Exhibited by Travis Luscombe, the pure bred steer has received a fair few ribbons but never reached the top of the podium before. 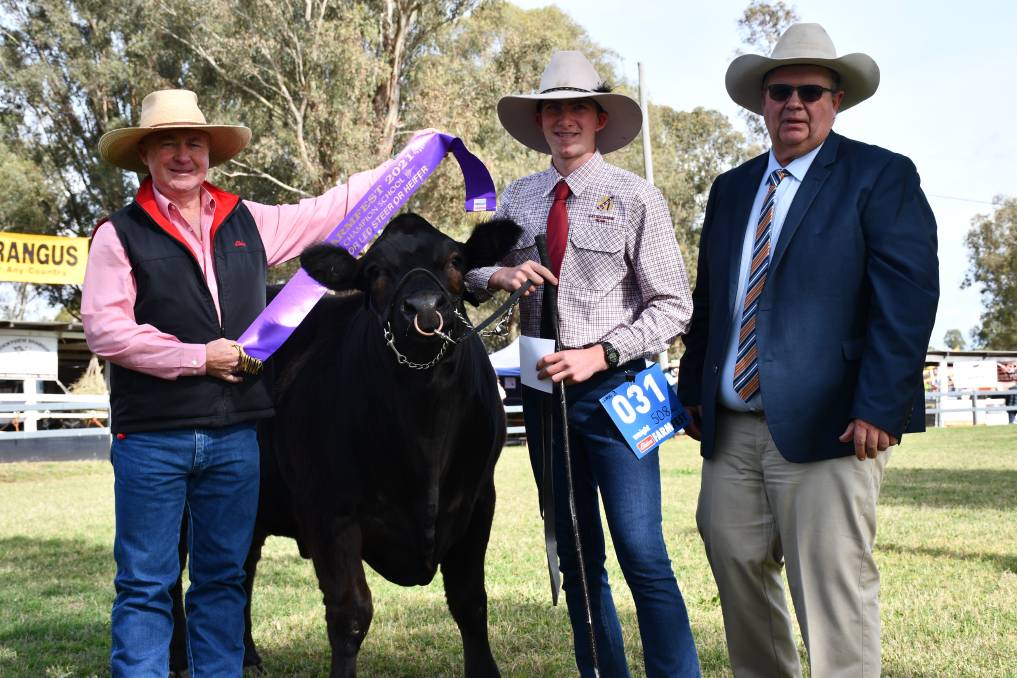 Ticking every box makes a judge's life a whole lot easier when competing in a led steer competition, particularly one with more than 80 entries.

And that's exactly what Jeremy, the 644 kilogram Limousin steer, did for veteran judge Tim Bayliss, who is livestock manager for Ray White Rural in Dorrigo.

Exhibited by Travis Luscombe, the purebred steer has received a fair few ribbons but never reached the top of the podium before.

But on the day, Mr Bayliss - a former MSA grader - said the animal has just everything right to be on the hook tomorrow.

"This red steer is absolutely outstanding," he said.

"The animal just ticked all the boxes; from carcase, fat cover and eye muscle, he had absolutely everything."

"The animal just ticked all the boxes; from carcase, fat cover and eye muscle, he had absolutely everything." - Judge Tim Bayliss

Jeremy was bred by Jen-Daview Limousins at Kingaroy before being sold to Mr Luscombe at auction last year for $3600.

Breeder Brent Evans said Jeremy had always been great as a calf, and today was just his day.

"He was just on the money today. It was really good to see him get the ribbon for Travis."

It was Brayden's first time exhibiting at FarmFest after joining Dalby's agriculture team this year.

The grade nine student said he wasn't expecting the win and was glad to make his teachers proud.

Mr Bayliss said the debutant was unlucky to miss out on the overall champion.

"Just ready to export, the animal was outstanding from head to toe," he said.

"There was an excellent show of cattle all around today and I look forward to seeing how some of them perform at the Ekka."