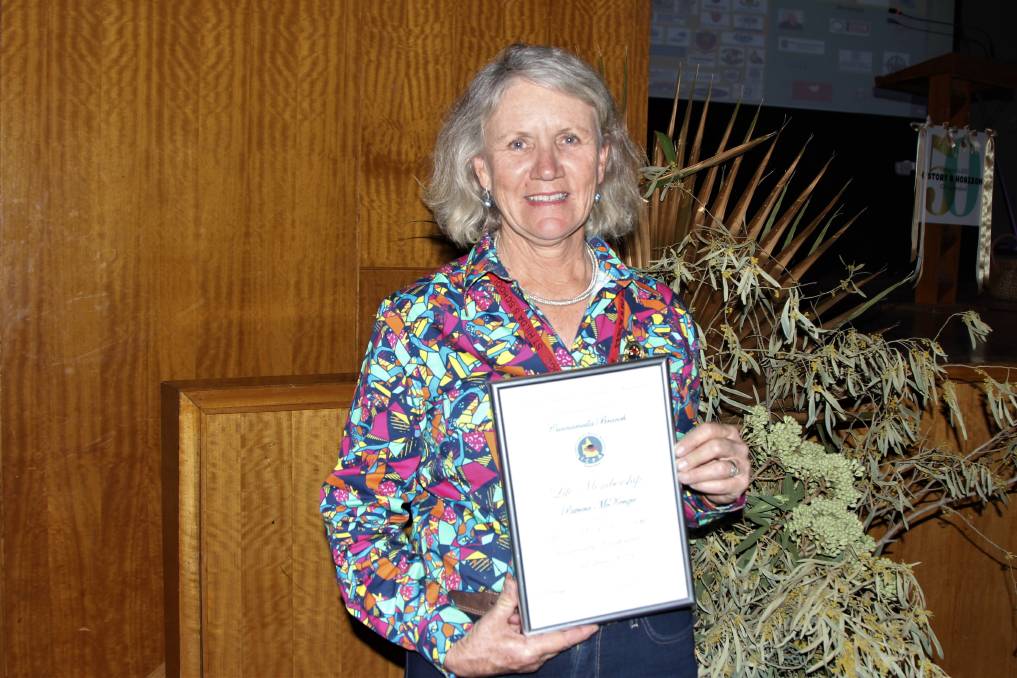 Trish McKenzie, pictured with her life membership certificate, was one of the many behind-the-scenes workers for the 2021 conference.

Conference delegates from around the state gave a cheer as branch president and conference convenor Rhiannon Newsham made the presentation to one of the stalwarts of not just ICPA but the whole community in Cunnamulla.

"Her dedication is typified by her willingness on multiple occasions, to take on committee roles and commitments where there were simply no other candidates," Ms Newsham said. "In some cases, she accepted multiple roles across several related organisations when other candidates in her community could not be found."

As well as volunteering her and her family's time and expertise for both last week's ICPA conference and the previous one in 2003, Ms McKenzie has taken on the planning, coordination and execution of ICPA Eulo Ladies Days in 2017, 2018 and 2019.

Ms Newsham described her as a key mentor for the Cunnamulla branch, being essential in a low profile way for things such as fundraising clearing sales or having a 100 per cent attendance rate at branch meetings.

Her contribution was also felt federally when in 2010 she was elected to ICPA's federal council, serving on that until 2013.

Related: Three of the best rewarded at ICPA's 50th

As a registered nurse, Ms McKenzie's expertise also saw her become the ICPA representative on the National Rural Health Alliance from 2010 - 2015, advocating for the needs of isolated children and their families in that sphere as well.

She is the founding and current chairwoman of Paroo's Country Education Foundation, a complementary not-for-profit organisation that assists isolated children who have left formal schooling to continue with their education across tertiary and trade facets.

She has also served with the Royal Flying Doctor Service - Drought Wellbeing Service, AgForce Queensland as the south west regional manager, and with Centacare Toowoomba as a drought support worker for the Paroo shire.