Central Queensland agents yarded 5578 head of cattle for the special sale in Gracemere on Monday.

BUYERS snapped up quality lines of cattle at this year's annual special weaner and feeder sale at the Central Queensland Livestock Exchange in Gracemere on Monday.

Cattle came from across central Queensland to put together one of the best yardings seen in possibly more than 30 years.

Prices peaked early in the day at 612c for a pen of Charbray steers from Davidson Pastoral, Roper Downs, Middlemount, which weighed 200kg and made a return of $1224. 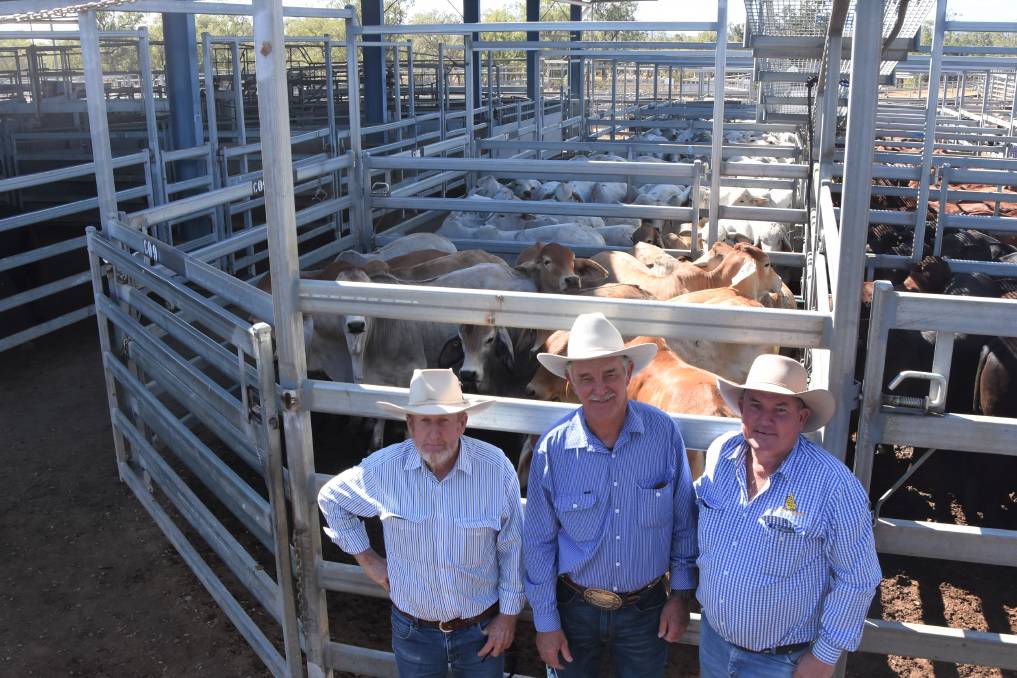 While this year the steer portion increased to 4256, the figure is reflective of the rise in cattle prices across saleyards during the past 12 months.

"It was a fantastic line of feeders and weaners brought from all over central Queensland," Mr Wilson said.

"The numbers we had represented a slight increase on those compared to last year and the market was firmer."

Mr Wilson said competition was strong from a big field of local buyers and those further south.

"It is weaning time and people are taking advantage of that and a lot of cattle that normally get sold privately are going to stand up at saleyards just because the demand is there," he said.

"Some of the vendors were a little bit worried that the cents/kg wasn't quite as much as they expected, but then they were surprised with how heavy some of the calves were too."

Lindsay Lobwein, Nutrien Livestock Rockhampton, said the premium results were being driven by fierce demand from restockers, which included buyers right throughout Queensland and across the border into NSW.

"It's definitely a stronger market overall, but this is a sale that is growing in strength too," Mr Lobwein said.

"We are attracting quality buyers so the vendors are choosing to come back year after year and present larger and quality lines."

"The quality was excellent, the weaners were looking fresh and in great condition as some of them had not long been weaned." Cattle came from across central Queensland to put together one of the best yardings CQLX has seen in possibly more than 30 years.

Mr Lobwein didn't predict the restocker demand to diminish, and noted lot feeders had competition on some of the feeder lines from restocking producers chasing heavier cattle.

Tolsworth Hay and Grazing also had a good result for its Brangus steers which reached 604c. The complete offering, consisting of 92 head, had an average weight of 202kg and returned $1197.

For feeder steers, the top price was hit by a Calliope Cattle Company offering of Droughtmasters, which weighed 495kg and sold for 414c to return $2048.

For heifers, prices peaked at 534c for a Moorvale Pastoral Company offering, which weighed 208kg to return $1113.

Related: Quality on show at Special Weaner and Feeder Sale in Gracemere | Photos