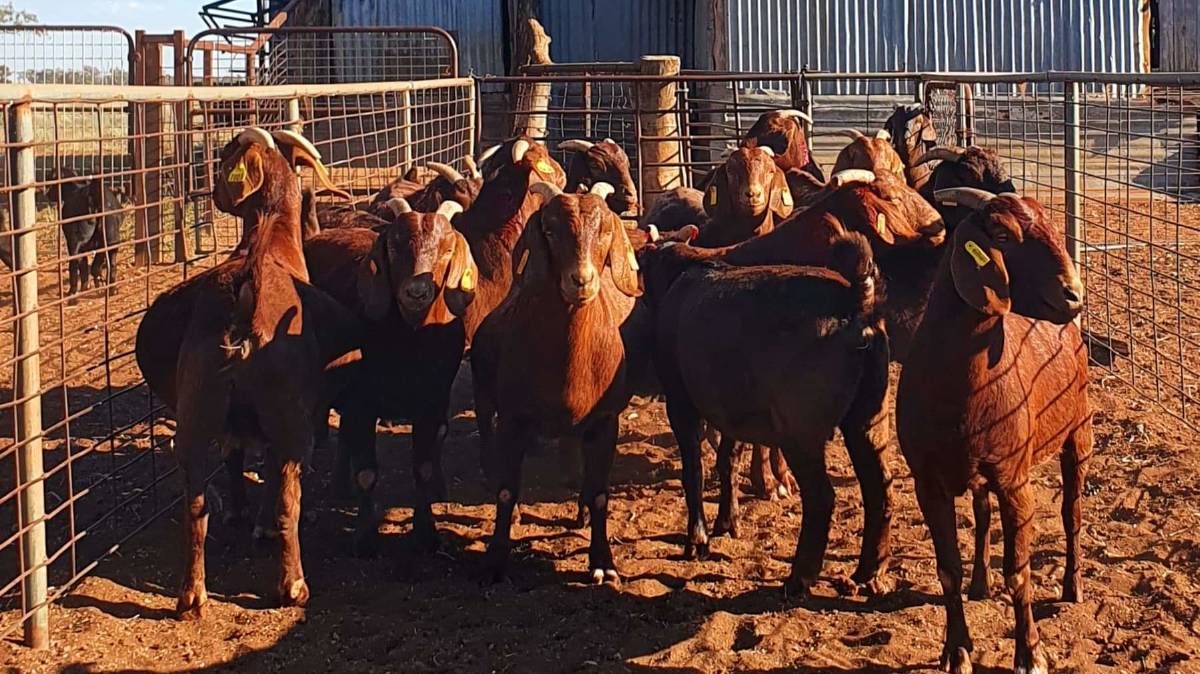 The Gilmore's run about 130 does at this point, of which 30 to 40 carry full pedigrees and registrations. Photo: supplied

This year the Gilmore family of Baringa Red Boers are ramping up production through embryo transfer in the hope to annually produce in excess of 150 commercial red bucks.

SINCE 2015 the Gilmore family of Baringa Studs have been breeding Red Boer goats, and this year they are amping up production through embryo transfer in the hope to annually produce in excess of 150 commercial red bucks.

Ian and Donna Gilmore along with their sons Brayden and Lachlan are based at Oberon and have interest in a number of stud operations including Australian White, Border Leicester and White Suffolk sheep, and kelpies.

With a deep background in breeding stock, Ian Gilmore said they saw an opportunity to go forward when they first saw Red Boer goats at Dawn O'Neil's property Collaroy at Hermidale near Nyngan.

"We had a very good black Suffolk stud of which we were selling black faced flock rams in NSW, but it was not easy so we made the decision to disperse the Suffolk stud and invested into the red enterprise," Mr Gilmore said.

"Dawn O'Neil and I are in a joint venture on rangeland goats, and she allows me to run reds in country where they are more suited - Oberon was too cold for them, and they didn't handle it well." 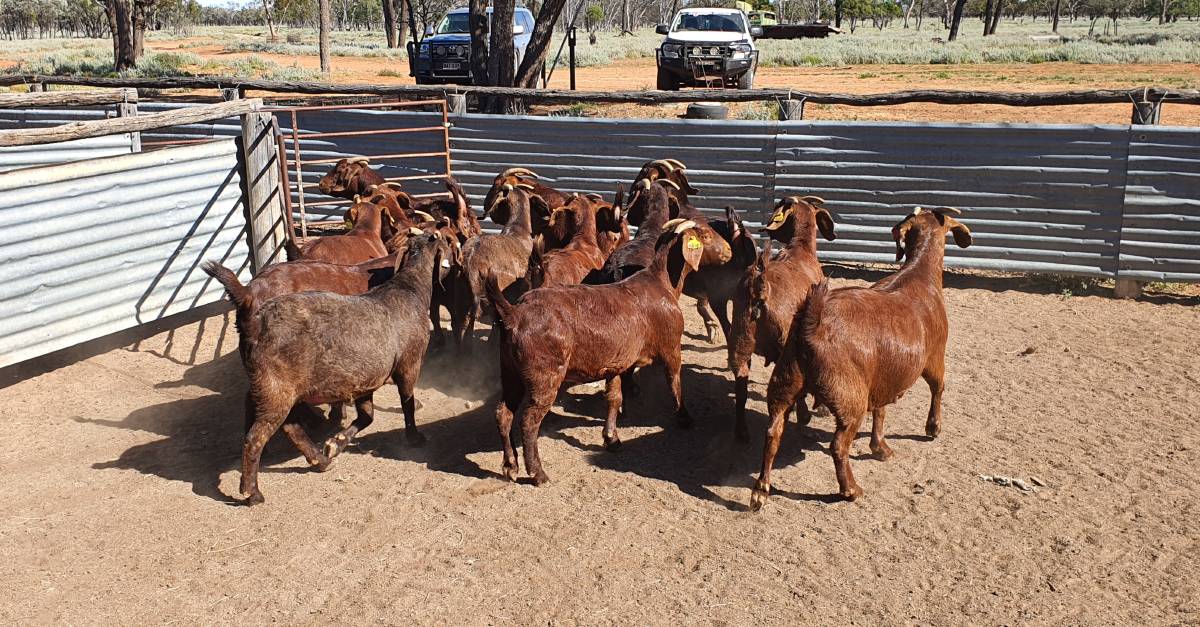 The Gilmore's run about 130 does at this point, of which 30 to 40 carry full pedigrees and registrations, and they recently invested at the record-breaking inaugural Cobar Red and Black Goat Sale last November securing a Rangeland Red buck called 'Miami' for $7500.

On Monday, May 24 the Baringa Red Boer stud completed its first embryo transfer (ET) program with a total of 146 embryos recovered and implanted in recipient does.

"All does gave embryos, with the leading doe supplying us with 23 embryos.

"We are over the moon. Executing a program that runs from Hermidale in NSW to Cunnamulla in Queensland while we live in Oberon is a lot of work and a lot of logistics but it all came together. We have a great team."

The does were artificially inseminated (AI'd) at Hermidale on May 18 using fresh semen from the Rangeland Red Miami buck they purchased out of the Cobar sale.

"The buck was then introduced to the does that had been AI'd so anything that we may have missed on AI, we hoped to pick up on natural joining," he said.

"Then on May 23 Brayden and I headed north with the donors." 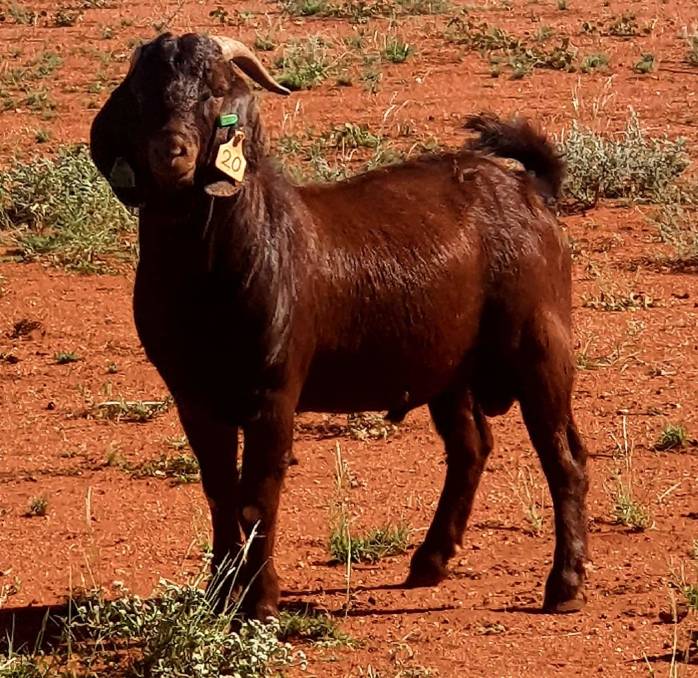 Rangeland Red buck called 'Miami' purchased for $7500 out of the inaugural Cobar sale last November was the joining sire for the 14 Baringa does. Photo: supplied

The recipient does were supplied by Ben and Andrea McKenzie from BAM Pastoral, Cunnamulla, Qld who are commercial goat producers that have been buying genetics from the Gilmore family for the last two years.

"We always wanted to do embryo work but we were holding off because we always had the issue of not being able to source recipient does that we would be happy using because of the nature of the bush, rangeland goats.

"That is where we formed a partnership with Ben and Andrea, and they have worked to put together a line of boer cross does that suit the recipient program.

"We see ET as an opportunity to increase the top end of the stud using the superior genetics we have been able to put together since the inception of the stud, through the Armadown stud and other studs we had identified elite does we wanted to go forward with.

"My belief is we have the individual genetics within Australia that with the right breeding program and identify the right animals could take the breed to next level.

"But we have to be capable of identifying them, and then optimising their production through programs such as this." 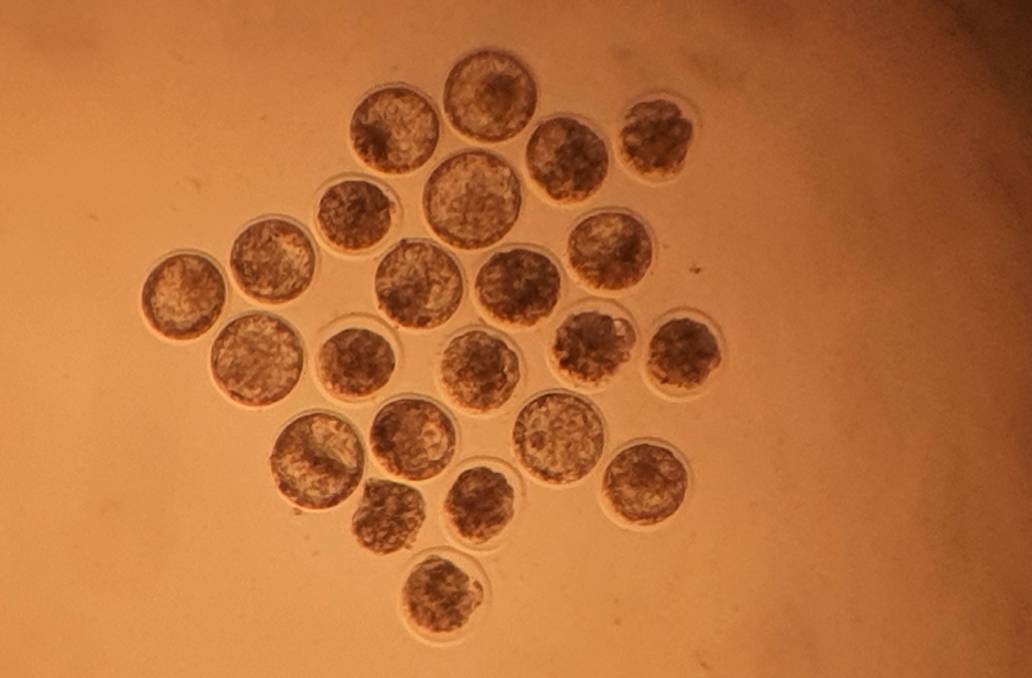 The Baringa Red Boer stud embryo transfer program saw 146 embryos recovered and implanted in recipient does, with the leading doe giving 23 embryos for a 10.5 embryo per doe average across 14 donor does. Photo: supplied

Dubbo based Ovatec Pty Ltd owned by Dr Francois Marais and his wife Lynn did the AI and ET of the goats.

"The comment from Francois made at the conclusion was that they were the best recipient does ever used for ET work," Mr Gilmore said. "He was chuffed with quality of stud genetics and quality of recipient does."

Bringing the donor does back to their home at Hermidale after they were flushed, the Gilmore family said they would look at doing another ET program early next year with the aim of supplying Queensland and western and north western NSW goat operations.

"Ten years ago if you told me I would be in Red Boer goats and really starting to ramp up our goat operation I would've said you were delusional, but I guess that is how it has turned out," he said.

"Learning more and more about goats, and working in the western country and working with goats is something we enjoy.

"Per acre what you make out of goats is so far ahead of what you can make from anything else."

They hope to be producing over 150 commercial red bucks in the future.

"I am not too interested in chasing the stud market, all animals will have stud registrations but the easiest people to deal with are people that want large numbers of bucks," Mr Gilmore said.

"We have found the western people easy to deal with, those that are chasing bucks to go into a crossbred breeding situation and that want someone to supply big numbers of bucks."

Aiming to breed a moderate, not extreme animal, Mr Gilmore said that structure is their main concern.

"Obviously it doesn't matter how good they are if they are not mobile and cant handle the vast conditions out there (in the western and north western regions), they are no use," he said.

"For bucks to be able to compete with the rangeland feral bucks, they have to be strong and have quite a physical presence and that is what we are targeting, combined with everything stud breeders look for in stud animals.

Mr Gilmore said this is a new venture for their family, who hold a number of sales annually in NSW and South Australia with sheep.

"I was one of five individuals involved in the creation of the Aussie White breed, and once the Aussie White was created I couldn't see anything else in the sheep industry that could compete," he said.

"They caught our eye and since we have been determined to breed commercially relevant Red Goats to service regions of NSW and into Queensland."

In the future when they are happy with their product, the Gilmore family is looking at the potential of bringing their elite genetics from ET programs along with progeny of natural born matings to market by putting a sale on in Cunnamulla, Qld interfaced with AuctionsPlus with BAM Pastoral.