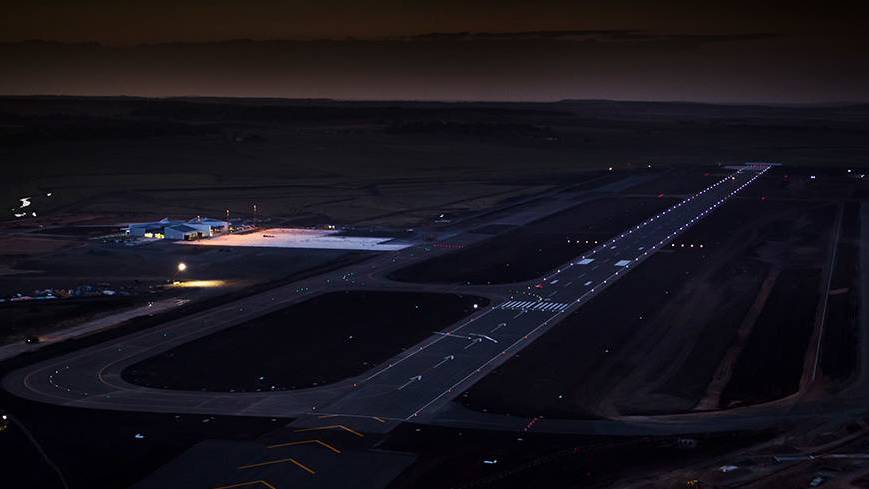 The Wagner family have proposed the quarantine hub on land they own near Toowoomba Wellcamp Airport.

Ms Palaszczuk said that the proposal's details were commercial in confidence.

The Toowoomba quarantine hub proposal at Wellcamp airport has had another kick in a game of politics between both factions of government.

In parliament today, the state opposition pressed Premier Annastacia Palaszczuk and her Health Minister Yvette D'Ath over allegations stemming from the Prime Minister Scott Morrison that the proposal for the facility lacked important 'detail', surrounding medical services and cost.

Opposition Leader David Crisafulli kicked off the question time by asking government why it won't reveal important details about the Wellcamp proposal and questioned how patients would be transported from the facility.

Ms Palaszczuk said that the proposal's details were commercial in confidence.

A spokesperson from Premier's office has told Queensland Country Life that the proposal has strong community support and is not a matter of politics, rather community safety and public health.

"It's not a complicated idea. The Queensland Government suggests hotels were never built to be quarantine centres," the spokesperson said.

"Regional quarantine has broad community support providing the two things we need most in this pandemic: certainty and safety," the spokesperson said.

The spokesperson said that the state government will continue advocating for a regional quarantine facility as long as the virus remains a threat.

"It also solves some of the most pressing issues holding back our economic recovery including providing a safe portal for farm workers and returning international students.

"The state government does not control which planes are allowed to land where hence the Premier's simple question to the Prime Minister: do you support this or not?"

Last week the ABC had it's Right to Information request for the release of documents relating to the proposal rejected by the premiers office, saying the information is contrary to the public interest.

The decision to release the proposal, as well as letters between the Premier and Prime Minister, is now in the hands of an Right To Information officer, who will consider the objection before making a decision.

Toowoomba based businessman and philanthropist Clive Berghofer has spearheaded community pushback against the proposal.

Flagging health and infrastructure concerns, Mr Berghofer launched a parliamentary petition that garnered more than 8,000 signatures in protest to the proposal.

"Toowoomba's got a good health system, but not a great health system that is able to handle any real coronavirus outbreak" Mr Berghofer said.

"If there was ever an outbreak the cases would have to be sent to Brisbane, so what is the point of bringing them to Toowoomba in the first place."

"Why send it to a regional city that has never had the problem if you're going to end up with two cities in lockdown."

Mr Berghofer flagged that Toowoomba acts as the agricultural centre for South East Queensland and that the potential of a lockdown would cripple the regions economy.

"No farmer wants a quarantine facility in Toowoomba, everyone from Moree to Toowoomba comes to Toowoomba for agricultural services,"