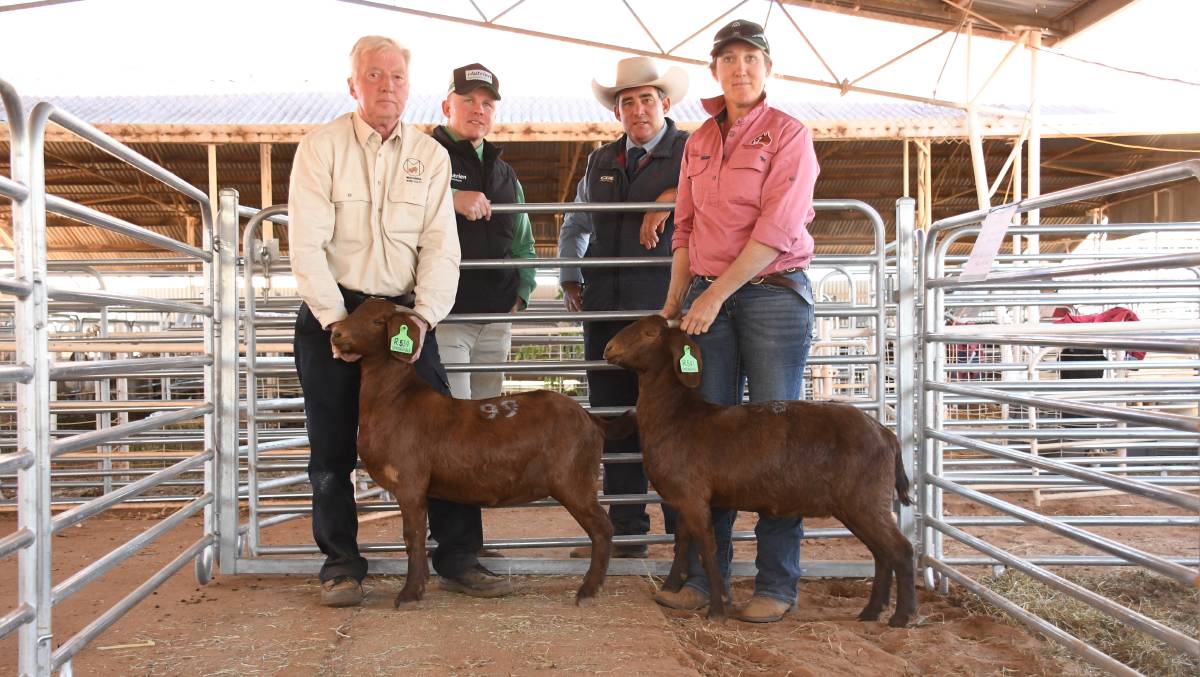 Market demand was strong for the inaugural Queensland State Goat Breeders sale on Monday at the Charleville Showgrounds.

It was Springvale R539, a ten-month-old triplet doe sired by Armadown Magnum out of Yarrabee N7141, that topped the sale and sold to Jim Gillon, Macanda Boers, Gordonbrook, for $8100.

The top priced buck Springvale R615, a standard commercial buck, went to Lex and Lyn Jukes, Tregonning, Morvan, for $3600. They purchased a total of six bucks and two does.

They have engaged Francois Marais, Ovatec, Dubbo, to carry out an embryo transfer program over the next 12 months.

They will flush the six does purchased at the sale and use the two stud bucks they purchased for the semen in the embryo program. 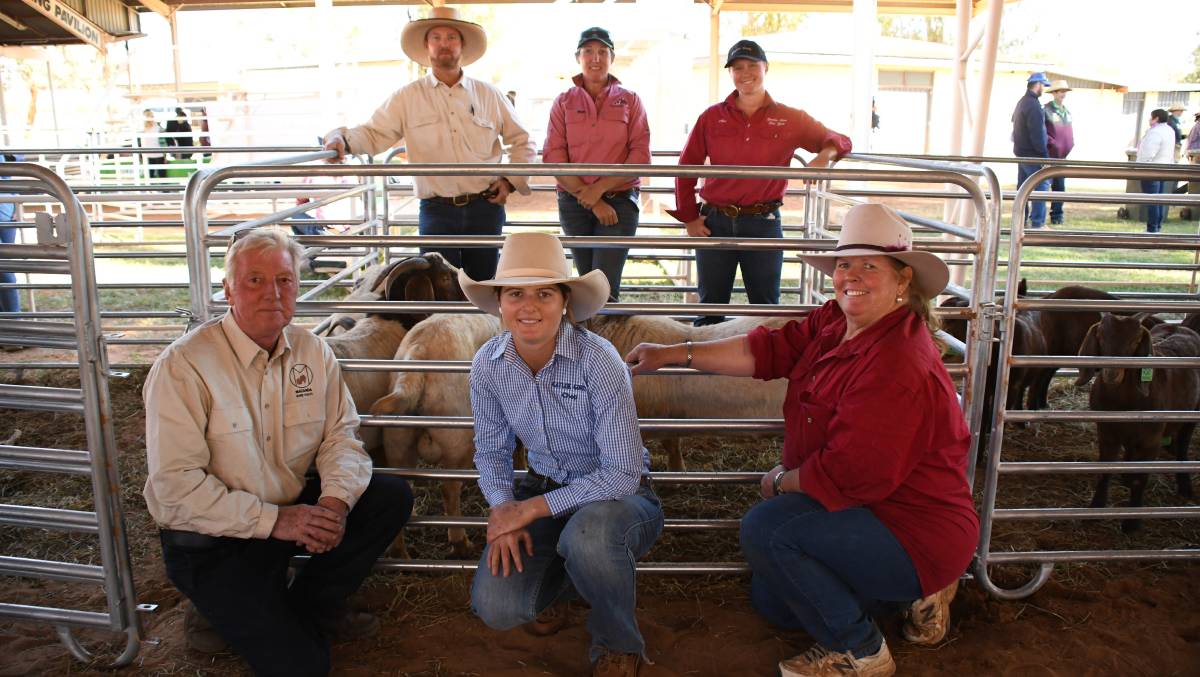 Danielle Jennings, Heartbreak Pastoral Pty Ltd, sold a total of 25 commercial bucks to average $952 and topped at $1800, and four commercial does to average $575 and top at $800.

Youngest vendor at the sale was Alice Sewell, Gundare Lane Boers, who sold six bucks to average $1233 and top at $1400 twice, and four does to average $1325. Ms Sewell was very excited with the results and is looking forward to next year's sale.

Ms Watts said she did not expect the results and was over the moon.

"It's so good to be part of the sale and the goat industry at the moment," she said.

"They are making good money in the meat market, so it is exciting times ahead."

Sale organiser Emma Patterson of Springvale Red Goats said it was exciting to see all vendors achieve a 100 per cent clearance and be paid well for the goats they had offered.

"This is now going to be an annual sale and going forward, it is going to showcase goats with really good commercial attributes like they have presented today," she said.

"Our industry is going through a really exciting time and I think that is evident in what you are seeing here, goats that are scanning in kid, goats that are semen morphology tested and presenting goat embryos for sale."

Nutrien agent Gus Foott said the large number of people going back into goats was evident with the 'outstanding first sale'.

"In the past few years, the goat meat price and cluster fencing/dingo fencing has allowed the graziers to diversify and go back into goats," he said.

"This country is made for goats in western Queensland and western New South Wales, and there are a lot more people going back into goats."