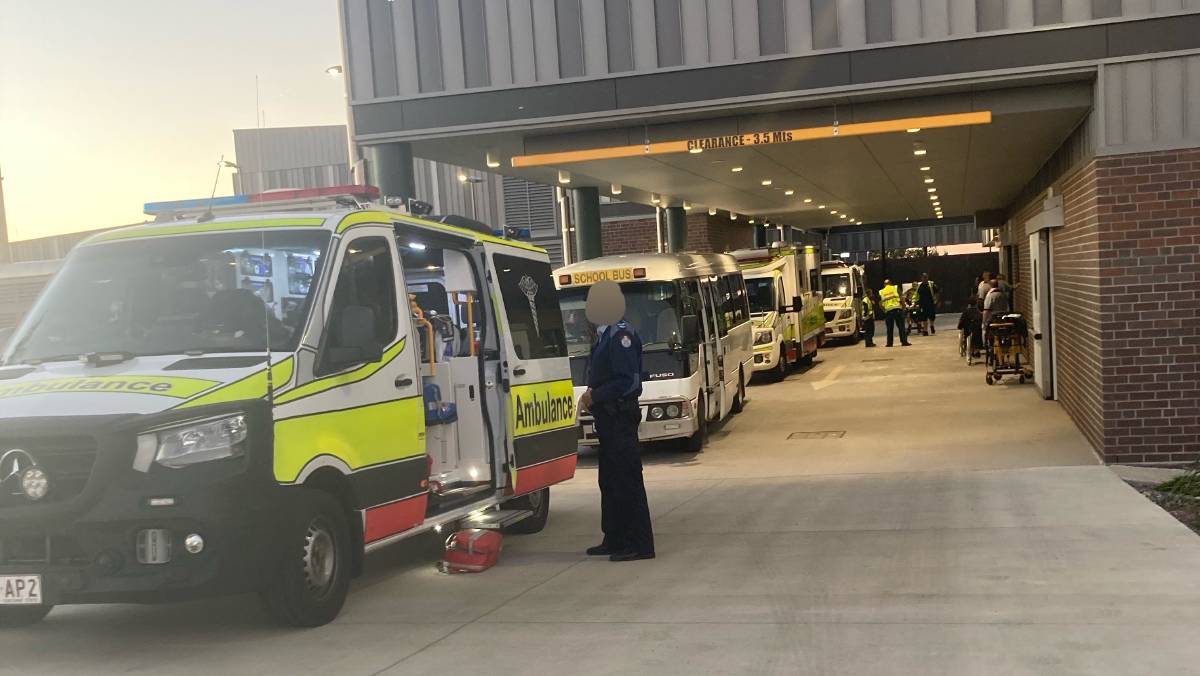 Nineteen patients have been transferred to the Roma Hospital. Picture: Queensland Ambulance Service

A woman has died and a second is in a critical condition following a crash between a school bus and a car near Wallumbilla on Friday.

The 30-year-old Chinchilla woman who was a passenger in the car died at the scene while the 37-year-old driver, also from the Western Downs was taken to hospital in a critical condition.

There were 17 people on board the bus, including the 58-year-old driver, who did not suffer life-threatening injuries.

The most serious of the injuries sustained among the bus passengers was a child with multiple leg fractures.

The highway was closed while the Forensic Crash Unit carried out investigations and has since reopened.

Member for Warrego Ann Leahy said the accident was a shock to many, in the communities of Wallumbilla and Roma.

"My deepest sympathy is extended to the family and friends of the young woman who has lost her life," Ms Leahy said.

"This is a difficult time for the children, their families, and the school bus driver, who all have our friendship and support.

"Condolences are also extended to the family and friends of the truck driver involved in a second fatality involving two trucks north of Roma.

"My heartfelt thanks is extended to the emergency services, rescue crews, RFDS, Lifeflight and all personnel who assisted at the scenes and the staff at the Roma Hospital."