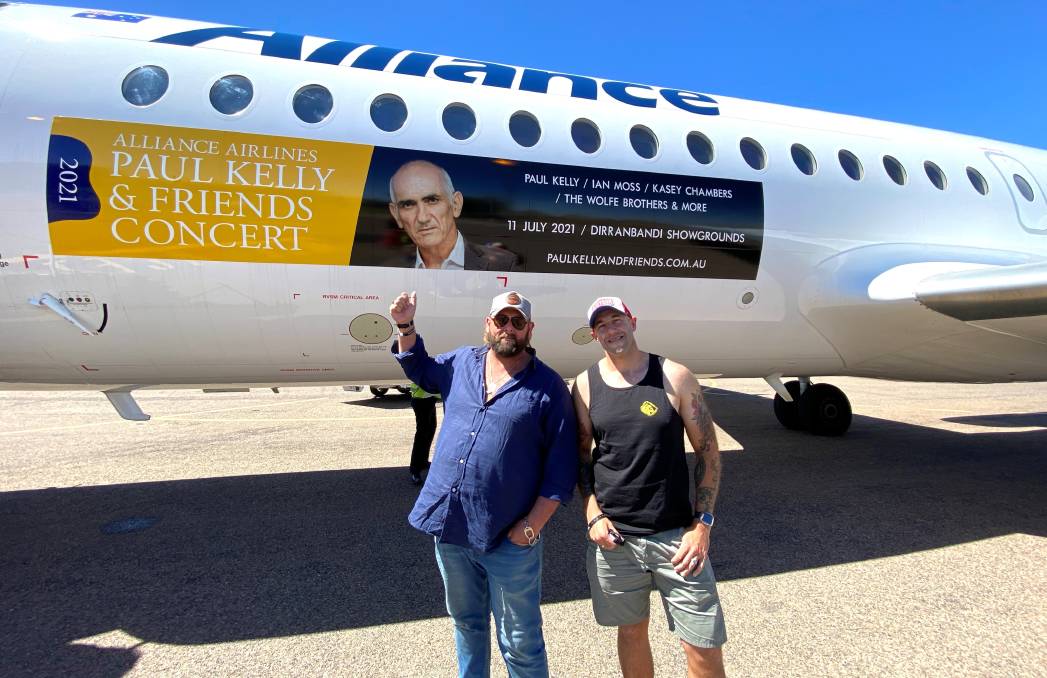 Tom and Nick Wolfe from the Wolfe Brothers happy to share the stage with musical legend Pail Kelly.

Some of Australia's biggest names in music will take to the stage for a charity concert at the Dirranbandi Showgrounds on July 11, 2021.

Dirranbandi usually has a population around 700, but for the last 'Paul Kelly and Friends' event in 2018, it swelled to around three thousand.

Organiser Danny Sheehan from Sheehan Events expects this year's concert to attract an even larger crowd.

"It'll be real western hospitality where the city folk come out and mix with the people in the bush," Mr Sheehan said.

The event is raising funds for the Dirranbandi Ag Studies program, which helps students set up a future in local farming industries and connect with farmers for practical, hands-on experience.

Dirranbandi local and event co-organiser Frank Deshon says the program is for kids who are passionate about staying in the agriculture industry.

"Over the past years, we've had a migration of youth from our rural areas to the east. And generally, unfortunately, not many return. So we want to ignite that passion in the children a bit earlier," Mr Deshon said.

"The concert is also a major boost for the local economy."

The event is set to attract not just locals, but people from across the country. Luxury tents are available for hire, right beside the showgrounds. Organiser group Sheehan Eventsis offering packages which include flights from Brisbane, transfers, accommodation and concert tickets.

"I think concerts like this do so much for the whole shire. For the accommodation and service providers in the shire, it's their Christmases all come at once," said Mr Deshon.

"It's that financial relief that they get on weekends like this that take them through the times when things dry off a bit."