Keen industry members shuffled into Breakfast Creek Hotel on a stormy night in Brisbane to be involved in Queensland's first growers representative organisation.

Unofficially known as iHemp Queensland, the body is the final member to join the Australian Hemp Council, a seven member organisation with representatives from each state and the Northern Territory.

A group of keen hemp producers, processors and industry supporters shuffled into the Breakfast Creek Hotel in Brisbane on Wednesday night to officially form Queensland's first representative hemp growers association in what is a major step for the State's industry.

Unofficially known as Queensland Hemp Association, the body is the final member to join the Australian Hemp Council (AHC), a seven member organisation with representatives from each state and the Northern Territory.

The national body wants to give producers a national unified presence and voice when communicating with government and community.

AHC national president and Tasmanian representative Tim Schmidt baptised the organisation passing a motion for Lauchlan Grout to represent the Queensland arm as the interim president until official nominations take place next month. 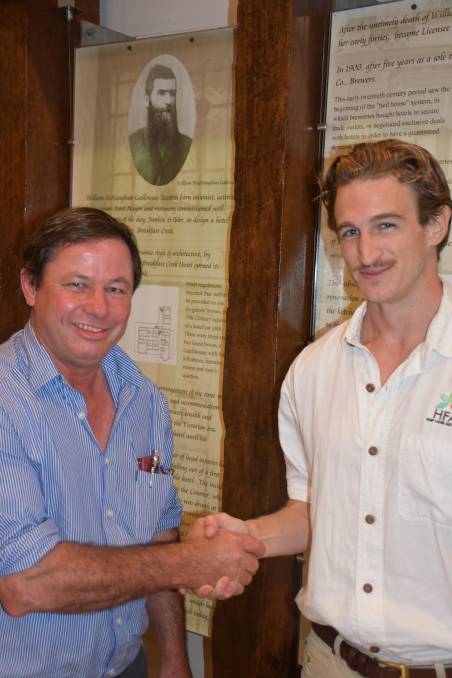 "The purpose of the organisation is to be specifically grower and producer funded group to help pull the industry together and have a clear voice dealing with issues that are specific to growers," Mr Schmidt said.

"This is important because this is the part of the industry that is actually generating revenue and we need to do get ourselves organised as growers so that we can work as point of engagement with organisations such as AgriFutures.

Interim president Mr Grout said the formation of a representative council is a pivotal step for producers and processors in Queensland.

"The state industry needs to have a combined voice, and currently there is no voice. Hemp is like any other industry - you need a combined consensus to legitimise and grow the industry."

"It gives a legitimacy and professionalism to the industry and gives Queensland growers and processors a position of strength."

Mr Grout said Queensland's potential in industrial hemp is greater than other states.

"Queensland has three growing cycles in the one year, that means we have more opportunity than the rest of Australia," he said.

"It gives Queensland a competitive advantage.

"In the last few years the industry has significantly developed, everyone inside the industry know where they stand. Now, more focus can be put on improving the supply chain rather than being first to cross the line."

"Right now Australia is far behind internationally, but with targeted research we can begin to establish ourselves as internationally competitive," he said.