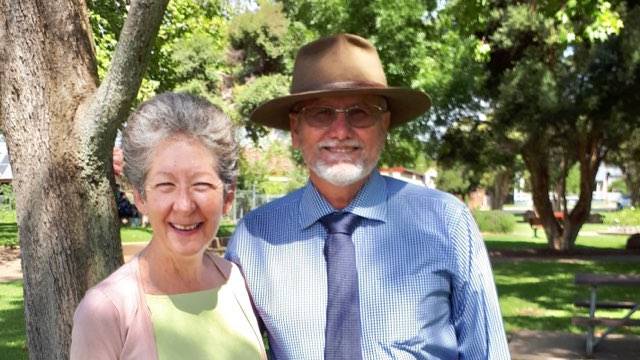 Denis and Theresa Roberts, Ivyhome, Kingaroy, are hoping to have the Irish Moiled breed on display at the next Beef event in Rockhampton.

The pair from AAA Genetics specialise in Speckle Park genetics and have taken on the ambitious project to introduce 'some Irish heritage' into their operation.

The Irish are well known for getting behind their own and Kingaroy farmers, Denis and Theresa Roberts are hoping to be the first to take advantage of that - introducing the first ever Irish Moiled cattle to Australia.

The pair from AAA Genetics specialise in Speckle Park genetics and have taken on the ambitious project to introduce 'some Irish heritage' into their operation.

The breed will be featured in two projects on the Roberts' operation. A 'grade-up' project that will see the genetics crossbred with Droughtmaster and Red Angus, aiming for a fourth-cross purebred for a commercial operation.

And an embryo import into Australia to breed fullblood Irish Moiled cattle to be sold to interested farmers and further develop the breed in Australia.

Mr Roberts said the project is about tapping into a niche market and taking advantage of Irish pride.

"This is my wife's project. She's an O'Sullivan and the Irish love their heritage," he said.

"The idea is to produce a high-quality piece of Irish meat for pubs and restaurants to sell. There's not many places you can go and get yourself something uniquely Irish.

Irish Moiled is one of just a few surviving native breeds to Ireland and have a history that dates back hundreds of years.

Originally considered a dairy animal, the breed has gained a renewed popularity for their marble ability.

The breed also boasts a very low environmental impact and are used in many instances in specialised conservation grazing projects in Ireland - with their grazing proven to encourage growth of a wide range of plants and flora.

"They marble and do really well on grass," he said.

The meat is 'a premium beef' that contains a high level of intramuscular fat to give a perfect marbling with a 'distinctive buttery flavour' and should be enjoyed without sauce, according to the The Irish Moiled Society.